Posted on August 16, 2022 by David E Smith
For 42 years American school children have been subject to a barrage of misinformation about our American history. This has helped cause many of them to hate America. And virtually every day we read about the results.
Posted in Education | Tagged "A People's History", "Debunking Howard Zinn", Christopher Columbus, Critical Race Theory, Daniel Flynn, Emory University, Gary Bauer, Howard Zinn, Marxist, Mary Grabar, Oklahoma, Ronald Reagan, Ryan Walters | Comments Off on Falsely Teaching Our Children That America is Evil

Posted on August 4, 2022 by David E Smith
Business leaders are tasked with developing and executing strategies that lead to desired results, namely, to maximize shareholder value in a manner that is honest, moral, and upright.  Successful businesses measure their performance in a myriad of ways and use these results to implement changes, if needed, to achieve desired results... Why is this not the case for the Illinois Public School system?
Posted in Education | Tagged Common Core, Comprehensive Sex Education, Critical Race Theory, Illinois Public Schools, proficiency standards, SB 818, The 1619 Project | Comments Off on It Is Time to Exit Illinois Public Schools: A Businessman’s Perspective

The Biden Administration’s efforts to trample our Second Amendment rights fall into two categories: overt and covert.

In the more overt category is the game of “changing semantics”- the evolution of word usage usually to the point that the modern meaning is radically different from the original usage. This trend seems to be happening at an ever quickening pace. Even words once easily defined such as “woman” have the power to stump some of our nation’s most educated–case in point– Ketanji Brown Jackson—President Joe Biden’s recent nominee to the U.S. Supreme Court.

Another word not so easily defined …

The Blatant Anti-Christian Sentiment of the Public Schools

Posted on March 4, 2022 by David E Smith
We have all seen and heard many shocking stories relating to public schools, such as the Zoom video where a teacher gets offended by a 10-year-old student for saying that he admires Donald Trump, or the insane Critical Race Theory or LGBTQIA indoctrination that students are constantly fed. This following story, however, is on a whole new level of demented, even for public schools.
Posted in Education | Tagged Critical Race Theory, Donald Trump, LGBTQIA indoctrination, Lisa Grimes | Comments Off on The Blatant Anti-Christian Sentiment of the Public Schools

Wheaton College, once one of the finest Christian colleges in the country, proves yet again that evangelicalism has been corrupted by anti-biblical worldviews.

Recently, during a question-and-answer time following chapel, Wheaton College president, Philip Ryken, was asked if Wheaton teaches critical race theory (CRT). Presumably, the student was not asking whether professors teach about CRT as a much-criticized theory. Presumably, the student was asking if any professors promote or affirm CRT as they teach it. It has been reported that Ryken seemed uncomfortable with the question, but ultimately admitted that yes, Wheaton College does teach CRT.

Yet Again, Power Brokers Try to Suppress the Truth

Posted on February 24, 2022 by David E Smith
It’s no secret that most of the major social media companies want to suppress speech, specifically that of conservatives, but they are becoming more emboldened and blatant in their intentions. Not only do they censor truth, but they also shamefully promote their radical, sinful agenda. In a recent interview, Susan Wojcicki, CEO of YouTube, talked about how difficult it has been to moderate the platform, specifically referring to COVID-19 “misinformation.”
Posted in Media Watch | Tagged COVID–19, Critical Race Theory, Evan O'Bryan, LGBT propaganda, Susan Wojcicki, Terry McAuliffe, TikTok, YouTube | Comments Off on Yet Again, Power Brokers Try to Suppress the Truth 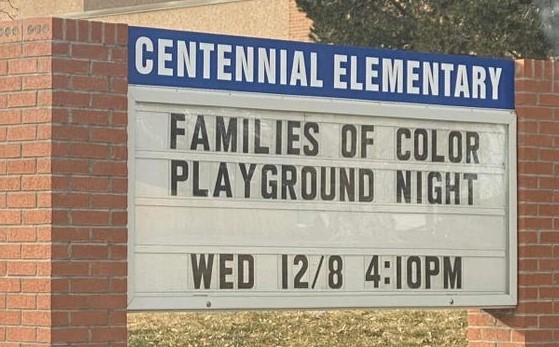 After receiving complaints from donors and bad press, the Salvation Army has removed the guide, “Let’s Talk About Race.” The removal of the guide is a step in the right direction, and we should applaud the charity for its willingness to remove the document. Nonetheless, the organization has not disavowed Critical Race Theory (CRT) or apologized to those they may have offended with divisive statements. Christians, therefore, may praise the move to remove the guide but should remain diligent in the fight against Critical Race Theory and Marxism.

The Salvation Army has released several statements denouncing that they …

Posted on December 6, 2021 by David E Smith
Have you recently heard the scornful claims of “progressives” who assert that critical race theory (CRT) is absolutely, unequivocally not taught in public schools? Never, no way, no how. Have you heard the suspiciously uniform proclamations that CRT is an academic theory originating and taught exclusively in law schools? Well, take a gander at this upcoming course offered at the Illinois Mathematics and Science Academy—a public high school:
Posted in Education | Tagged Critical Race Theory, diversity, equity, Equity and Excellence, Illinois Mathematics and Science Academy, inclusion, Social Justice, Thandeka Chapman, Traci Ellis | Comments Off on Critical Race Theory at Illinois Mathematics and Science Academy

At the most recent School District 200 Board Meeting in Wheaton, Illinois, new school board member and cunning rhetorician, Mary Yeboah, Director of Graduate Student Life at Wheaton College, posed six questions to the board,  beginning with a prefatory statement that let the woke cat out of the bag:

I would like to ask six rhetorical questions regarding the proposed October 10th, 2022 and October 9th, 2023 no-school all-grades Columbus Day/Indigenous People’s Day in relation to district purposes outlined in the mission of School District 200, Vision 2022, and the portrait of a graduate work. To be very clear,

Recent Election Proves Social Issues Are Not the Third Rail

Posted on November 5, 2021 by David E Smith
If we learned anything from the recent midterm elections—and we should have learned a lot—it should be that the “social issues” are not the third rail of politics. The claim that it is the third rail is a manipulative and self-fulfilling lie told ad nauseum by RINOs who are so foolish they don’t understand that the social issues are essential for the health of any society.
Posted in Federal | Tagged Bell Hooks, Critical Race Theory, Dave Rubin, Derrick Bell, Guy Benson, Henry Giroux, Herbert Marcuse, Kimberlé Crenshaw, Paulo Freire, Peggy McIntosh, Peter McLaren, Richard Delgado, Social Issues, Tammy Bruce | Comments Off on Recent Election Proves Social Issues Are Not the Third Rail

No, Juan Williams. ‘Parents’ Rights’ Is Not a Code for White Race Politics

Posted on November 3, 2021 by David E Smith
In his November 1 op-ed for The Hill, Fox News Analyst Juan Williams claimed that the “parents’ rights’ mantra in the Virginia gubernatorial elections is simply “a code for white race politics.” To the contrary, this really is about parents’ rights and about what is best for all children. To inject charges of white supremacy and racism is to miss the whole point of why so many parents are so upset. In all candor and with due respect, I would have expected better from Mr. Williams.
Posted in CRT/Racism/BLM, Marriage/Family/Culture, Media Watch | Tagged Black Lives Matter, Condoleezza Rice, Critical Race Theory, Fox News, Glenn Youngkin, Juan Williams, LGBTQ Agenda, Parental Rights, Terry McAuliffe, The Hill, white supremacy | Comments Off on No, Juan Williams. ‘Parents’ Rights’ Is Not a Code for White Race Politics

When it comes to education policy, the Biden administration is making the radicalism of the Obama years look mild by comparison.

The goal is to ultimately replace parents with bureaucrats and “experts” to facilitate the indoctrination of America’s youth. That transformation is accelerating.

If left unchecked, catastrophe awaits. However, the more monstrous the federally directed abuses in schools become, the more outraged Americans join the fight.

The future of the nation is literally …