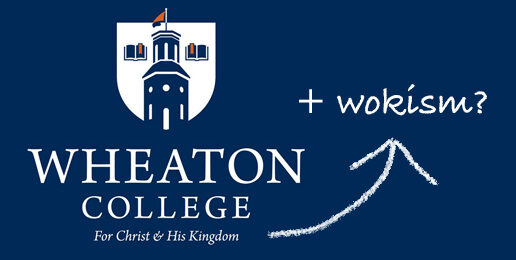 Wheaton College, once one of the finest Christian colleges in the country, proves yet again that evangelicalism has been corrupted by anti-biblical worldviews.

Recently, during a question-and-answer time following chapel, Wheaton College president, Philip Ryken, was asked if Wheaton teaches critical race theory (CRT). Presumably, the student was not asking whether professors teach about CRT as a much-criticized theory. Presumably, the student was asking if any professors promote or affirm CRT as they teach it. It has been reported that Ryken seemed uncomfortable with the question, but ultimately admitted that yes, Wheaton College does teach CRT.

Cartagena is not alone. Here is the content of several slides Wheaton College Associate Professor of Anthropology Christine Jeske recently showed in class: 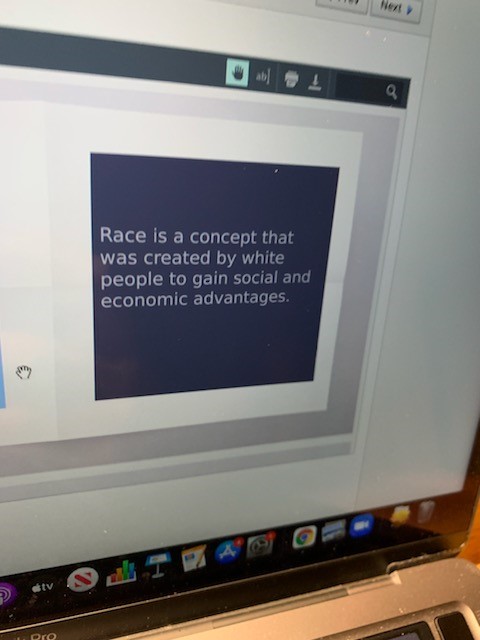 In both tweets, Howell linked to the “thoughtful response” by Wheaton’s Vince Bacote, Professor of Theology and Director of the Center for Applied Christian Ethics.

The “lamentable” article to which Bacote was responding is titled “Woke Theory at Evangelical Colleges”  by Gerald McDermott, editor of the anthology Race and Covenant, that includes essays by, among others, Alveda King, Carol Swain, Glenn C. Loury, and Robert L. Woodson, Sr.

In a measured tone, McDermott warns Christian parents who “assume that evangelical institutions are free from” secular ideologies like CRT to look more closely at such institutions given some recent events at Wheaton College, Baylor University, and Samford University. He provides specific evidence to justify his concerns.

Bacote begins his “thoughtful response” by expressing his “exasperation and anger” about McDermott’s “lamentable” article, which Bacote claims suffers from “minimal evidence, anonymous voices, and suggestions of infidelity to the faith.” He described the article as “ephemeral” and “thin, because the article seems not to be the result of an effort to know what is really happening at institutions like my own and others.”  Bacote “wonders whether McDermott thought to go to the sources of purported wokeness at Wheaton, Baylor, and Samford, instead of merely to the voices of concern or worry.”

Bacote also acknowledged the temptation to take the “road of holy rage,” but decided instead to write “from a place of lament.” Yeah, right.

Bacote blames the adoption of a “secular gospel” by “evangelical institutions”—presumably including evangelical colleges like Wheaton—on the failure of these institutions to do the following:

to become places founded on the biblical truth of a God who wants His people to be agents of justice, places that are part of a kingdom whose citizens pursue a primary fidelity to God alone … places filled with kingdom citizens who love their neighbors as themselves  … places that lead the way in showing how people across races and cultures can live well together; places whose members seek a sanctified life expressed by forms of public engagement that help our country become a place of flourishing for all citizens.

Ironically, Bacote doesn’t provide any evidence for his rather breathtaking indictment of evangelical institutions. He doesn’t even try to prove that evangelical institutions have failed to become places founded on the biblical truth of a God who wants His people to become agents of justice or that they have failed to become places filled with kingdom citizens who love their neighbors as themselves. Bacote provides less evidence for his expansive charges than McDermott does for his limited claims.

Bacote alleges McDermott took a statement made by Dr. Sheila Caldwell out of context—a statement McDermott included as evidence for his claim that Wheaton may be awokening.

Until June, Caldwell was Wheaton’s Chief Cultural Engagement Officer, a position she left to become Southern Illinois University System’s Vice President for Diversity, Equity, and Inclusion and Chief Diversity Officer. In order to fill in the gap that so incensed Bacote, I will provide more of the context of Caldwell’s surprising (and some would say inappropriate) speech to students at Wheaton’s “Inaugural Racialized Minority Recognition Ceremony” (to clarify the murky sophistry, this was Wheaton’s first racially segregated graduation ceremony). Here is the larger context of the quote McDermott included in his “lamentable” article. These are the words of Dr. Sheila Caldwell:

We must resist America and her institutions when they place limits on our God-given abilities and attempt to regulate us to a caste system, which is defined as a system that presumes the supremacy of one group over another based on arbitrary boundaries to keep the right groups in their assigned place. In other words, if you are a racialized ethnic minority, the caste system communicates that your place in society is beneath the majority or privileged caste. …

As a black woman, many have tried to condition me to believe that if I do not assimilate or if I do not conform to the white power structures or if I’m not deferential and submissive to the patriarchy, then I’m a problem, [that] if I speak boldly, and directly, and clearly that I’ll be perceived as someone who is angry or ill-tempered. Their aim is to have me shrink myself to make them feel more comfortable and to not resist the caste position that was not only assigned to me but my parents, my grandparents, and my great-grandparents in America.

And I’m not the only woman from a racialized ethnic background that has been imprisoned by a tyrannical caste system. One aspect of living with dignity is acknowledging others who have suffered under the dominant caste. Dr. Larycia Hawkins was another woman who experienced more pain than protection because she was not a member of the privileged group.

During my early tenure at Wheaton College, I embarked on a listening tour and came to learn from the testimonies of over ninety individuals that Dr. Hawkins was deeply admired by faculty, staff, students as well as alumni in the Wheaton College community. Every last one of them initiated a conversation without my prompting. I’ve never spoken to Dr. Hawkins. I’ve never met her. But without my prompting, over ninety people decided they wanted me to know what they thought of her.

The overwhelming majority spoke favorably about her unflappable disposition and deep convictions that was [sic] misinterpreted by some as insolence and insubordination.

As I close out my tenure at Wheaton College, I continue to bend my ear to stories told and untold about Dr. Hawkins. Stories that speak to her walking with dignity and declaring her full humanity as a black woman, stories of her maintaining grace, integrity, and composure when she was pressured to know her place and stay in her place. She refused to defer to structures and processes that would cement her position in the American caste system.

In the same way, I would encourage you to not only resist powerful, inequitable infrastructures but to work relentlessly and passionately to pursue anti-racism—not only for yourselves—but for all who are equally, wonderfully, and fearfully made in the image of God.

What I would also like to say is that the spirit of God led me to say that, so please don’t call the Alumni Office. Please don’t email SAC [Senior Administrative Cabinet].

Does it concern Bacote or Howell that while First Things subscribers were free to read McDermott’s article or not, Caldwell delivered her screed to a captive audience there to see their children’s accomplishments honored—not to hear an embittered social justice warrior accuse without evidence Wheaton College of racism?

For example, Caldwell could have mentioned that Larycia Hawkins said Muslims and Christians worship the same God. Wheaton administrators and the Board of Trustees may have found that more significant than Hawkins’ unflappability.

I stand in religious solidarity with Muslims because they, like me, a Christian, are people of the book. And as Pope Francis stated last week, we worship the same God.

I wonder too if Bacote was troubled by the absence of evidence from Caldwell for her claims.

Who tried to condition Caldwell to believe that she had to assimilate or conform to white power structures or to believe that if she spoke directly and clearly, she would be perceived as angry?

How did that conditioning happen?

What specifically are the white power structures to which she was conditioned to assimilate?

Since “Every last one” of the ninety people “initiated a conversation” with Caldwell about Hawkins without Caldwell’s “prompting,” what exactly was she asking when she embarked on her listening tour over three years ago? It’s odd that alumni would seek out a new employee to share their unsolicited feelings about a person who hadn’t worked at Wheaton for three years. Enquiring minds would like to know a bit about the political orientation of the ninety people who pursued Caldwell to share their unsolicited feelings about Hawkins.

Bacote may have a point about the failure of evangelical institutions to address justice from a biblical perspective. I can’t recall hearing from Wheaton College professors or President Ryken about the injustice of men masquerading as women and invading women’s bathrooms and locker rooms. I can’t recall hearing about Wheaton profs protesting the manifestly unjust sexual integration of women’s sports or the efforts to compel teachers to refer to students by incorrect pronouns that deny God’s created order. Do the social justice warriors among Wheaton faculty protest the obscene novels and plays purchased with their tax dollars and which promote biblically prohibited sexual deviance to children? Do Bacote, Howell, and other wokesters at this leading evangelical institution lead the fight against the chemical and surgical mutilation of minors and adults as a “treatment” for healthy bodies created by God? Do those failures exasperate and enrage Vince Bacote and Brian Howell?

Is It a Sin Not to Vote?