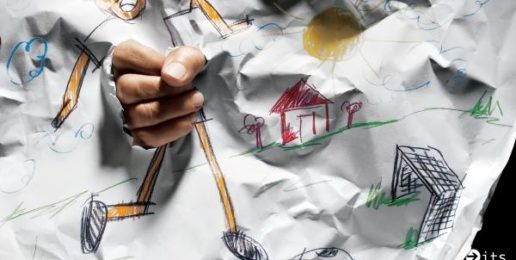 Anyone who missed our introductory article in this series click here. The full series is found here.

What the heck is hebephilia? At times it can be difficult to keep over 500 paraphilias straight, since so many of them run together. Heaven forbid that we confuse any of this — the spelling and/or the age brackets.

The efforts to break down common sense moral barriers is being chronicled on this website, and in an article published at BarbWire, “Promoting Pedophilia,” contributor Bill Muehlenberg writes:

Andrew Gilligan has written an important piece looking very closely at the attempt to make paedophilia fully normal and acceptable. He begins:

“Paedophilic interest is natural and normal for human males,” said the presentation. “At least a sizeable minority of normal males would like to have sex with children … Normal males are aroused by children.”

Was this statement from some yellowing tract from the Seventies or early Eighties era of abusive celebrities or the infamous PIE, the Paedophile Information Exchange? No. Was it made by an anonymous commenter on some underground website? No again.

The statement that paedophilia is “natural and normal” was made last July. It was made as one of the central claims of an academic presentation delivered, at the invitation of the organizers, to key experts at a conference held by the University of Cambridge. Other presentations included “Liberating the paedophile: a discursive analysis,” and “Danger and difference: the stakes of hebephilia.”

Says Gilligan, “After a fierce battle in the American Psychiatric Association (APA), which produces it, a proposal to include hebephilia as a disorder in the new edition of the manual has been defeated.”

That sure sounds familiar, doesn’t it?

Let’s get to our paraphilias for today — today we’re lopping a few together for the sake of time.

These definitions are from our old friends at Wikipedia*:

Pedophilia or paedophilia is a psychiatric disorder in which an adult or older adolescent experiences a primary or exclusive sexual attraction to prepubescent children, generally age 11 years or younger. As a medical diagnosis, specific criteria for the disorder extends the cut-off point for prepubescence to age 13. A person who is diagnosed with pedophilia must be at least 16 years of age, but adolescents who are 16 years of age or older must be at least five years older than the prepubescent child before the attraction can be diagnosed as pedophilia.

Ephebophilia is the primary or exclusive adult sexual interest in mid-to-late adolescents, generally ages 15 to 19. The term was originally used in the late 19th to mid 20th century. It is one of a number of sexual preferences across age groups subsumed under the technical term chronophilia. Ephebophilia strictly denotes the preference for mid-to-late adolescent sexual partners, not the mere presence of some level of sexual attraction. Some authors define ephebophilia as a sexual preference for pubescent and adolescent boys.

That’s enough for today. As promised, click here to read through our important list of questions. Just fill in the blanks with today’s paraphilias and put on your thinking cap.

In the meantime, join us next when we’ll take a look at another paraphilia. If America is to be truly free, shouldn’t all sexcentric-identified individuals be treated equally under the law?

* Author’s note: The above definitions are now 3 years old — if you’d like to compare the 2013 versions with the 2017, I encourage you to do so. Wikipedia, with its Leftist bent, is always trying to refine and lessen the ridiculousness of all of the paraphilia’s definitions.

Up next: Identity Politics and Paraphilias: Sports & Exhibitionism

Google Doodle, Putin and Our Public Schools
b
a
x
r