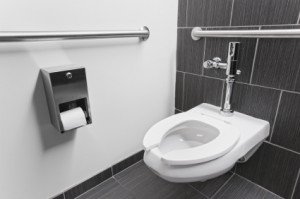 Almost every day in the op eds it’s there — the secret path to victory for economic and social conservatives. Will they see it?

Fiscal conservatives work to present well thought out policies that work in line with human nature and economics. For example, how to structure the health care system so health care is both accessible and affordable for everyone. Leftists, on the other hand, ignore economics and seek “fairness” for aggrieved groups and create a mess like Obamacare.

Social conservatives seek to preserve things that have been proved throughout history to work best for a healthy civilization — the protection of innocent life and the societal building block of marriage and the natural family. Leftists prefer to grant everyone “rights” based upon their feelings. Not even biological sex is recognized as reality.

The secret path to victory for conservatives isn’t a secret at all — it’s in plain view: Leftists push identity politics — and conservatives should draw the contrast using bold colors.

Within weeks, three writers at Front Page Magazine discussed the phenomenon of identity politics and here are a few quotes from them. First, Michelle Malkin:

On to our focus on the identity politics category of paraphilias. Today we’ll define both (#1) Urolagnia and  (#2) Coprophilia, since they’re obviously related. Here are their Wikipedia entries:

Urolagnia (also urophilia, undinism, golden shower and watersports) is a form of salirophilia (which is a form of paraphilia) in which sexual excitement is associated with the sight or thought of urine or urination. The term has origins in the Greek language (from ouron — urine, and lagneia — lust).

Coprophilia (from Greek κόπρος, kópros—excrement and φιλία, philía—liking, fondness), also called scatophilia or scat (Greek: σκατά, skatá-feces), is the paraphilia involving sexual arousal and pleasure from feces. In the Diagnostic and Statistical Manual of Mental Disorders (DSM), published by the American Psychiatric Association, it is classified under 302.89 — Paraphilia NOS (Not Otherwise Specified) and has no diagnostic criteria other than a general statement about paraphilias that says “the diagnosis is made if the behavior, sexual urges, or fantasies cause clinically significant distress or impairment in social, occupational, or other important areas of functioning”. Furthermore, the DSM-IV-TR notes, “Fantasies, behaviors, or objects are paraphilic only when they lead to clinically significant distress or impairment (e.g. are obligatory, result in sexual dysfunction, require participation of nonconsenting individuals, lead to legal complications, interfere with social relationships)”.

Let’s get out of here and close with our question of the day: Will we see prime time television programs and movies with lovable Urolagnia and Coprophilia “oriented” characters? If not, that is clear discrimination.