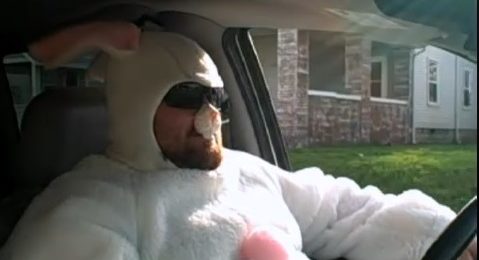 Last time we introduced transgenderism, the next letter on the LGB…T march into the new world. There is way too much to cover in just one more post but I’ll do my best. If you’re like me, you’re pretty tired of this topic after the past couple of years.

We left off with the first paragraph from the transgender Wikipedia page — here are the third and fourth paragraphs:

The degree to which individuals feel genuine, authentic, and comfortable within their external appearance and accept their genuine identity has been called transgender congruence. Many transgender people experience gender dysphoria, and some seek medical treatments such as hormone replacement therapy, sex reassignment surgery, or psychotherapy. Not all transgender people desire these treatments, and some cannot undergo them for financial or medical reasons.

Most transgender people face discrimination at and in access to work, public accommodations, and healthcare. They are not legally protected from discrimination in many places.

Later on the page under the heading LGBT Community our Wikipedia friends provide some helpful information:

Got that? Here is Matt Barber:

I’ll wager that next year Reuters scores a 150 percent on HRC’s “equality index” if it offers a category for “species identity.” If “a person’s innate, deeply felt psychological identification” is all that matters, then who is Reuters — who are any of us — to discriminate if an employee wants to get in touch with his inner horse and run the Kentucky Derby?

For that matter, what about “racial identity?” Again, why the intolerant and arbitrary “gender-identity” narrow-mindedness? Roseanne Barr is a short, obnoxious white woman today, but who’s to say that tomorrow she won’t develop an “innate, deeply felt psychological identification” as a seven-foot black man? Watch out, NBA.

Three years ago at American Thinker, Chad Felix Greene penned the article, “Transphobia: A Reasonable Response?” In it, he summed up some important recent history:

The DSM – 5 (Diagnostic and Statistical Manual of Mental Disorders) in 2013 changed the condition from Gender Identity Disorder to Gender Dysphoria. This was celebrated by the LGBT (the “T” is for Transgender) community as a victory for equality.

The goal was to “remove the ‘stigma’ associated with having a mental illness.” Greene quotes one supporter of the change: “A right-winger can’t go out and say all trans people are mentally ill…”

Regardless of the opinion if Transgenderism is a mental illness, a biological error, a personal choice or an emotional and psychological imperative we are free to embrace or dismiss the concept. By demanding that all people accept gender expression as relative to the presenter, we are stigmatizing natural impulses. It is wrong to demand that a person be labeled as a bigot for not viewing another person as that person demands to be viewed. In the end liberals do not create a more tolerant and open world, they merely create new and irrational categories of people to discriminate against. Appreciating the personal journey of an individual changing their gender is equally as tolerant as disapproving of the fluid manipulation of gender in the first place.

It might seem as if we are jumping back and forth between topics — but we’re not — they’re all “identities,” and thus all related.

Up next: Why the Term “Sexual Orientation” is Nonsense.

IFI exists to serve the Christian community in Illinois with email alerts, video reports, pastors’ breakfasts, special forums, worldview conferences and cultural commentaries. We do not accept government funds nor do we run those aggravating popup ads to generate funds.  We depend solely on the support of readers like you.

Identity Politics: Is America and the World Running Out of Patience with LGBTQIA Activism?
b
a
x
r