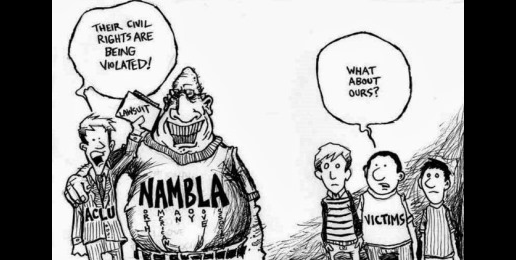 Identity Politics gets a lot of press — both conservative and liberal. The topic permeates nearly every area of life in the America of today. Yet for all the attention, not nearly enough people understand the most basic aspect of the conservation.

The advance of so-called “gay rights” and normalization of the lifestyles of the LGBTers has made huge (what its supporters call) “advances.” Supporters of Judeo-Christian morality call it, simply, a return to paganism. More on that (paganism) as the series unfolds.

It is my contention that identity politics is childish and succeeds only when thinking people decide to accept faulty premises. If that doesn’t sound “intellectual” to you, think for a bit about how common sense often sounds: common. My goal with these articles is to take a look at just how many potential “identities” are possible. That survey, I believe, cries for common sense to finally become a bigger part of this national discussion.

I’m a white guy — yes, one of those — but I’m no WASP. I’m not a member of the elite or the establishment. I wasn’t born into money. I have worked many blue collar and white collar jobs, both in the private and public and political sectors. My bio on my website reads simply: I am a Christian, an American citizen, and I work in the arena of applied political science.

So let’s list what I am (some of my “identities”):

No doubt there are other categories I fit into, but that’s enough for now. To be honest, though, I’ve never thought in terms of my “identities.” For all of my life they have been a side issue to what I am at my core: I am a human being with God-given rights — and I happen to believe in that very same God.

But let’s say you meet someone who is a man but wants to be identified as a woman? Or a white girl who wants to be identified as a black girl? Let’s say you meet someone who claims to be the person that was the inspiration of the Jason Bourne character from the novels and movies. That’s how they self-identify. It’s deep in their soul. It’s how they see themselves. What if I have severe doubts about the legitimacy of their claims? Am I a hateful intolerant bigot for not buying it?

The list of identities of all sorts is actually endless. Obviously not all “identities” involve sexual arousal, but since we have so many of them to cover, most of my focus will be on the paraphilias.

For the record, I look to those I consider the well-versed or even experts on the topic of identity politics, which includes the LGBT issue. The substance of this series will depend primarily on the words of others.

Back in 2014 I penned a series called “The Paraphilia of the Day,” which ran on BarbWire.com and my own website. What is a “paraphilia”? This intro to the Wikipedia page on the topic is good enough:

Paraphilia (also known as sexual perversion and sexual deviation) is the experience of intense sexual arousal to atypical objects, fetishes, situations, fantasies, behaviors, or individuals. No consensus has been found for any precise border between unusual sexual interests and paraphilic ones. There is debate over which, if any, of the paraphilias should be listed in diagnostic manuals, such as the Diagnostic and Statistical Manual of Mental Disorders (DSM) or the International Classification of Diseases (ICD).

The number and taxonomy of paraphilias is under debate; one source lists as many as 549 types of paraphilias. The DSM-5 has specific listings for eight paraphilic disorders. Several sub-classifications of the paraphilias have been proposed, and some argue that a fully dimensional, spectrum or complaint-oriented approach would better reflect the evidence.

By the way, when I first cited that page, there were 547 types of paraphilias.

Too few Americans actually talk about what we’re really talking about when the subject of the “LGBT community”/identity politics comes up. LGBT represents only four letters — thus, 4 identities.

For the past couple of years the “T” in LGBT has been getting a lot of attention. A biological male can become a female, don’t ya know. Well, that’s not the worst of it. Get ready because a lot of letters follow that “T.”

You have probably seen a Q added on, or a Q, I, and A as well. From what I can gather, there is currently a great debate over which letters should be officially added next — and what those letters should stand for. Here are just a couple of variants currently discussed:

I kid you not.

Up next: Wading into the alphabet soup of paraphilia identities.