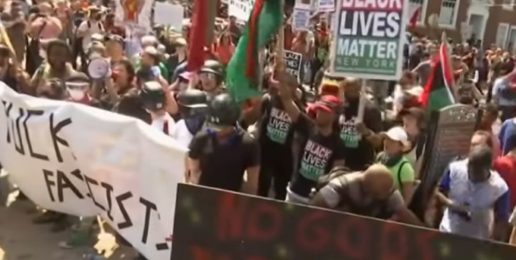 Charlottesville: A Return to the Topic of Identity Politics
Written By John Biver   |   09.06.17
PRINT

It is time to return to our Identity Politics and Paraphilias series, and events surrounding Charlottesville serve as the path back.

This focus on identity politics is important because while it’s being written about a lot, in my view it’s still not receiving the serious level of discussion that it deserves.

Leftists want to fundamentally transform the United States. Unfortunately, they do not nearly have the level of support they need to accomplish it. What they would sell—socialism which leads to Venezuela-type poverty and tyranny—they can’t, so they seek to distract and destroy with divisive identity politics.

They need countless aggrieved sects fighting each other. This has always been a big part of the strategy of the cultural Marxists.

The purpose of the other part of this series — our highlighting of paraphilias — is to outline more fully the dangerous agenda of the identity politics champions. Many of these champions ride under the banner of LGBTQIA. What they don’t want you to know is that those letters represent only the beginning of the show.

The country has now been introduced to a growing number of genders — who knew that there could be so many? Silly common sense used to hold that there were only two. Here is one list that runs 13 pages.

The number of paraphilias is far greater than both the number of letters currently listed following LGBT and the count of gender varieties.

Thus, paraphilias deserve attention. According to Leftists, if America is to be truly free, all sexcentric-identified individuals should be treated equally under the law. Therefore, there is no logical answer from them as to why discrimination should be allowed for any other perversions.

So — identity politics and paraphilias fit nicely together. The Leftists know that we can’t remain a county whose motto is “out of many, one.” They want the opposite, “out of one, many.” Did I mention that not all the identities involve sex and gender? There are also “oppressed” minority groups. And a lot of them!

And now Charlottesville has brought into the spotlight a few more labels — such as crazies and anarchists: Neo-Nazis, KKK members, Antifa, and Black Lives Matter.

Commentator Tammy Bruce penned an article with this title and lead:

The deadly impact of identity politics
By conflating white supremacists and Trump supporters, the ‘Resistance’ pours hate on hate

Americans know full well the environment of hate and violence that identity politics has served us.

The concerted effort by the so-called “Resistance” to further divide this nation is disgusting and dangerous. By singularly focusing on such a craven goal of race hatred and suspicion, and conflating white supremacists with all Trump voters, they not only ignore the real issue of the danger of identity politics, they contribute to it.

In the wake of Charlottesville, commentator Michael Brown wrote:

Identity politics can be just as dangerous as outright racism. Both are divisive, both demean the value of others, and both make judgments based on skin color or ethnicity.

In a country of 320 million people of stunningly diverse ethnic backgrounds and philosophies, this is a fire bell in the night for complete cultural disintegration. The end result will be uglier than the already sickening events that took place this past weekend.

Bruce Thornton, one of my favorite writers, notes in an article at Front Page Mag:

Identity politics based on grievance and victimization requires that there always be grievances and victims. Progress cannot be admitted, no more than any of us can be born free from Original Sin. The permanence of racial sin, and the need for whites to act in ways that advantage the “victims,” forbid such reconciliation.

It used to be called the “culture war.” The phase we are moving into will make that war look like the good old days. Now it’s bigger, and on purpose. Fueled by Leftists on a mission, violent radical groups are, in the words of Jarrett Stepman, stepping up “their efforts to plunge the nation into constant social unrest and civil war.”

Up next: Paraphilias of the Day: Pedophilia, Hebephilia, Ephebophilia, and Pederasty

Ride the Thunder
b
a
x
r