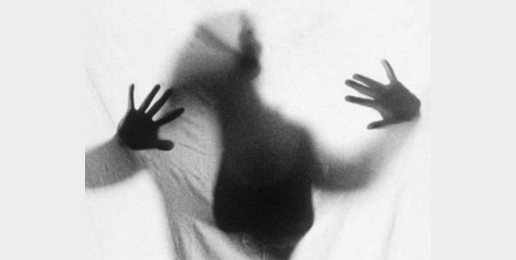 The first is from Ryan T. Anderson — note the important introduction following the title:

How to Think About Discrimination: Race, Sex, and SOGI
Sexual orientation and gender identity (SOGI) antidiscrimination laws are unjustified, but if other policies are adopted to address the mistreatment of people who identify as LGBT, they must leave people free to engage in legitimate actions based on the conviction that we are created male and female and that male and female are created for each other.

In a new report for the Heritage Foundation, “How to Think About Sexual Orientation and Gender Identity (SOGI) Policies and Religious Freedom,” I argue that current proposals to create new LGBT protections with varying types of religious exemptions will not result in what advocates claim is “Fairness for All.” Instead, they will penalize many Americans who believe that we are created male and female and that male and female are created for each other—convictions that the Supreme Court of the United States, in Obergefell v. Hodges, recognized are held “in good faith by reasonable and sincere people here and throughout the world.”

Mr. Anderson is a talent and conservatives benefit greatly from his work. However, like Victor Davis Hanson yesterday, I’m not sure he grasps how far “identity politics” goes. This series shows that it extends far beyond the relatively narrow “LGBT.” In fact, there is almost no end to the number of letters that can follow the “T.”

Here is the next article from Public Discourse — this one is by Scott Beauchamp. For the sake of space I’ll only list the title and its introductory sentence which says a lot:

The Kids Aren’t All Right: What the Gender-Identity Revolution Has in Common with 1960s’ Drug Culture
The LSD consciousness-expansion movement of the late sixties and today’s gender-identity fixation are both counterfeit revolutions. The two might initially appear very different, but they share similar intellectual assumptions and make analogous mistakes.

And lastly, from Emily Zinos:

Biology Isn’t Bigotry: Christians, Lesbians, and Radical Feminists Unite to Fight Gender Ideology
Public schools have a duty to serve all children, but a school cannot serve children and a totalitarian ideology all at once. For the sake of children’s well-being, Christian mothers are uniting with their radical feminist and lesbian sisters to reject the idea of “gender identity.”

Just three sentences from the article:

The belief that one’s internal sense of self determines maleness or femaleness and that subjective feelings take precedence over an objective physical reality constitutes a severing of mind from body. Our sex is who we are: it can’t be amputated from our body like a limb. But the true believers in gender ideology are hard at work, pulling in converts to this gnostic worldview that shuns the material that we humans are made of: the body.

I realize many readers are terribly anxious to learn about today’s paraphilia so let’s get to it. (Oh, and I’m sorry, TheOnion.com, you can’t have this one since it’s real and not satire.)

Once again we’re going to rely on trusty Wikipedia. As an aside, just so you know, I am fully aware of the problems with Wikipedia. If you’re not sure what I’m referring to, check out here how they duplicate the Oprah Winfrey “pregnant man” lunacy (spoiler alert: “Thomas,” formerly Tracey, was born a girl).(Would it be disrespectful at this point to include the letters ‘LOL’?)

Autassassinophilia is a paraphilia in which a person is sexually aroused by the risk of being killed. The fetish may overlap with some other fetishes that risk one’s life, such as those involving drowning or choking. This does not necessarily mean the person must actually be in a life-threatening situation, for many are aroused from dreams and fantasies of such.

Be sure to click on this link to learn more — because you need to be ready when Nintendo bows to pressure and creates a video game which includes autassassinophilias. Your kids might need it explained — that is, if they haven’t gotten to that chapter in the diversity textbook at school.

Up next we’ll take a look at another example of the ways people experience “intense sexual arousal to atypical objects, situations, or individuals.” If America is to be truly free, shouldn’t all sexcentric-identified individuals be treated equally under the law?