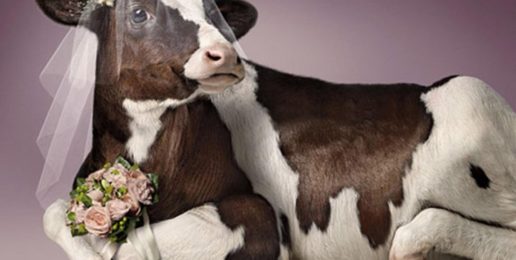 It is worth restating my premise for these articles: The letters “LGBT” don’t really end with the letter “T,” and all the letters that follow deserve an equal footing with the first four. Thus, expect increasing irrationality and craziness from the radical political leftists in the months and years ahead.

Many fiscal conservatives consider themselves “enlightened” and thus look down on anyone concerned about those pesky and backward “social issues.” They can consider this another wake up call. The breakdown of the family and an increasingly divided society resulting from identity politics means your efforts to restore limited government (even a little bit) are doomed to fail.

You can’t tear up the social fabric and expect a lean government. You can’t have one kind of society and another kind of government. Here’s more bad news: you cannot separate the economic issues from the social issues.

Last November Daniel Payne posted a piece at The Federalist titled, “Why Liberals’ Coming Fight Over Identity Politics Will Be Ugly.” Here was the introductory sentence: “The more practical wing of the Democratic Party and the more manic, single-minded constituency largely comprised of young liberals are in for a giant fight.”

The tried-and-true formula of liberal success served reasonably well throughout the young twenty-first century and quite well throughout much of the second half of the twentieth. Yet this boiling stew of identity politics centering on race, sex, and sexual orientation failed the Democrats at precisely the moment it should have been their Excalibur.

“There is good reason for the Left to consider an alternative way to do politics,” Payne writes, and suggests that the Leftists discard “identity politics for something better.”

And what might that be? A package of policy proposals guaranteed to work? Like $20 trillion in federal debt? A war on poverty that hasn’t worked? Obamacare and other entitlement programs that are not structured properly? A K-12 and higher education system that is both inefficient and ineffective?

Payne defines identity politics just as I do in this series:

This will be a problem for Democrats looking to soften the party’s approach to identity issues. On questions of “identity,” or what is often broadly termed “social issues,” younger voters are far more liberal than their older counterparts.

Consider, for instance, the millennial position on LGBT rights. Data suggest that overwhelming majorities of young voters favor “LGBT nondiscrimination protections,” while nearly three-quarters of Millennials favor re-defining marriage to include same-sex couples. Half of the same demographic believes “gender isn’t limited to male and female.”

Yep. The same kids that think Bernie Sanders was onto something are also confused about biology. That’s fixable. It calls for conservatives of all stripes to start fighting and winning the information war. Learning is a lifetime activity and the Millennial generation will require more continuing education than most.

You can read the rest of Daniel Payne’s article here. He touches on other areas of Leftist and Millennial generation ignorance.

Now to our paraphilia of the day: Bestiality/Zoophilia. Sorry, but it is a paraphilia. Are the Millennials ready to embrace this or are they backward bigots? Here’s Wikipedia‘s opening note:

Certainly none of us want to confuse it with Zoophily.

Zoophilia is a paraphilia involving a sexual fixation on non-human animals. Bestiality is cross-species sexual activity between human and non-human animals. The terms are often used interchangeably, but some researchers make a distinction between the attraction (zoophilia) and the act (bestiality).

Although sex with animals is not outlawed in some countries, in most countries, bestiality is illegal under animal abuse laws or laws dealing with crimes against nature.

One reader brought a 2012 article to my attention written by Antonio M. Haynes, a Cornell University law student: “’Dog on Man’: Are Bestiality Laws Justifiable?” Just to be clear, I only read the first four pages so I have no idea what his argument is. It wasn’t easy getting that far — call it intolerance on my part if you’d like.

The following passage is from the book, Strained Relations: The Challenge of Homosexuality by Bill Muehlenberg:

The Gay Report, a book much praised in homosexual communities, contains testimonials without adverse comment of homosexual encounters with Labrador retrievers, cows and horses. The 1992 report mentioned above found that 15 per cent of male homosexuals and 19 per cent of male bisexuals had sex with animals, compared with three per cent of male heterosexuals. As lesbian activist Sara Cohen puts it: “What’s wrong with a little bestiality?”

To our basic and important question of the day: Should a person who is morally opposed to Bestiality/Zoophilia behavior be allowed to have a show on HGTV?

Up next: Normalizing Deviance & Sadomasochism.

The “LGB” and “T” Mobs Unleash the Morality-Phobic Monster