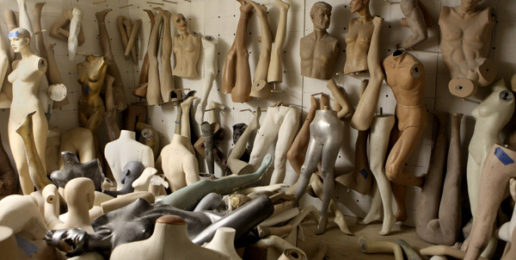 Three and a half years ago in an article titled “Frightening The Horses,” writer and editor Rod Dreher opens giving a fellow writer kudos. “Ben Domenech calls it,” Dreher notes, and then excerpts him:

During the sexual revolution, we crossed a line from sex being something you do to defining who you are. When it enters into that territory, we move beyond the possibility of having a society in which sex acts were tolerated, in the Mrs. Patrick Campbell sense — “I don’t care what they do, so long as they don’t do it in the street and frighten the horses” — and one where it is insufficient to be anything but a cheerleader for sexual persuasion of all manner and type, because to be any less so is to hate the person themselves. Sex stopped being an aspect of a person, and became their lodestar — in much the same way religion is for others.

After commenting on that, Dreher goes back to Domenech again:

So the real issue here is not about gay marriage at all, but the sexual revolution’s consequences, witnessed in the shift toward prioritization of sexual identity, and the concurrent rise of the nones and the decline of the traditional family. The real reason Obama’s freedom to worship limitation can take hold is that we are now a country where the average person prioritizes sex far more than religion.

In a nation where fewer people truly practice religion, fewer people external to those communities will see any practical reason to protect the liberty of those who do.

I highly recommend Rod Dreher’s entire article, where he weaves together several more excerpts from others, including the late Justice Antinon Scalia. Ben Domenech’s article The Future of Religious Liberty is also worth your time. Their point — that opening the door to mandated acceptance of everyone’s choice of identity has serious negative consequences.

Let’s turn to our next identity. A few years ago the Illinois Family Institute’s Laurie Higgins wrote an article titled, “Whole: A New Documentary on a Troubling Disorder.” Here is the opening:

The new documentary Whole, which recently premiered at the Los Angeles Film Festival, explores the troubling topic of Body Integrity Identity Disorder (BIID). This disorder, which I have mentioned in several articles, used to be called apotemnophilia.

Those who suffer from BIID identify with amputees and seek to have their bodies align with their psychological identity. That is to say, they seek to have healthy limbs amputated. Many of those who suffer from BIID (known colloquially as “amputee wannabes”) recount feeling these desires from a very young age. Some have accomplished their goal through self-mutilation, and at least two have been facilitated in their quest by a doctor in Scotland.

Here is an excerpt from the Wikipedia page (emphasis added):

BIID is typically accompanied by the desire to amputate one or more healthy limbs to achieve that end. BIID can be associated with apotemnophilia, sexual arousal based on the image of one’s self as an amputee.

So, next on our list of basic and important questions: How will society respond to “After the Ball” type efforts to normalize BIID, remove it from the DSM’s (Diagnostic and Statistical Manual of Mental Disorders) list of mental disorders, and demonize those who disapprove of it?

It is their identity, after all, and you shouldn’t be a bigot.