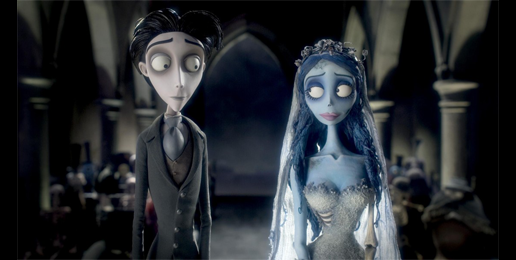 Oh, those poor comedians. What used to be a joke is now, well, supposed to be taken seriously. How can those witty comics compete with the LGBT movement and its irrationality?

I’m just going excerpt three paragraphs from an article by Taylor Fogarty at The Federalist:

Why Trans Activists Will Destroy Homosexual Rights
Instead of fighting the inhumane treatment of gays outside of the West, the top human rights issue for LGBT activists is making sure we don’t hurt feelings of people who dispute the definition of being gay.

Fogarty does yeoman’s work attempting to outline the flat out silliness of the radical social policy leftists that are getting tripped up by their own confused thinking.

Trans activism insists [the definitions of ‘man’ and ‘woman’] are faulty while failing to provide an alternative. To them, the only relevant “fact” of identity is what is self-determined. The movement fails to coherently define the sexes because its entire political argument relies on suppressing this question in the first place. In reality, their true standard for being a woman or man is simply a strong “feeling” or “conviction” that you are one.

A “homosexual” is defined as: “a person who is sexually attracted to people of their own sex,” with “sex” defined as: “either of the two main categories (male and female) into which humans and most other living things are divided on the basis of their reproductive functions.” If the biological terms “male” and “female” have no bearing when defining people, what’s the point of defining sexuality?

Lesbian, gay, and bisexual people are erased from LGBT protections without coherent definitions of biological sex. When anyone can identify as a class of people, the law is not only negated but unnecessary, because by trans logic, we can just identify our way out of any and all oppressive structures.

Can you hear it? That’s the sound of many thousands of LGB’ers facing an existential crisis of personal identity. Now is a good time to be a licensed psychologist or psychiatrist. The next few years will see those professionals prosper like never before.

Note too this line from Fogarty, “When anyone can identity as a class of people…” Exactly. That’s what this series is all about. We’ll use that to transition to our paraphilia of the day: Necrophilia. Necrophiliacs are included in the “anyone” category along with all the other letters of the rainbow alphabet.

This article is being published in May, 2017, but there’s little doubt that for many months and years into the future visitors will be finding their way here by clicking on various links found in hysterical and dishonest posts which claim that “John Biver says that homosexual sex is the equivalent of sex with the dead.”

For the record, the back end of a man is as appealing to many as a dead body, but putting that aside, I didn’t list same-sex-sex alongside necrophilia, the American Psychiatric Association’s Diagnostic and Statistical Manual of Mental Disorders did. Both, along with quite a few other variations, are listed as paraphilias. It must be noted that the APA is a highly politicized organization that is constantly moving classifications around in order to avoid hurting anyone’s feelings. (And we all know that there is nothing more important in life than avoiding that.)

Necrophilia, also called thanatophilia or necrolagnia, is the sexual attraction to corpses. It is classified as a paraphilia by the Diagnostic and Statistical Manual of the American Psychiatric Association. The word is derived from the Greek words: νεκρός (nekros; “dead”) and φιλία (philia; “friendship”). The term was coined by the Belgian alienist Joseph Guislain, who first used it in a lecture in 1850.

Now it is time for a question. We close all of these articles with a question as a public service in order to help society prepare for the future.

If someone were to donate to an organization that lobbies against Necrophiliac “rights,” will this donor be fired from the company Mozilla?

The entire Identity Politics and Paraphilias series can be found here.