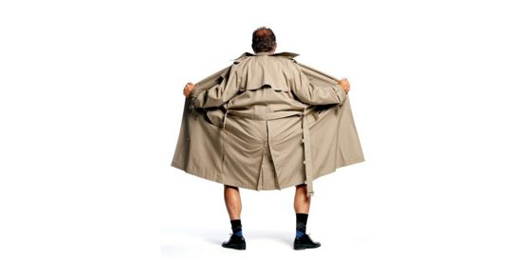 Leftists are increasingly making it easier for social conservatives to convey their message of common sense to the public at large. No better example of this exist than how male/female sports are being impacted. Here are short excerpts from two writers on the topic — first up is Joy Pullmann — here is the title of her post:

Boys Will Keep Winning Girls’ Sports Trophies Until We Are Willing To Re-Assert Sex Distinctions
The assumption in Obergefell that the sexes are interchangeable is affecting laws and regulations that concern sex differences in many other forms.

The latest girls’ 100- and 200-meter dash winner from Cromwell High School in Connecticut has some broad shoulders, manly biceps, and a mustache — because he’s not a girl. The power of social stigma is strong enough, however, in this politically and culturally Left community to coerce an entire girls’ track team and their families to affirm an idea their eyes and experiences can easily disprove and which is directly harmful to their own aspirations and children.

Obergefell is a head domino, and we’re about to see it knock down a lot more sex-distinct policies. It’s a pretty sure bet Americans did not expect tolerance for two consenting adults doing whatever behind closed doors to become a spearhead for forcing naked boys to shower next to naked girls and make girls second-class players on their own fields. That’s what happens when you base social policy on feelings retroactively justified by pretend reasoning, and use courts as a major vehicle for turning those feelings into policy rather than through elected officials more responsive to legislating by consent.

Is this what leftists and progressives mean by ‘equality’?
When it comes to male and female athletic competition, we divide based on biological sex.

In recent weeks, we’ve read about a female high-school wrestler who identifies as male and who has been taking testosterone to prepare to “transition” to male. Unsurprisingly, she defeated the other girls, all of whom are not taking testosterone.

We also read about a male weightlifter who now identifies as female. Unsurprisingly, he defeated the women he competed against, setting a new record along the way.

“Today,” Brown writes, “common sense is in danger of extinction, and concepts like fairness and equality are turned upside down.”

Even according to activist ideology, gender is a social construct but sex is biological. And when it comes to male and female athletic competition, we divide based on biological sex.

In the end, this is just one more example of why I believe LGBT activism will ultimately defeat itself.

You cannot wage a winning war against gender distinctions any more than you can redefine marriage while preserving its integrity.

And so, I appeal to progressivists, leftists, feminists, and LGBT allies and their allies, along with all those who cherish fairness, equality, and justice. Look carefully at the trajectory of your activism, and ask yourself: Is this really the kind of world that you want?

Onto our paraphilia of the day: Exhibitionism. Here is Wikipedia:

Exhibitionism is the act of exposing in a public or semi-public context those parts of one’s body that are not normally exposed – for example, the breasts, genitals or buttocks. The practice may arise from a desire or compulsion to expose themselves in such a manner to groups of friends or acquaintances, or to strangers for their amusement or sexual satisfaction or to shock the bystander. Exposing oneself only to an intimate partner is normally not regarded as exhibitionism. In law, the act of exhibitionism may be called indecent exposure, “exposing one’s person”, or other expressions.

Wikipedia provides more information by having sections on “types of exposure” and “classifications.” I’ll spare the reader the details and move onto our closing question.

Will “Exhibitionism” be added to enumerated anti-discrimination policies and laws? If America is to be truly free, shouldn’t all sexcentric-identified individuals be treated equally under the law?

The entire Identity Politics and Paraphilias series can be found here.