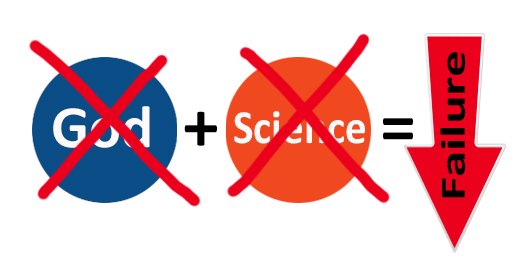 Christians who hold to historic and traditional teachings of the Bible believe that God created us from the beginning “male and female” (Genesis 5:2; Matthew 19:4; Mark 10:6). Biology and physiology empirically affirm that there are only two genders. Christians who hold to this theologically orthodox and scientific view believe that “gender-confirmation” surgery, hormone-blockers and cross-dressing damage human beings. We do not believe that medical intervention changes the fact that God created us “fearfully and wonderfully” in His image as either male or female (Psalm 139:13-16). That truth simply cannot be changed.

Leftists believe that “gender” is fluid and changeable. In fact, some on the far left believe that there are more than fifty “gender” options.

Leftist in the media, academia and the entertainment industry reject the orthodox beliefs of Christians (as well as Jews and Muslims) and label these beliefs hateful, while accepting the controversial and science-denying, evolving beliefs of Leftist activists.

Why are Leftist beliefs considered sound and compassionate while historical beliefs are rejected as illegitimate and intolerable? While few Leftists would likely admit it, I believe the reason they reject biological reality is that they hate God. More specifically, they reject His standards of righteousness and choose to openly rebel against those standards. They shake their fists at God and loudly proclaim with their lives that God has no authority over them.

Those who suffer from gender dysphoria are discontented with how God created them, so they choose to recreate themselves. It is the same for those who embrace their same-sex attraction or other paraphilias. It is a rejection of God’s design and purpose for the gift of sexuality.

They have exchanged the truth of God for a lie. They have become filled with unrighteous, evil, covetous and malicious thoughts, and approve of those who do the same (Romans 1:18-32).

At the heart of all this is the sin of rebellion, and unbelief, the sin from which there is no dispensation or reprieve (1 John 5:16-17).

The importance of exposing these lies (Ephesians 5:11) and opposing this agenda is critical if we hope to protect young, vulnerable and/or impressionable family members, neighbors from the snares and lures of today’s culture (Psalm 124:7; Proverbs 29:6).

We have to recognize that the lures of the world are very real and can be very strong. There is a reason why the Apostle Paul tells us to “walk circumspectly” or look carefully how we live, “not as fools but as wise…because the days are evil,” and to “understand what the will of the Lord is” (Ephesians 5:15–17).

As such, we must be aware of the godless worldviews and lies that are constantly being presented to us. Moreover, we must identify them as lies or deception for ourselves and our for our family members and friends. If we do nothing, others may assume we think the Christian worldview is just one option among many–just one way to find fulfillment.

The Christian faith must offer truth to a dark and decaying culture. We cannot affirm the lies of the culture with our silence or misplaced compassion. The Christian message exposes false beliefs and practices, illuminates the best way (Psalm 119:15), and points to eternal hope in Jesus (Matthew 11:28).

Ten Things That Are True About God Today