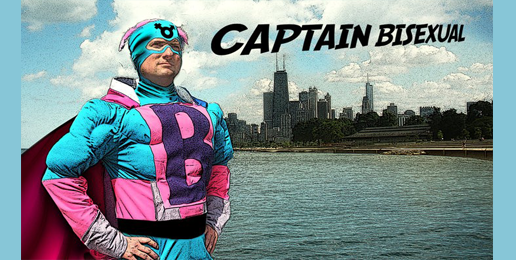 One of the email newsletters I receive is from the Witherspoon Institute’s “Public Discourse,” and often link to and/or excerpt articles posted at their website. Recently there has been a number of articles touching on “identity politics.” In this post and in the next I will link to and excerpt from a few of the the articles.

First up is from Professor Anthony Esolen.

Pronouns, Ordinary People, and the War over Reality
Do not dismiss the pronominal wars as nonsense or assume that its warriors are merely daft.

It cannot possibly be to any living thing’s advantage to be confused about male and female. As it is, sex is far more strongly marked upon the human body than it is upon the bodies of dogs or cats or horses or many of the species of birds. A man’s face is not like a woman’s face. … A man’s shoulders do not look like a woman’s shoulders, and a woman’s hips do not look like a man’s hips. Men and women differ down to their very hair, as anyone can perceive who looks at a woman’s smooth chin or a man’s bald pate.

Ordinary and healthy people love that it is so,” Esolen writes. And:

The sexual revolution always has been a war waged against the ordinary family, against the ordinary ways of men and women and children. The moral law as regards sex is meant to protect that family from threats without and within: from the pseudo-marriage that is fornication, from the betrayal of marriage that is adultery, from the rickets and scurvy of impure habits, and from the mockery of the marital act that is sodomy.

Our next article is by R.J. Snell — note the subtitle!

Swastikas and Safety Pins: The Grim Heritage of Identity Politics
A war of every group against every other is the sine qua non of identity politics. The peacefulness of classical liberalism is rejected root and branch, for war is the goal.

In it, Snell links to several articles, one of which includes a word I’ve never seen before: “identitarian.”

There is only space here to highlight a couple of things. Note this paragraph:

Without the discipline of party politics, social movements devolve into mere feeling, especially in our age of expressive individualism. People march and feel good and think they have accomplished something. They have a social experience with a lot of people and fool themselves into thinking they are members of a coherent and demanding community. Such movements descend to the language of mass therapy.

The definition of America is up for grabs. Our fundamental institutions have been exposed as shockingly hollow. But the marches couldn’t escape the language and tropes of identity politics.

I always recommend reading the entire articles I excerpt.

Now to our paraphilia — the poor little mostly-ignored “B” from the identity politics pioneers at “LGBT”:

Got it? Are you sure? Want to read that again just to make sure? Are you ready to be quizzed, for example, on the “all gender identities” part?

If you’ve really got it, then let’s get to our closing question: How will society respond to a future well-funded marriage “equality” effort for those in bi-sexual relationships?

Up next: More from Public Discourse.