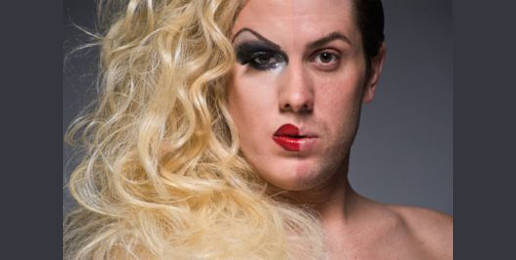 The recent “March for Women” in Washington, D.C., might have been  a bit vague in its goal, but it sure was vulgar its execution. It also provided nice fodder for this series on identity politics.

This is from the Free Beacon — not The Onion. Really. I’m not kidding. Here is the title and subtitle of a post from freebeacon.com:

Transgender activists are upset that the women’s march over the weekend was not inclusive to biological men who identify as women, as the protest presented an “oppressive message” that having a “vagina is essential to womanhood.”

Saturday’s event to oppose the inauguration of Donald Trump was largely a “white cis women march,” with too many pictures of female reproductive organs and pink hats, according to trans women and “nonbinary” individuals interviewed by Mic.com.

A fight is brewing between “trans-exclusionary radical feminists,” or “TERFs,” and transwomen, according to the article, “How the Women’s March’s ‘genital-based’ feminism isolated the transgender community.”

The women’s march had an over-reliance on slogans and posters depicting gender norms, like using pink to represent women and girls, said some transgender activists who boycotted the march.

Okee dokee. You can confirm that this isn’t from The Onion by clicking here. Here is just one more excerpt from someone offended by the event:

‘I believe there’s a lot of inequality that has to do with genitals—that’s not something you can separate from the feminist movement,’ the transwoman added. ‘But I feel like I’ve tried to get involved in feminism and there’s always been a blockade there for trans women.’

On the topic of “misguided” “genital-based womanhood” that was espoused by the women’s march, let us quickly move to our paraphilia of the day: Autoandrophilia. First you need to know that for the sake of time I will occasionally include similar paraphilias — in this case, the connecting theme is the need for a terrific imagination. For the sake of space, I’m going to post the abbreviated definitions — you can follow the individual links to learn more. Since I have no idea what the proper listing order should be, let’s just go with, uh, ladies first:

Autoandrophilia: A biological female imagining herself as a male

Autogynephilia: A biological man imagining himself as a female

Autonepiophilia: The image of one’s self in the form of an infant.

Autopedophilia: The image of one’s self in the form of a child.

Autozoophilia: The image of one’s self in the form of an animal or anthropomorphized animal.

I hope our readers won’t mind the abbreviated label “auto*philia” representing all of the above.

Let’s close with a question: Will wannabe auto*philia-loving journalists form professional journalism associations (such as this one) to monitor and exploit the Fourth Estate in the service of breaking down barriers and normalizing auto*philia?

Here’s another question: if America is to be truly free, shouldn’t all sexcentric-identified individuals be treated equally under the law?

One Christian organization and a radical feminist group are the most unlikely tag team partners in a challenge to former president’s transgender bathroom order.