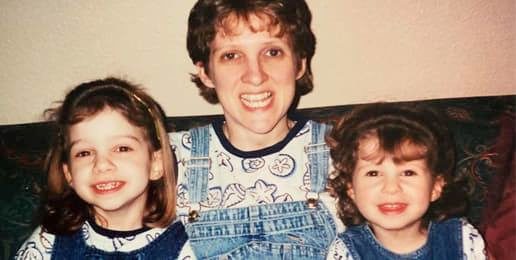 A Terrible Secret Revealed by the Mother of Two “Trans”-Identifying Children
Written By Laurie Higgins   |   02.11.20
PRINT

Yesterday, I shared the stories of two suffering teenage girls who deeply regret having taken testosterone and feel betrayed by the medical community that should have protected them during a time of confusion. Now read the story of a suffering mother, Lynn Meagher, who has three children, two of whom—a son and daughter—now pretend to be the sex they aren’t.  At age 20, her now 37-year-old son adopted a girl’s name, was castrated, got breast implants, and a tracheal shave. Then two years ago, her then 23-year-old daughter adopted a boy’s name and started taking testosterone. Both children have severed their relationships with Lynn.

As I sit here in a tiny airport in Pierre, South Dakota, having been effectively silenced in a massive international Twitter smear campaign initiated by my own children, who are so brainwashed at this point that they honestly seem to believe I did things I never did, and that I’m some sort of evil monster who abused them nearly beyond the point of recovery, I have decided to tell the truth. I’m sure this truth will be largely ignored, as, unfortunately, people will believe what they make up their minds to believe. But I’ve protected the guilty and kept secrets for people who will not rise to my defense, and I’m done taking the blame that doesn’t belong to me. It’s horrible beyond description having the dysfunction of one’s past and family up on the internet for strangers to play with. If they are going to play, they may as well have the truth.

I will never forget the sunny day in early September 1992, when I learned the truth about my new husband. A happy bride of only three weeks, I was sweeping up the kitchen floor when I noticed a tiny scrap of newspaper. It was a personal ad. That tiny piece of paper tore through my heart like a knife. I don’t remember the exact wording, but this person was red headed. Hot! Liked sexy lingerie. And HUNG! The ad went on to mention several specific sexual acts, none of which I had the vocabulary to understand. At the bottom, in my new husband’s handwriting, a phone number was scrawled in pencil.

Like any life changing memory, the details are seared in my memory. I remember the exact position of the room I was in, the pattern of the floor, the type of broom. But mostly I remember reeling. I thought I knew this man. Obviously, I was wrong. I called his office and his pager. He was working as a social worker at Madigan Army Medical Center at the time. He didn’t answer, so I had him overhead paged. When he called, I told him that I needed him to come home immediately.

And thus began a 23 year long game of manipulation, over which time I extended forgiveness more times than I could possibly recount. I learned that he liked to tie himself up. He liked to dress in lingerie, which he would buy at the local thrift store by the bagfull, and stash away in hiding places all over the house. I learned that he had a weird fetish about ballet dancers. And shoes, particularly ones with lots of straps. I tried not to think about whether or not he liked to wear my lingerie when I wasn’t home. Some things we don’t like to imagine.

I learned that he had several boxes of photos of random women that he had taken over the years- just women out walking along. He saved them. On the way home from church, he would tell me that he hadn’t been able to concentrate on what was happening because he was so distracted by teenagers wearing short skirts. He would leave his therapy journal lying around the house, where he would write about his latest struggles and temptations. That’s where I learned that he was having a hard time not staring too hard at my daughter’s friends, because he noticed that they were starting to develop into women. I feel very badly now for protecting him from that one.

I learned that he tried to hire a transgender prostitute two weeks before we got married, while on a work trip to San Francisco. He claims he didn’t go through with it because the prostitute wanted $100, and that was too much money. So he would have enjoyed himself if the price was better. I was supposed to be grateful that he declined.

Looking back, it is so obvious that I should have left him right then. But he was really good, as most narcissists are, at gaining sympathy and redirecting blame. Over and over the cycle went. I would find things, lots of things. And he would be sorry, so sorry. He was trying to do better, really he was. And he would sleep on the couch for awhile, and then life would go on until the next time I found something. I never looked for this stuff. Detective work isn’t really my style. He was bad at cleaning up the evidence, and I would stumble on the latest.

Our two little girls were the best thing that came of all that. They were precious and perfect and brought much joy. But as time went on, they were troubled. Why I couldn’t see at the time that his porn habit had invaded their lives is beyond me at this point. He would constantly belittle and undermine me. He was the friend parent. I was the bad cop, always trying to get people to clean up after themselves or be respectful or some other awful thing. What I gradually realized is that I had never once heard him tell the kids, “Don’t talk to your mother that way.” I was always somehow the one at fault.

Once, when our daughter needed help and intervention, as revealed in her journal, he bought her a locking briefcase. Rather than working to help her, he put himself in the place of protector against me.

I finally left him in 2015, after stumbling upon his Google search for “tweens in stockings.” I took the computer to the police and asked them to search it. They couldn’t get past a password without Tim’s permission. He refused to give permission. He claims he did nothing wrong. And yet he refused to allow the computer to be searched. As a result of this, he lost his employment at Multicare Medical Center as a social worker.

When I finally left, it was such a freedom. There was an oppression in that home. And my children are still living with him and still under that oppression. I fear for them. I could tell more, and if I have to, I will. But here’s the thing: Timothy Edward Meagher knows the truth about that incident and more. And yet, when our children went online and told lies that are now circulating freely and damaging my reputation, when strangers are postulating that I’m some sort of mommy dearest monster, there’s something he could say: “Don’t talk about your mother that way.”

I forgive because I don’t want to carry this around. But I will not excuse, and I will no longer protect.

Does anyone really believe this man’s depravity and selfishness had nothing to do with the confusion of his children?

Lynn is engaged in a heroic and painful struggle to save her children and stop this scourge that is ravaging the bodies, minds, and hearts of countless other children and adults.

It must be stopped.

The Starbucks Stop Here
b
a
x
r