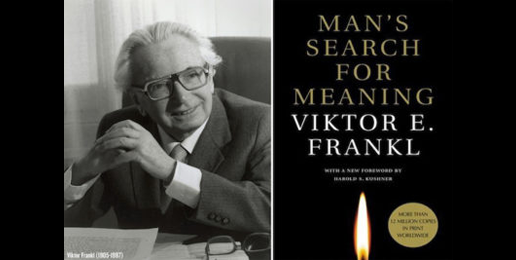 One of the best books I ever read is Man’s Search for Meaning by World War II concentration camp survivor Victor Frankl. First published in 1946, the book chronicles his experience in the camp and his struggle to find meaning — and thus a purpose to keep living as many around him died after giving up. Part of what makes the book so fascinating is that Frankl was already a trained psychiatrist when he entered the camp.

Borrowing his title for this piece is done for a couple of reasons. First, to recommend the book. Second, because I have never before connected identity politics with man’s search for meaning. Last December at Public Discourse, Professor Anthony Esolen connected the two in an article titled, “Love, Liberal Education, and the Secret of Human Identity.”

Esolen explains that this identity politics thing didn’t come out of nowhere. This might not be news to the more intellectual types out there — but if that’s the case, why haven’t we heard the case being made? Identity politics is one of the gravest threats to Western culture — and the intellectuals have a duty to help the rest of us grapple with it.

In a nutshell, when people reject Western culture and Christianity (or the Judeo-Christian ethic), they are left in a vaccum. The result is that they seek to find both meaning and community through a childish array of self-identities. Those are my words, not professor Esolen’s.

Before going further, let me say that for the second time in a row in this series we will deviate from our two-part structure and focus on one outside source — in this case, get ready to go deep (in my view, anyway).

Professor Anthony Esolen’s article (noted above) is, like so much of his writing, fantastic. Fans of Professor Esolen are familiar with his intellect and writing style that combines (in my view, anyway) brilliance and humility. In the piece he discusses “how the politics of identity bears on a Catholic liberal arts education.”

To give you a sense of the weight of his topic (in my view, anyway), he touches on a few names you may or may not be familiar with: “Dante and Virgil and their newfound friend, the ancient Roman poet Statius…”

Esolen believes that “a truly Catholic or Christian education in the liberal arts can raise the soul to see a glimmer of what Dante wishes for us to see”:

I have become painfully aware of the chasm between those who love the liberal arts, what I have called the free-making arts, and those whose utilitarianism or whose inverted religion has taken the form of identity politics.

Professor Esolen laments that many of his students “have no such grounding” in the liberal arts, and thus their “self” is “nourished by culture” where the topsoil has been “stripped bare.”

Young people have been starved of beauty: the great majority of them do not even recognize the names of the greatest of English poets, of Milton and Wordsworth and Tennyson, let alone know their songs. They have been taught almost nothing of our nearly three-thousand-year-old heritage of art, no classical or sacred music, no folk music, and no popular music older than a generation. Even many of those who regularly attend Mass on Sunday show no deep familiarity with Scripture. For those who do not darken the church doors, the gospels themselves may as well have come from another planet.

Under the subheading “The Desperate Quest to Fashion One’s Self,” Esolen writes that without that grounding, a person is left to fashion himself “from his own necessarily poor resources, without genuine culture, to bridge the chasm between unmeaning and meaning…”:

This is the source of the desperation with which so many young people, and the teachers and politicians and mass-entertainers who mislead them, hang onto some marker of identity, some sense that they exist, that they belong to a community, even if the community is abstract and notional, no more than an oval in a Venn diagram, designating the collective of people who self-identify in a certain way because of their race or their ethnicity or their sexual desires.

Under the subheading “The Secret of Human Identity,” Esolen writes:

But here is the thing: we must not raise up our young people to be in that condition in the first place. The faith is not something we do, like fly-fishing or playing chess. It is meant to inform every motion of our lives. It is like a royal dye that is to penetrate to the heart of every fiber of our souls. If someone should object that this is but a far-off ideal, I reply that all of our loves are imperfect; we do not therefore cease to believe that love is essentially the total gift of self. The secret of human identity that the politicians seek in the wrong places is the secret of faith and hope and love. We do not only give ourselves away: we become ourselves by the gift. We become who we are by forgetting to think about who we are. So it is that a truly liberal education, a free-making education, is in accord with what Jesus says, that he who humbles himself shall be exalted, and with what Saint Paul says, that it is he who acts, but also not he, rather Christ in him, and with what Saint John says, that “what we will be has not yet been revealed, but we shall be like Him, for we shall see Him as He is.”

Identity politics is a popular topic these days, and as I noted in an earlier article, there are a lot of ways to approach and discuss the phenomenon. One way to see it, clearly, is a search for meaning in the “post modern” world where absolutes are rejected. Without “genuine culture” and faith as a guide, the search for identity is conducted in all the wrong places. (In my view, anyway.)

With Dante, his teacher and authority Virgil, and Statius, Professor Ensolen writes:

We are standing in a history of poetry that spans the centuries. To place yourself among those men, thinking of poetry and of love, with gratitude and manly acknowledgment of one’s superior, is to be lifted beyond yourself.

The text of Victor Frankl’s Man’s Search for Meaning is available in PDF form here.

Up next: Back to the Crazy World of Paraphilias.

COMING SOON: Identity Politics and Paraphilias: LGBT is Not a Color