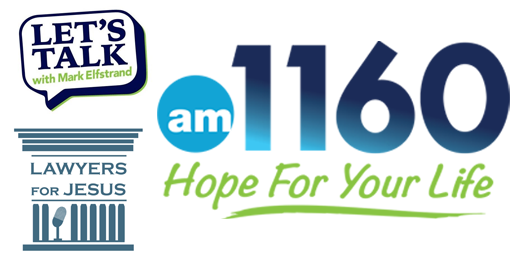 Are you ready for the “greatest cultural revolution in history?”

IFI’s Laurie Higgins was recently interviewed by both John Mauck of Mauck & Baker, LLC, and by Mark Elfstand on his “Let’s Talk” show.  Both programs are on WYLL radio (1160 AM), and can be heard throughout most of the state.

In the first interview for a recording of “Lawyers for Jesus Radio,” attorney John Mauck discussed governmental policies regarding LGBTQIA ideology. The conversation began with a discussion of Higgins’ article The “Trans” Ideology Damages Children. In it, Higgins writes:

Social conventions reflect and reinforce the good architecture of sexually differentiated human life. Social conventions for men and women were not created out of whole cloth or manufactured from the fertile imaginations of patriarchal oppressors. They emerged from human nature.

The conversation covers topics such as the mental and physical health risks of hormone therapy or surgery to help a person pretend he’s a she, or she’s a he.

Also discussed is HB 1785, that will make it legal to falsify a birth certificate. That bill is currently on Governor Bruce Rauner’s desk. The interview gave time to the topic of the absurdity of “gender fluidity,” the end game of those pushing for gender ideology, and a call to action.  Listen to it here:

In the most recent interview by Mark Elfstand, he deftly covered a variety of issues in about ten minutes.

He began by asking about the article Higgins penned Christians Must Exit Government Schools where she writes:

Christian parents charged by God to train up their children in the way they should go have no biblical warrant for placing their children all day, all year in schools that refuse to recognize the immutability and profound meaning of sexual differentiation, particularly as it relates to modesty and privacy.

Since few Christian parents or teachers are doing anything to counter the advance of Leftist gender ideology, Higgins said, parents have to get their kids out of schools that “teach them that to be loving, compassionate, and inclusive, they must lie by calling gender-pretending peers by opposite-sex pronouns, and they must be willing to relinquish their privacy.”

Other topics and articles discussed include the reaction to the above article, including an exchange Laurie Higgins had with people at the Chicago Tribune. Also touched on was the morally bankrupt Southern Poverty Law Center including IFI among its list of “hate groups.”