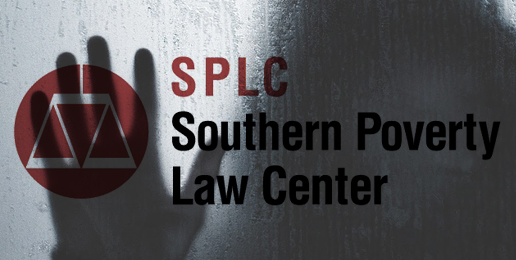 In the wake of the Charlottesville melee, the mainstream press is citing the disreputable Southern Poverty Law Center (SPLC) and its “hate” groups list ad nauseum with nary a peep about the repeated criticism of the SPLC as a bastion of anti-Christian bigotry.

The Illinois Family Institute (IFI) is included on the “hate” groups list alongside white supremacist and white separatist groups for no reason other than our biblical view of marriage as a sexually differentiated union and our biblical views of sexual morality—views that are shared by the Roman Catholic Church, many Protestant denominations, many non-denominational churches, Orthodox Judaism, 2,000 years of church history, and the Bible.

It’s not just IFI that finds the SPLC and its leaders unethical. The avaricious founder of the SPLC, Morris Dees, and the dishonest editor-in-chief of the “Intelligence Report” which is responsible for the corrupt “hate” groups list, Mark Potok, have come under sustained criticism from many people for many years. (Click here, here, and here  to read more.)

Several months ago, one such critic, Real Clear Politics writer Carl Cannon, wrote an exposé of the SPLC, to whom Cannon attributes blame for the anti-free-speech assault on political scientist Charles Murray at radical Middlebury College in Vermont.

Civil rights attorney Dees co-founded the lucrative non-profit SPLC in 1971, ostensibly to combat the racism endemic to the South, and on the way, he’s made a boatload of money that has enabled him to live the luxurious lifestyle to which he and his five serial wives had become accustomed. His clients? Well, they didn’t fare quite as well financially.

Cannon explains that when the Ku Klux Klan’s power waned and racism diminished, the SPLC had to find new ways “to frighten people into still donating.” He says that “Scaring the bejesus out of people requires new bogeymen, and lots of them.” Further, Cannon claims that “mainstream conservative groups” are among the bogeymen.

Cannon reports that the “most scathing assessments of Dees and his group have always come from the left” like “Stephen B. Bright, a Yale law professor and president of the Atlanta-based Southern Center for Human Rights,” who describes Dees as a “con man” and a “fraud.”

Even the far-Left magazine The Nation indicts Dees as “the archsalesman of hatemongering,” accusing him of stuffing “mailbags…with his fundraising letters, scaring dollars out of the pockets of trembling liberals aghast at his lurid depictions of a hate-sodden America in dire need of legal confrontation by the SPLC…. Dees and his hate-seekers scour the landscape for hate…it’s their staple.”

While useful idiots in the mainstream press disseminate the SPLC’s propaganda, thus smearing Christian organizations and lining the pockets of Dees, the FBI has stopped using the SPLC as a resource.

The SPLC has perfected the tactics espoused by homosexuals Marshall Kirk and Hunter Madsen who in 1989 wrote what they deemed a “gay manifesto for the 1990’s” titled After the Ball, in which they urged “progressives” to utilize the mainstream media in a campaign to eradicate conservative moral beliefs—what they call “homohatred”—or “silence” the expression of such beliefs in public:

[L]ink homohating bigotry with all sorts of attributes the bigot would be ashamed to possess and with social consequences he would find unpleasant and scary…. Gays must launch a large-scale campaign…to reach straights through mainstream media. We’re talking about propaganda…. Gays must be portrayed as victims in need of protection…. Make victimizers look bad…. The public should be shown images of ranting homohaters whose associated traits and attitudes appall and anger Middle America. The images might include: Klansmen… Hysterical backwoods preachers… Menacing punks, thugs, and convicts who speak coolly about the “fags” they… would like to bash… [or] A tour of Nazi concentration camps where homosexuals were tortured and gassed.

The SPLC employs all of these propagandistic tactics to stigmatize and marginalize Christian organizations like the Family Research Council, the American Family Association, Liberty Counsel, and the Illinois Family Institute for our beliefs about sexuality and marriage that derive from Scripture and for our willingness to express them publicly.

These are a few of the organizations that have not fallen prey to ravenous wolves or been taken “captive by philosophy and empty deceit, according to human tradition, according to the elemental spirits of the world, and not according to Christ” (Colossians 2:8).

For their faithfulness, Christ-followers will be hated, but enduring such trials brings blessings:

“Blessed are you when others revile you and persecute you and utter all kinds of evil against you falsely on my account. Rejoice and be glad, for your reward is great in heaven, for so they persecuted the prophets who were before you.” (Matthew 5:11-12).

The cost of discipleship has been minimal in America for over two hundred years, but the cost is rising due to the unholy efforts of “LGBTQQAP” activists.

While Jesus says, “If anyone would come after me, let him deny himself and take up his cross daily and follow me,” many Christians—entire denominations—are choosing instead friendship with the world, ignoring the words of James:

“Do you not know that friendship with the world is enmity with God? Therefore, whoever wishes to be a friend of the world makes himself an enemy of God.” (James 4:4).