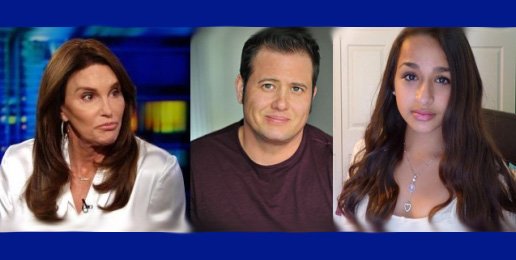 Passer: one who passes

It’s clear from the number and nature of Facebook responses to IFI’s update on the passage of Illinois HB 1785 that many Illinoisans are passionately opposed to this bill which now moves to the Illinois Senate. HB 1785 is the bill that will make it even easier-peasier for men and women who seek to “pass” as the opposite sex to obtain fraudulent birth certificates

Illinois—so often on the cutting edge of all things feckless—was one of the earliest states in the country to allow sexual “passers” to obtain new birth certificates that certify a factual error.

For over 40 years now, sexual passers in Illinois have been able to have their birth certificates, which are historical documents, changed to certify that at birth they were identified as the sex they were never identified as. The sex that doctors identified them as at birth remains their sex forever. It may come as an unpleasant surprise to many, but there are only four states that do not permit sexual passers to change their birth certificates: Idaho, Kansas, Ohio, and Tennessee.

As stated, at birth doctors identify the sex of babies, and birth certificates record it. Like “Newspeakers” in the dystopian novel 1984, passers exploit language to alter thought. Since they know their sex can never change, passers—who deem objective biological sex irrelevant—seek to erase any public acknowledgement of it everywhere. To get around that pesky problem of reality and science that make clear that humans have a sex and it cannot change, passers want to change the language on birth certificates from “sex” to “gender marker.”

In the service of compassion, inclusivity, justice, and intellectual consistency, we’re going to need to make several other reality-denying changes:

1.) We must allow those who identify as an age different from their objective age to have the birth-date marker on their birth certificate changed to reflect their internally felt age. We should allow those people who take youth-enhancing hormones, have cosmetic surgical procedures, and cross-age dress to change their birth-date markers to identify accurately their authentic age. Who would be harmed by allowing an 80-year-old woman to change the birth-date marker on her birth certificate to correspond to her authentic felt-age of 50? If society can affirm sexual passing, why not age passing?

2.) We must also affirm racial passing. It’s not merely irrational to permit sexual passing while prohibiting racial passing; It’s unjust. Poor Rachel Dolezal who identified and passed as black for years was publicly eviscerated for engaging in this far less radical form of passing than the form in which Bruce Jenner engages. Many “progressives” argue that race is a social construct as opposed to a biological reality, but either way, if Jenner is permitted to pass as a woman and have his legal documents changed to certify that factual error, then surely Dolezal and others of Northern European descent can do likewise. If all it takes for men to pass as women is a dab of lipstick, some hair extensions, an evening gown, and a proclamation about their internal authentic “gender” identity, then surely a spray tan, jheri-curl, a dashiki, and a proclamation about their internal, authentic racial identity should be sufficient for Caucasians to pass as blacks and have all legal documents attest to that falsehood. And if Jenner is allowed in women’s locker rooms, then surely Dolezal should be able to join the National Council of Negro Women.

3.) We must be inclusive too of those who experience Body Integrity Identity Disorder (BIID), which is a mismatch between their objective fully functioning healthy bodies and their internal self-identification as, usually, amputees. “Transabled” persons should be able to obtain driver’s licenses that identify them as disabled and should be able to access all accommodations limited to use by disabled persons, including disabled parking permits. In addition, the medical community should be treating them appropriately, which means providing surgery to bring their bodies into alignment with their internal authentic sense of self. That is to say, disability passers should be able to access medical help in amputating limbs. Interestingly, after such amputations, they will in reality be amputees, unlike sexual passers who can never become the opposite sex. Finally, laws should be passed prohibiting the mental health community from engaging in any form of counseling other than “transable”-affirming counseling.

4.)Last but not least are the dimensional passers in our midst who are routinely marginalized. Since sexual passers can legally obtain falsified driver’s licenses, why are we not allowing those who identify internally as a height and/or weight different from their actual, factual height and weight to change the “dimensional markers” on their driver’s licenses? Objectively short high school girls who identify as tall girls should not be discriminated against based on their actual height. For example, why should girls who are 5’1” but identify as 5’10” be prohibited from applying for college scholarships from the Tall Club Foundation?

My hope and prayer is that conservatives will not allow their passion over this imbecilic and destructive bill to wane as they so often do. Some may think that because it’s already legal in Illinois for sexual passers to obtain falsified birth certificates, making it even easier is unimportant. They would be mistaken. To understand how important every little step in the march toward the cultural extinction of biological sex and the normalization of deviance is, just imagine how the community of sexual passers would respond if this bill were to fail.

Take ACTION: Click HERE to send an email message to your state senator to ask him/her to reject HB 1785 and to uphold birth certificates as legal documents.  (Read more about this legislation HERE.)

Simply put, the state of Illinois has no duty or right to make it easier for men and women who wish they were the opposite sex to falsify their birth certificates. Vote NO to HB 1785!

Questions About Restrooms and Locker Rooms Leftists Must Answer