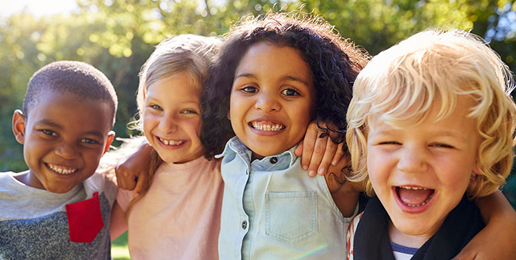 In good news for church going families, a recent study by Harvard University’s School of Public Health found kids raised going to church are happier adults. The study explored the association of the religious involvement of children and teens with their mental health and physical well-being as young adults. The study was published by the American Journal of Epidemiology in December 2018.

Dr. Joey Krol, a Decatur, Ill. pastor and radio host, called the study, “Encouraging, but certainly not surprising. When we gather weekly as the people of God, we hear the truth of His Word. We hear reminders to persevere in our marriage. We hear reminders of how God is still a God of the impossible. We hear reminders that we have a living hope. Naturally, we will have a joy-filled hope that will transform the way we live.”

Among the study’s findings: those who reported attending religious services at least once a week in their youth were 18 percent more likely to say they were happier in their 20s than those who did not attend services. The now-adults were 33 percent were less likely to use drugs and less likely to smoke tobacco or use marijuana. The church goers were also more civic minded with 30 percent more likely to do volunteer work and they showed an increased likelihood of voting.

A Pew Research study published in February 2019 backs up Harvard’s findings about churchgoers. It also found people who regularly attend church services were 36 percent happier than those who don’t.  They smoke less and were more likely to volunteer and be active in community groups.

But it’s not the community activity that brings happiness. Krol stressed the importance of putting Christ at the center of the family. He noted, “You can go to all the ballgames, have the finest cars and live the biggest home and all be well on the outside, but inwardly there is no purpose and there is no genuine joy outside of Jesus Christ.”

Still the community is important and Christian influence is badly needed there. Krol believes it is the Gospel that will bring transformation to the community. “There is no government program that will fix the brokenness in the family and within the community,” he said. “If it could, it would have worked by now. The biblical church has the greatest story ever told. When those who attend church and follow the teachings of Christ go out and serve their community, they do so with having Gospel-centered conversations with those they are serving.”