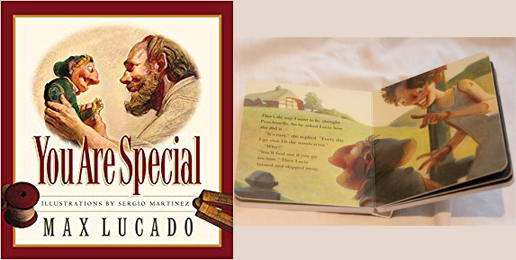 More than Stardust: How to Debunk Scientific Materialism for Your Kids
Written By Terrell Clemmons   |   08.27.19
PRINT

A few weeks ago, I introduced IFI readers to Science Uprising, a project of the Discovery Institute’s Center for Science and Culture that aims to (among other things) help people living in a secular culture learn to separate out legitimate claims of science from philosophical claims made under the guise of science. For a quick recap, philosophical materialism is the belief that matter and energy is all that exists. Best captured in Carl Sagan’s famous pronouncement that “The cosmos is all that is, or ever was, or ever will be,” it is a belief about the nature of reality.

But materialism is not a scientific belief. It is a philosophical presupposition that many people associate with the practice of science. In some circles it’s actually called scientific materialism, as if the two are inextricably connected. But there is nothing that says they necessarily go together (except perhaps for certain atheist-materialists who insist that they do).

To be sure, there are some very smart practical materialists who work in the natural sciences, but we are under no obligation to submit to their materialistic impositions on our thinking about the natural world. You don’t have to have a Ph.D. to spot materialistic claims being put forth in the guise of science, and here’s an example of how you can start to train your children in worldview thinking and inoculate them against such philosophical sleights of hand.

You Are Stardust is a whimsical children’s book that encourages children to feel good about themselves because they and we are all part of nature. The title refers to the scientific belief that the atoms that make up our bodies were forged in the stars. Now, it is true that most scientists believe the elements that comprise the earth and our bodies were, indeed, originally forged in stars, so I wouldn’t take issue with that. The point I would draw out of You Are Stardust is that author Elin Kelsey has nothing more to offer us as grounds for feeling good about ourselves.

Nature is a wonder, yes, and the fact that we are a part of it is a marvel as well. But is that it? Is that all we have to latch onto as a reason to feel good about ourselves? Well, if materialism is true, then yes, it is.

Here’s what I would recommend. Get a copy of You Are Stardust and also get a copy of You Are Special, by Max Lucado. Both of these books are written for children ages four and up. Get You Are Stardust from your library if you don’t want to buy it, but I would suggest buying You Are Special. It’s worth reading over and over again, and in fact is not just for children but has a powerful message for adults as well.

In a nutshell, You Are Special is the story of Punchinello, a misfit wooden person who feels like an outsider and a loser until he learns he can find his worth by going to visit Eli every day. Eli is the maker of all the wooden people who lives up on the hill overlooking the village. Before Punchinello leaves Eli’s workshop after his first visit, Eli lifts him up so they’re looking eye to eye and says, “What I think [about you] is more important than what [the other wooden people] think. … you are special because I made you. And I don’t make mistakes.”

How’s that for a reason to feel special?

Read both of these books to your child, preferably in one sitting (if you don’t have children at home, read them for yourself), and let the contrast of worldviews serve as a backdrop for follow-up conversations. Of course, you know your children and how best to engage them, but here are some questions to spark your thinking:

The main point I hope you’ll take from this is that we can engage with the works of materialists head on. Rather than avoid them, we can learn to spot materialist assumptions lying behind their claims about the world, draw them out, and interrogate them. From there, we can engage in a kind of compare and contrast analysis between a picture of the world from the perspective of philosophical materialism, on the one hand, and one from the perspective of Judeo-Christian theism, on the other. Which one is more satisfying? Which one resonates with certain things we know to be true about the world? Which one better “fits” reality as we know it and live it? Hopefully, questions like these will spark ongoing, meaningful conversations with your children about the ideas that are already competing for their allegiance in the culture.

Black Holes, Belief Systems, and Help for the Skeptical Soul

A Thinking People’s Revolt
b
a
x
r