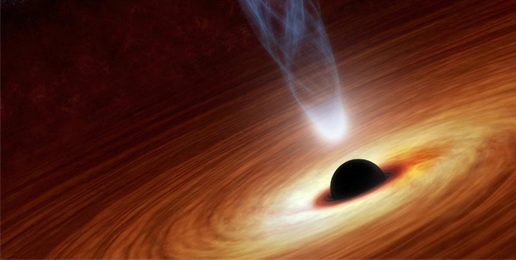 Sarah Salviander grew up watching Star Wars, Star Trek, and Carl Sagan, and by age nine, she knew she would be a space scientist. She also grew up on atheism. When she was young, her atheist parents moved the family from Oregon to British Columbia to live under socialism, and she recalls having met no more than three people who identified as Christian there.

As an undergrad at Eastern Oregon University, though, she encountered more Christians and was astonished to find they were nothing like the caricature she’d always held. They were joyous and content. And they were smart. Moreover, she had physics professors, whom she admired, who were Christian.

Midway through her undergrad years, a research internship with the Center for Astrophysics and Space Sciences at UC-San Diego awakened her to some remarkable coincidences about the structure of our universe. She writes:

I remember being astounded by this, blown away, completely and utterly awed. It seemed incredible to me that there was a way to find the answer to [questions] we had about the universe. In fact, it seems that every question we have about the universe is answerable. There’s no reason it has to be this way, and it made me think of Einstein’s observation that the most incomprehensible thing about the world is that it’s comprehensible. I started to sense an underlying order to the universe.

That same summer, she read The Count of Monte Cristo in her off hours. Film and TV adaptations she’d seen had focused on revenge, but upon reading the original, she was surprised to find:

a philosophically deep examination of forgiveness and God’s role in giving justice. I was surprised by this, and was starting to realize that the concept of God and religion was not as philosophically trivial as I had thought.

Sarah converted to Christianity as a grad student, and not long afterward, a younger student timidly approached her. The student was troubled because one of her professors had said she couldn’t be religious and believe in science. Sarah reassured her that the professor was wrong, and the incident motivated her to help others who may struggle with questions about science and faith.

In The Story of the Cosmos: How the Heavens Declare the Glory of God, she draws some intriguing analogies between belief in black holes and belief in God. The science of black holes began in the early twentieth century, but it wasn’t until 2019 that scientists actually captured an image of one. Over the intervening years, various researchers exhibited either optimism or doubt about the reality of the as-yet-unseen object until, by the 1990s, the evidence had mounted sufficiently that the existence of black holes was generally accepted, albeit begrudgingly in some cases.

What does belief in black holes have to do with God? She writes:

The black hole epic shows that people have an especially difficult time with anything that is vast, strange, and invisible. It’s normal to want the emotional comfort of dealing with what is touchable, visible, familiar, and safe. But this need leads to an attitude that is a significant part of atheistic thinking and has caused science a lot of trouble: “If I can’t see it or touch it, it doesn’t exist, and I don’t have to think about it.”

Scientists had indirect evidence for the reality of black holes long before they had direct, visible evidence. They could see a black hole’s effects on the behavior of light in its vicinity. Plus they had the math. But some fell prey to barriers to understanding that we all can be susceptible to. She lists four: limited perspective, misleading emotions, intellectual inertia, and excessive pride. Noted physicists Arthur Eddington and J. Robert Oppenheimer, for example, each for his own reasons, couldn’t accept the reality of what the evidence to date clearly indicated and gave up on the endeavor.

In a similar way, we all have indirect evidence for God. We have an exquisitely beautiful and complex universe that, as scientists also begrudgingly had to accept in the twentieth century, is not self-existing and eternal but rather had a beginning, which implies a Beginner. We have other realities that we can’t see or touch, such as conscience and conscious awareness of a moral law, both of which imply a moral lawgiver. There’s more, but you probably get the picture.

They can ignore the indirect evidence if they chose, but they are not rational when they do so. Instead, she says, they end up corrupting science itself. And using it as a means to find evidence for what they already believe.

Keep that in mind the next time you hear someone say, “Science says …”