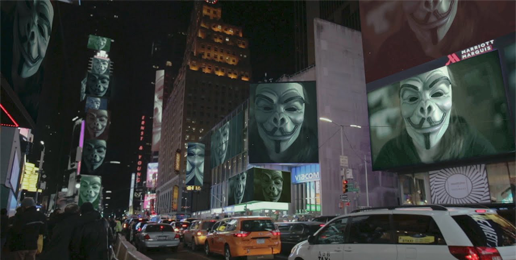 Science Uprising Pulls back the Curtain on Pseudo-Scientific Posturing

In the 1980s, Madonna captured the image of one girl’s shallow, self-absorbed life with her pop song, “Material Girl”:

You know that we are living in a material world
And I am a material girl.

The era’s personal materialism of “I like stuff” or “Stuff is all that matters” was also captured in TV teen Alex Keaton of the sitcom Family Ties. Individuals may not be so enamored today of material things, but there’s another kind of collective materialism that holds undue sway in our culture. I’m talking about “materialism” as a philosophy.

Materialism as a philosophy is simply the idea that the material world is all there is. Put differently, materialism is the belief that matter and energy, interacting according to the laws of chemistry and physics, constitute the sum total of reality. Philosophical materialism, then, is a belief about the nature of reality.

Sometimes, we hear it stated overtly, such as when celebrity scientist Carl Sagan intoned, “The cosmos is all that is, or ever was, or ever will be.” Most often, though, it’s subtle. It is assumed but not stated. This is especially true in the realms of the natural sciences. Consider, for example, the children’s book You Are Stardust, which encourages young children to feel good about themselves because the atoms that make up their bodies were forged in the stars. Author Elin Kelsey doesn’t come right out and say, “There is no God” or “The universe is all that exists.” She has simply assumed that materialism is the truth about reality, and then written a whimsical children’s book from that philosophical perspective.

Today, philosophical materialism is almost universally conflated with science. You Are Stardust is categorized as a (what else?) science-based picture book for children. We can also discern this conflation behind statements like, “I don’t believe in God; I believe in science,” as if theistic belief and science are inherently incompatible. But they’re not incompatible, and despite what celebrity scientists like Neil deGrasse Tyson or Bill Nye the Science Guy might say, there’s nothing that says materialism and science necessarily go together.

So, the question thinking people should be asking is, Why should materialism enjoy such a privileged, unquestioned position in our culture? And the answer is, it shouldn’t.

Enter Science Uprising, a project of the Discovery Institute’s Center for Science and Culture. Science Uprising burst onto the scene this past summer with a series of short, edgy videos challenging this materialistic metanarrative on the ground it’s been squatting on for far too long: the natural sciences. The first episode sets things up by explaining what materialism is, demonstrating how its pretensions have become deeply embedded in our culture, and showing how it actually runs counter to many aspects of life we all believe to be true and value. Subsequent episodes look at neuroscience and the reality of the mind, DNA and the reality of coded information in the cell, evolutionary biology and the failure of the neo-Darwinian hypothesis, and more. The upshot of it all is that philosophical materialism fails to adequately explain reality as we know it and live it. Moreover, it fails when put to empirical tests.

How do such concepts as love, compassion, justice and the human soul fit into a narrative that says only matter and energy are real? They don’t. And this should be our first tipoff that maybe materialism isn’t the whole truth about reality. No one–not even materialists themselves–actually lives as if materialism is true.

You don’t have to be a working scientist to think for yourself about science. Research shows that a big reason young people are abandoning Christianity in droves is because they’ve been told it’s incompatible with science, when the truth is, it’s materialism that is incompatible with both Christianity and science. We are instructed in Scripture to “demolish arguments and every pretension that sets itself up against the knowledge of God” (2 Corinthians 10:5), and if ever there were a lofty pretension lifting itself up against theistic belief, then materialism should be crowned as king of the whoppers.

Thankfully, the consumeristic materialism of the 1980s has less appeal to youth today. The task for today is to pull back the curtain on this whopper of a lie about reality, an idol of the mind that is even more destructive to the soul. So, check out Science Uprising here, and let the demolishing begin.