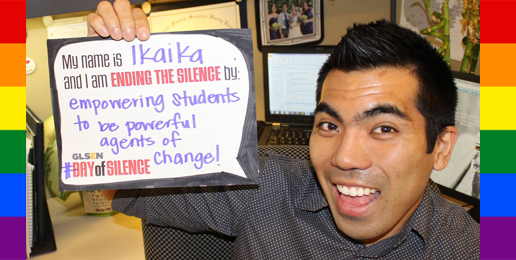 For decades homosexual and “trans” activists have used schools to indoctrinate children with the disordered and destructive “LGBTQ” ideology. Thirteen years ago, the Journal of Gay & Lesbian Issues in Education published an article titled “Trans-Friendly Preschool” by now-ordained Rev. Laurel A. Dykstra, a “bisexual Christian activist” who has twins via a sperm donor. I wrote about her article for IFI in 2008—a decade ago. Here are some of Dykstra’s ideas for training up children in the way they should go: 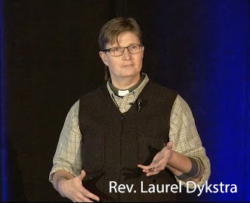 Remember, these recommendations were made 13 years ago, and we now have drag queen story hours for toddlers in public libraries. This is what happens when we ignore warnings and succumb to peer pressure and cowardice.

The efforts of sanctimonious and arrogant “LGBTQ” activists to “queer” schools are not limited to preschools. Illinois lawmakers captivated by bad ideas in general and in thrall to the “LGBTQ” ideology are pushing a bill that would require teachers to discuss the disordered homosexual and biological-sex-rejecting predilections of anyone who has contributed something noteworthy to culture. This is a tricksy way of transferring the good feelings children and teens have about achievements to homosexuality and opposite-sex impersonation—which is the ultimate goal of LGBTQ activists. Only California has a similar law.

Someone should ask lawmakers why this bill is limited to the “roles and contributions” of homosexuals and opposite-sex impersonators. Why doesn’t it mandate discussions of the roles and contributions of polyamorists or the “trans-abled”? “Trans-abled” persons identify as disabled persons and wish to bring their bodies into alignment with their subjective, internal, “felt” sense of being disabled. They often want a limb amputated. What about “Minor-Attracted” persons, those who experience “Genetic Sexual Attraction,” and those who experience all manner of paraphilias, like sadomasochists, fetishists, infantilists, and voyeurs. If homosexuals and opposite-sex impersonators are entitled to see people who share their experiences represented in curricula, shouldn’t children and teens who experience other powerful, persistent, unchosen feelings see people who share their experiences  represented positively in curricula?

Oh, but that’s not all. Schools also allow activities—including protests—created and promoted by outside “LGBTQ” activist organizations to disrupt instructional time. The queen of all classroom-invading protests, the Day of Silence, takes place this Friday, April 27 in thousands of high schools and middle schools across the country.

The Day of Silence is a protest organized and promoted by the Gay, Lesbian and Straight Education Network, which urges students to refuse to speak all day on Friday—including during class—in support of all things homosexual and “trans.”

In response to this usurpation of public schools for a partisan political protest, a national coalition of almost 50 pro-family activists and organizations, including the Activist Mommy, American Family Association, Capitol Resource Institute, Minnesota’s Child Protection League, Coalition of African-American Pastors, Dr. Michael Brown’s Coalition of Conscience, Concerned Women for America, Illinois Family Institute, Liberty Counsel, MassResistance, and Mission America are urging parents to keep their children home. The Day of Silence Walkout (which is not technically a Walkout) has been taking place for over a decade.

There are three major reasons to keep your children home on the Day of Silence:

1.)  To remove your children from exposure to yet more corrupt ideas and coercive social pressure.

2.)  To communicate to administrators, faculty, and school board members that if they allow instructional time to be disrupted—and yes, refusal to speak disrupts instructional time—your children will not be present.

3.)  To prevent political protests from metastasizing in government schools.

Efforts like the Day of Silence are not solely or centrally about ending bullying. These efforts are intended to eradicate moral distinctions between right and wrong sexual behavior and to mainstream homosexuality and the “trans” ideology. One can oppose both bullying and the Day of Silence.

Efforts like the Day of Silence, the school sexuality-indoctrination bill, and Dykstra’s recommendations for “transing” preschools are about using public monies and captive audiences of children to transform their moral and political views. That is not the role of government employees. The presupposition on which all of these efforts are based is that homosexual activity and opposite-sex impersonation are moral, which is an arguable belief—not an objective fact.

No civil society, let alone those who claim to be followers of Christ, would countenance such evil being perpetrated on our most innocent. The ideas articulated by Dykstra [and GLSEN and the school sexuality-indoctrination bill] constitute not education but unconscionable educational malpractice.

Virtually every cultural institution—from our churches to our courts to our legislatures to our news media to our entertainment industry to our government schools—has been commandeered by homosexuals and those who support their destructive cultural agenda. Those who hold traditional Judeo-Christian values must boldly and tenaciously oppose through word and deed efforts to normalize homosexuality and the “trans” ideology, including in government schools that our taxes subsidize.