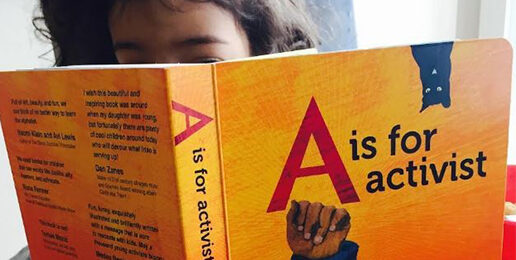 Our notorious Illinois state lawmakers must really want to hasten the exit from Illinois public schools and the state. A woke committee created by the Illinois State Board of Education (ISBE) concocted a partisan amendment to the ISBE teacher standards. The amendment is called “Culturally Responsive Teaching and Leading Standards”—heavy emphasis on “leading.” The wokesters are trying to strengthen their iron grip on the hearts and minds of Illinois children by requiring government schools to disseminate leftist beliefs about identity politics—beliefs that derive from Critical Race Theory/Critical Theory and which inform BLM and the 1619 Project.

Rather than traveling the well-worn path of other laws, which would involve greater public notification and scrutiny as well as debates on the floor of the Illinois House and Illinois Senate, those tricksy little woke dogmatists and propagandists are working this proposed “rules change” through a rules committee in hope of avoiding the prying eyes and potential opposition of the citizens of Illinois over whom Democrats rule. If this passes the rules committee on Feb. 16, 2021—that’s 12 days from now—it becomes de facto law.

As I wrote in mid-November 2020, the goal of the leftists who created these “standards” is to infuse the assumptions of Critical Race Theory, identity politics, BLM, and the 1619 Project into 1.  all teacher-training programs/education majors, 2. all Professional Education Licensing (PEL), and 3. all public school classrooms. Further,

Knowledge of objective facts and the development of the capacity to think logically through critical examination of diverse ideas are relegated to the back of the “education” bus in favor of promoting propaganda about identity, “systems of oppression,” “sex and gender, gender identity, sexual orientation, racism, sexism, homophobia, unearned privilege,” and “Eurocentrism.”

This amendment will require—among other things—that teachers “value” the belief that “there is not one ‘correct’ way of doing or understanding something.” So, does that apply to the entire amendment? If it does apply to the entire proposed amendment, then by its own logic, it should be rejected.

If the claim is correct and there is no “one correct way of understanding” anything, then either schools must spend equal time studying all viewpoints on race, sex, privilege, eurocentrism, “gender identity,” and homosexuality, or no time studying any views on these topics. Further, leftist views must not in any way or context be affirmed as true.

Some intrepid reporters or educators should ask the “progressive” lawmakers who support this project these questions:

1.) Why is a heavily Democrat ISBE committee performing the job of lawmakers? Shouldn’t this proposal be a creation of lawmakers who present it to their constituents and who debate it on the floor of the Illinois House and Senate before the entire body votes on it?

2.) Since these standards “shall apply both to candidates for licensure and to the programs that prepare them,” will teachers be free to ignore all the ideas when it comes to classroom teaching, or would ignoring these ideas potentially result in the revocation of licenses?

The story of this proposed law—er, I mean “rules change”—has garnered national condemnation from numerous sources including National Review and Charlie Kirk and in so doing increased the likelihood of not only more parents opting out of Illinois re-education camps but out of Illinois completely. Fewer residents = smaller tax base = higher taxes for the serfs who remain. Good job, Illinois Democrats.

All that bad press evidently did result in one change to the amendment. Here was one sentence from the pre-condemnation amendment:

The culturally responsive teacher and leader will … Embrace and encourage progressive viewpoints and perspectives that leverage asset thinking toward traditionally marginalized populations.

The culturally responsive teacher and leader will … Embrace and encourage inclusive viewpoints and perspectives that leverage asset thinking toward traditionally marginalized populations.

Here is the plain, unvarnished truth about living as Christians in Illinois:

No Christian has a moral right to place their children under the authority and tutelage of any teacher who affirms homosexuality as a positive identity or who affirms cross-sex identities.

Any Christian teacher who does any of those things is implicitly teaching the false, ungodly idea that biological sex has no intrinsic purpose or meaning. Such acts teach the Gnostic belief in the severability of body from spirit. Such acts teach that maleness and femaleness derive from subjective feelings—not from God’s created order. Such acts teach that compassion requires girls, boys, women, and men to relinquish their God-given feelings of modesty and desire for privacy when undressing or engaged in personal bodily functions.

Scripture prohibits lying. Scripture teaches us to train up our children in the way they should go. Scripture warns that “it would be better for him if a millstone were hung around his neck and he were cast into the sea than that he should cause one of these little ones to sin.” Scripture commands Christ-followers to render unto Caesar what is Caesar’s—not what is God’s. Scripture teaches us to take up our crosses daily and count it all joy when we encounter trials for Jesus who suffered grievously for us.

We don’t choose who is called to the frontlines of this battle for truth and righteousness. God chooses.

Do Christ-followers not understand what all this means with regard to placing their children in government schools that affirm “trans”-cultic beliefs and practices? Do Christian teachers in government schools not understand what this means in terms of what they may or must not do as teachers? Are pastors asking the parents and teachers they shepherd about their actions in those spheres? Are churches preparing ways to help the families they shepherd to exit schools that teach evil as good?

If you love your freedom, you’re going to have to resist and pay the price.  …  You don’t even have to speak the truth if you don’t think you can risk it, but at some point, if ordinary individuals don’t at least refuse to lie, then the lies and the tyrants will win.

When we think about how our freedom came to us through Valley forge and Gettysburg and Normandy, it’s really not too much to ask that we say “no” from time to time to thugs like Jack Dorsey on Twitter and that woke dame in HR, who wants you to rat on your coworkers if they make an off-color joke. Mortal danger couldn’t stop the birth of freedom, [so] the question now is will wealth and comfort smother it in his featherbed, as we fear to lose our luxuries more than our forefathers feared to lose their lives?

It’s a strange thing to be summoned—not to battle—but simply to think and speak freely like true American women and men. But our enemies are the very people who supply us with the meaningless stuff we love so much, and we have no choice, but to sacrifice … if we want to save the country from the coming trial.

Take ACTION: It is vital that the members of the Joint Committee on Administrative Rules (JCAR) hear from all Illinois taxpayers. Please click HERE to send a message to this committee urging them to vote against any proposal that would mandate all Illinois teachers be indoctrinated with left-leaning “woke” beliefs.

More ACTION: Here is a list of all the members of JCAR, and their individual contact information. It is imperative that we respectfully contact these state lawmakers to urge them to reject these new divisive “standards” by the ISBE.