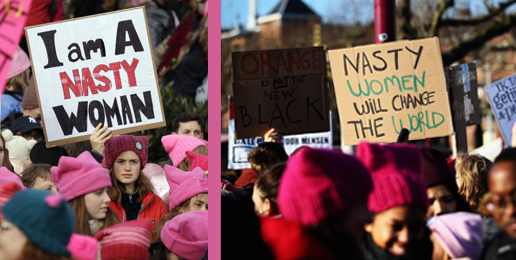 For those who weren’t politically active in the 70’s or never got around to learning the specifics about the Equal Rights Amendment (ERA), here is a thumbnail sketch of the purpose and danger of the ERA.

This proposed U.S. Constitutional Amendment is deceptively named. Men and women already have equal standing and equal protection before the law and possess God-given rights which are delineated in the Bill of Rights.

If the goal is to ensure equal opportunity, then the path is not the broad and ambiguously written ERA. Even supporters of the ERA cannot answer questions about its full impact on existing legal protections for women (and children) in state and federal statutes.

U.S. Supreme Court Justice Ruth Bader Ginsberg wrote Sex Bias in the U.S. Code when she was with the ACLU. In her book, she admitted that at least 800 federal laws would likely be struck down – laws aimed at protecting women.

Are men and women different? Over the course of centuries, common sense and science have detailed the physical and mental differences that are biologically based. The push today by Leftists to pretend these obvious differences don’t exist is not a new phenomenon — and the ERA was once such an effort that ended in failure in the 1970s.

“Equality of rights under law shall not be denied or abridged
by the United States or any State on account of sex.“ (Emphasis added.)

The Equal Rights Amendment is a poorly worded amendment to the U.S. Constitution that would restrict all laws and practices that make any distinctions based on gender or “on account of sex.” Under the ERA men and women could not be treated differently, even if the different treatment is due to physical differences.

The ERA is centrally about abortion.

Since abortion is unique to women, any attempt to restrict a woman’s access to abortion would be seen, under the rules of the ERA, as a form of sex discrimination. As a result, abortion restrictions would be overturned.

In addition, since medical procedures unique to men are funded by Medicaid (such as circumcision and prostatectomies), then abortion which is unique to women, must also receive Medicaid funding under ERA requirements.

Pro-abortion groups, including Planned Parenthood, NARAL, the ACLU, the Center for Reproductive Law and Policy, and the NOW Legal Defense and Education Fund have all submitted legal briefs stating that the ERA supports abortion rights.

Using this same ‘sex discrimination’ logic, legal scholars have reasoned that the ERA would do the following:

Americans need to become informed on this issue and seek to help educate others on the consequences of the passage of the Equal Rights Amendment. Then they must make sure their state representatives and state senators know both the dangers of the ERA and their opposition to it.

Take ACTION: Click HERE to send an email to your lawmakers, urging them to protect women’s rights by opposing the Equal Rights Amendment.

The Illinois Family Institute has posted important articles outlining what the ERA is all about – examples can be found here, here, here, and here.

State lawmakers will be back in Springfield for the veto session November 7-9, and this legislation may come up for a vote during that time.  PLEASE speak out today!