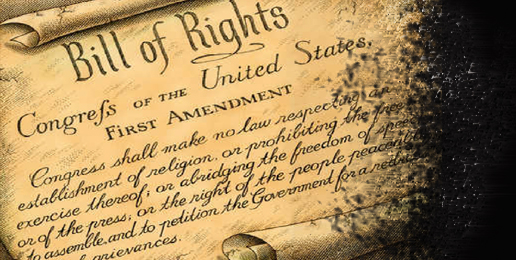 In 1929, Josef Stalin signed a law that dealt a devastating blow to religious freedom in Russia. For most of a century, Russian Christians suffered enormous persecutions for their faith. Some estimates suggest that as many as 20,000,000 Christians may have been martyred in prison camps in the 20th century for holding to their faith. One historian stated that over 85,000 Russian Orthodox Priests were shot in 1937 alone.

Communism, despite its slogans of equality and social utopia, has never come through on its promises. Stalin’s draconian measures were reaffirmed by Leonid Brezhnev’s updated legislation in 1975. A remnant of faithful underground churches remained active, but experienced severe opposition and punishment.

On November 9, 1989, the unbelievable happened. Two years after Ronald Reagan’s famous, “Mr. Gorbachev, tear down this wall!” speech, the Berlin Wall, separating East and West Germany came down. A new policy of reform and religious liberty was proclaimed in the Soviet Union. And indeed, changes began to happen.

In October of 1990, President Mikhail Gorbachev and RSFSR’s Boris Yeltsin (then chairman of the Russian parliament or Supreme Soviet), both introduced new legislation allowing for an opening of religious freedom and liberty of conscience.

Soon, Christian ministries from the West poured into Russia with evangelism and Christian discipleship tools. We must not be deceived, however, into thinking that everything was rosy. During the Clinton administration, a mass immigration occurred as Christians from Russia poured into the United States seeking asylum for religious persecution.

The KGB was still deeply entrenched in positions of power in Russia. They were just subtler and covert. But nonetheless, an unprecedented access to religious materials and Western media became available, and it seemed the door of communism would never close again on the former USSR.

The Noose is Tightened Again

In 1997, a new law was passed governing religion in Russia, but it gave no definition or description of how religious expression and promotion could be administered. Some local regions had laws restricting open expression, but most areas have been relatively open and unharassed.

However, on July 6, 2016, Russian President Vladimir Putin signed a controversial anti-terrorism law that infringes on many human rights, including religious freedom. It restricts proselytizing of religion in Russia, and imposes heavy fines for violators. The new law applies to all religious groups except for the Russian Orthodox Church (which many religious groups claim has been under the thumb of the Russian government for many decades).

Under the new law, any promotion of Christian faith, outside of an officially recognized church building, would be considered subversive, and would be faced with a fine of up to $780 for an individual, or $15,000 for an organization. It has been reported that this may apply even to evangelizing in homes or over the internet. Foreign missionaries who violate the ordinance would be deported. According to Christianity Today, “The ‘Yarovaya package,’ requires missionaries to have permits, makes house churches illegal,” among other restrictions.

Placing restrictions on religion by means of amendments to a terrorism bill was a clever move on Putin’s part. Who would want to be seen as standing up for terrorism? And, I’m sure it has been argued, religion, after all, has been the driving force between much of global terrorism. Although this measure has been condemned by religious leaders around the world, it is almost certain that Putin and his henchmen will remain deaf to their concerns.

For the past half century there has been, in America, an increasing push to privatize religion. The courts have reaffirmed the desires of the ACLU, Americans United for the Separation of Church and State, American Atheists, and others, to see all vestiges of public expressions of faith eradicated. What you want to believe in your own personal little heart about God, or the tooth fairy, or whatever you want to call Him or it, is between you and your god. But don’t bring it into the public square.

Systematically, Bible distribution in schools, public displays of the Ten Commandments, nativity scenes on public property, and public prayers in Jesus’ name are all being removed by a left-leaning, black-robed oligarchy.

It goes beyond mere privatization, however. Now, there is even a desire to move into the realm of regulating moral conscience. Atheist leader, Richard Dawkins, has suggested that it is child abuse to teach your children to believe the tenets of Christianity as being objectively true.

Many evangelical leaders in America have predicted the coming of religious persecution in America. In his 2014 inauguration speech as President of the National Religious Broadcaster’s convention, Jerry Johnson predicted a move against freedom of speech in Christian broadcasting, on the basis of supposed, “Hate Speech” legislation.

At a national homeschooling leadership conference in Chicago in 2010, Dr. Erwin Lutzer, former pastor of the historic Moody Church in Chicago told the audience they should encourage Christian homeschooling parents they serve to teach their children about the history of religious persecution as a part of their education. Dr. Lutzer has authored a book entitled “When a Nation Forgets God: 7 Lessons We Must Learn from Nazi Germany.” Author and radio host Eric Metaxas describes the book this way: “It clearly and powerfully explains what the parallels are between Germany’s fall from grace and the beginning of our own fall.”

Christian leaders like Dr. Albert Mohler, Russell Moore and others, and even former U.S. Supreme Court Justice Anthony Scailia have suggested the possible threat to religious liberty posed by the SCOTUS’ decision on same-sex marriage. What happens if a Christian college or seminary is required by law to allow same-sex dating on campus?

The fact is, it is not enough for atheists, homosexuals, socialists and cultural leftists to have their own freedom and equality to believe whatever they believe (a freedom which most Christians fully support). No, they want to ensure that Christians are not permitted to live out their own faith and convictions without retribution. This is the legacy of the New Tolerance movement. The doors of religious liberty are closing once again in Russia, after a brief twenty-six year limited window. Are the doors of our four-hundred year window of liberty closing? Frankly, that answer will be determined by what this generation of Christians in America does in the next ten years.