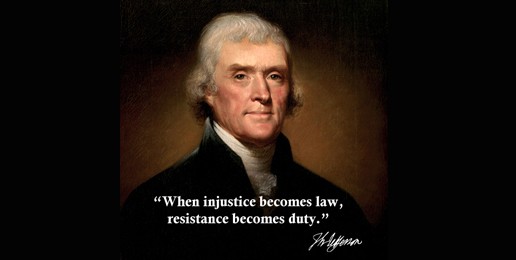 White House press secretary Josh Earnest said “Every public official in our democracy is subject to the rule of law. No one is above the law. That applies to the president of the United States and that applies to the county clerk of Rowan County, Ky., as well.”

Really? That applies to the president? Well, did it apply to President Barack Obama when he instructed Attorney General Eric Holder to stop defending the Defense of Marriage Act (DOMA), which was the law of the land—a bipartisan law passed by huge majorities in both the U.S. Senate and House of Representatives and signed into law by Bill Clinton?

What about the refusal of Cook County State’s Attorney Anita Alvarez and state-attorney’s general in Nevada, Oregon, Pennsylvania, and Virginia to defend DOMA?

What about the refusal of California Governor Jerry Brown’s and California Attorney General Kamala Harris’ refusals to defend Prop 8.

The Obergefelle decision, in which 5 unelected justices imposed same-sex faux-marriage on all of America, was as little grounded in the text and history of the Constitution as Dred Scott and Roe v. Wade. Does defying a lawless act constitute lawlessness?

Those who oppose Kim Davis’ actions ought to read Martin Luther King Jr.’s “Letter from Birmingham Jail” in order to better understand when civil disobedience is justified:

One may well ask, “How can you advocate breaking some laws and obeying others?” The answer is found in the fact that there are two types of laws: there are just laws, and there are unjust laws. I would agree with St. Augustine that “An unjust law is no law at all.”

Despite what some conservatives argue, neither religious liberty nor civil disobedience is  reserved for just those employed in the private sector.

When Eric Holder announced that the Department of Justice would no longer defend the duly enacted DOMA law, he said, “decisions at any level not to defend individual laws must be exceedingly rare. They must be reserved only for exceptional – truly exceptional – circumstances.’”

My friends, such a time is this.

Marriage Law Under Assault in Illinois
b
a
x
r