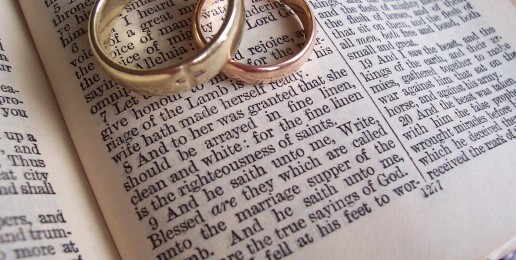 On Friday, Thomas More Society attorneys filed a motion to intervene, asking the Cook County Circuit Court to allow them to defend Illinois’ marriage law in the same-sex marriage lawsuits filed by the ACLU and Lambda Legal Defense & Education Fund. The motion to intervene was filed on behalf of Christie Webb, Tazewell County Clerk, and Kerry Hirtzel, Effingham County Clerk. Attorneys with the Thomas More Society have been appointed Special Assistant State’s Attorneys to represent Ms. Webb and Mr. Hirtzel in this litigation.

“When the ACLU and Lambda Legal brought plaintiffs from across the State of Illinois to sue the Cook County Clerk, this became a statewide issue affecting the duties and responsibilities of every county clerk in the State of Illinois,” said Peter Breen, executive director and legal counsel of the Thomas More Society. “Legal claims similar to those asserted here by the ACLU and Lambda Legal have been rejected by every federal appellate court and the substantial majority of state courts. Illinois’ marriage law is valid and constitutional. Our state’s laws deserve robust defense, and with this motion to intervene, we intend to ensure that defense.”

The Thomas More Society’s request to enter the case follows the decisions of Cook County Clerk David Orr, Cook County State’s Attorney Anita Alvarez, and Illinois Attorney General Lisa Madigan to refuse to defend the 1996 Illinois marriage law that defines marriage as the union of one man one woman. The intervention motion requested by the Society is currently set for hearing on Tuesday, July 3, 2012 at 9:15 a.m. before Judge Sophia Hall in courtroom 2301.

The ACLU and Lambda Legal have asserted that the General Assembly acted with intent to discriminate against same-sex couples when it enacted the Illinois Defense of Marriage Act in 1996. At that time, the sponsors of the legislation, State Senator Peter Fitzgerald and State Representative Tom Johnson, stated that the legislation was intended to preserve the traditional understanding of marriage and ensure that Illinois would not be required to recognize same-sex marriages performed in other states. During the debate on the measure, State Senator John Cullerton, now the President of the Illinois Senate, opposed the legislation because he thought it was unnecessary, stating that: “It is very clear that today in Illinois marriage is reserved as a union between a man and a woman. That is our policy, and I personally support that. I think it should be reserved for a union of a man and a woman. There are historic, cultural, religious, and civil traditions for this, and we should continue in that tradition.”