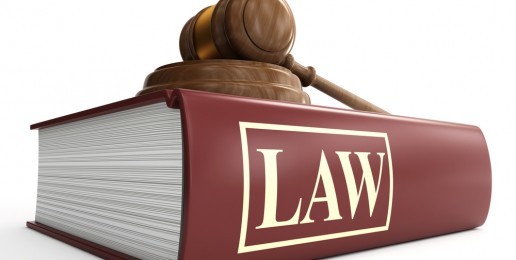 Lambda Legal is a homosexual legal organization hell-bent on using the judicial system to bypass the will of the people in order to impose its subversive sexuality theories on the entire country. This is the organization that shoved same-sex marriage down the throats of Iowans, which, not incidentally, brought the electoral defeat of those judges who threw their lots in with Lambda Legal.

Like the Iowa judges, Lisa Madigan and Anita Alvarez have crossed over to the dark side by abandoning all ethical and professional commitments to uphold and defend Illinois laws. Illinois’ Marriage and Dissolution of Marriage Act defines marriage as a legal relationship between one man and one woman. It was amended in 1996 to prohibit marriage between two people of the same sex. Even Lambda Legal attorney Camilla Taylor expressed shock over Anita Alvarez’ refusal to defend a duly enacted law, saying, “’I’ve never encountered this before.’”

Why should homosexuals be permitted to redefine marriage while other groups may not?

Lambda Legal and the ACLU hold the bizarre belief that there is a constitutional right for homosexuals to demand that the most fundamental constitutive element of marriage — sexual complementarity — be jettisoned.  It is, however, no more unethically discriminatory for the government to retain sexual complementarity in its legal definition of marriage than it is to limit marriage to two people, which effectively prohibits polyamorists from accessing marriage. I wonder if Lambda Legal and the ACLU of Illinois believe that laws limiting marriage to two people are unconstitutional because such laws will prevent three loving people in a polyamorous union from marrying.  And do they believe that laws prohibiting close blood relatives from marrying are unconstitutional because such laws will prevent a brother from marrying a male sibling with whom he is in love and hopes to raise children?

The government does not construct marriage out of whole cloth. Marriage has an inherent nature and purpose that societies and their governments merely recognize. Our government recognizes, regulates, and promotes a type of relationship that exists and best serves the needs of children.

Marriage is a particular type of relationship that has existed for the entire history of mankind and across all cultures. Men and women come together to form a union that is not merely emotional, but sexual and biological, which means it has a natural biological end (i.e., it is a procreative type of union, whether or not children result). Recognizing, regulating, and promoting this particular type of union is a legitimate interest of government. The government has no vested interest in “affirming love” through law. If marriage were centrally or solely about love and sexual desire and had no connection to either gender or procreation, there would be no reason for the government to be involved and no reason to prohibit incestuous or plural marriages.

According to the Chicago Tribune, David Orr said that “he believes the state’s ban on same-sex marriage is akin to laws that once banned mixed-race couples from marrying.” But that assertion requires evidence that homosexuality is by nature akin to race, something that David Orr was apparently not asked to provide.

There are other reasons that laws banning same-sex marriage are utterly different from laws banning interracial marriage, including the following:

Men and women who choose to make their unchosen same-sex attraction central to their identity are not prohibited from participating in the institution of marriage. They choose not to participate in it.  The starting point for homosexual activists in their analysis of the issue of redefining marriage is not the Constitution, the law, or deep thinking about the sources of morality. No, their analysis starts with their own sexual feelings. From there, like the Sophists of old, they concoct specious “reasons’ to persuade the public that gender and procreative potential are irrelevant to marriage.

The ignorance of homosexuality-affirming activists like Lambda Legal attorney Camilla Taylor is exceeded only by their hubris. We hope and pray that the efforts of the Thomas More Society and the Illinois Family Institute, which have stepped in to do what Madigan and Alvarez should be doing, will prevail over ignorance and self-righteous hubris.