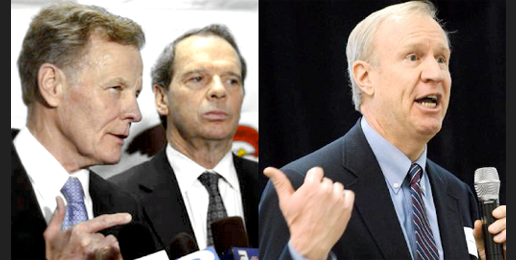 The Illinois State House was back in session during the afternoon of July 6th to override Gov. Bruce Rauner’s veto of a 32 percent permanent tax hike on Illinois families (SB 9). This tax grab also raises the corporate income tax rate by 33 percent. As anticipated, the House voted to override the veto this afternoon by a vote of 71-42 — with 61 Democrats and 10 Republicans voting in favor of increasing our taxes.

Much has been written for many years now about how Illinois is being mismanaged. The votes to override common sense is only the latest chapter in that mismanagement.

Some panicked Republicans, fearful of a credit downgrade, decided to join in with Democrats to increase the tax burden on those who haven’t yet moved to other states. As the Illinois Policy Institute’s Michael Lucci reports, however, tax increases won’t help:

Moody’s Investors Service issued a statement July 5 explaining that Illinois is in a deep debt crisis, which the tax hike passed by the General Assembly won’t resolve. Moody’s is reviewing Illinois’ debt and might downgrade the state’s credit to “junk” status even if lawmakers override Gov. Bruce Rauner’s veto of the tax hike and budget proposal and they become law. That’s because the tax increase and budget proposal passed by the legislature don’t tackle the state’s core problems; they merely address the symptoms.

In other words, the General Assembly is putting a tax hike Band-Aid on a gaping financial wound. And that Band-Aid is paid for by raising taxes by $1,100 on the average Illinois household.

No one I know is expecting Illinois Democrats to reform their ways. The Leftists that run their party have no understanding of economics and answer completely to tax-eating interest groups. When 25 percent of the state budget is going to pay pension costs, well, not much more needs to be said.

A few Republicans have shown leadership. Rep. David McSweeney (Cary) has been outspoken for two years about the no-state-budget crisis. He has never wavered in his stance against tax increases. State Senators Kyle McCarter (Vandalia) and Dan McConchie (Lake Zurich) showed much-needed life by offering a no-tax-increase budget a couple of months ago.

Unfortunately, none of those millions of dollars that are sitting in Governor Bruce Rauner’s campaign account were spent selling that budget to the people of Illinois. Instead, ads were run about masking tape and House Speaker Mike Madigan. Neither message resonated, and no progress has been made moving public opinion.

The problem is that Illinois has unsustainable debts and not enough economic growth to expand the tax base. House Speaker Mike Madigan and Senate President John Cullerton have shepherded a tax hike plan that raises taxes but does nothing to rein in the cost drivers — such as pensions and unaffordable government worker compensation and benefits — that have saddled Illinois with so much debt. And the new tax hike will further hamper economic growth by driving still more people — and taxable income — out of the state, and reducing economic activity.

The legislative Democrats’ tax proposal only prolongs Illinois’ unsustainable spending while putting off the day of reckoning with the debt. In Moody’s words:

“So far, the plan appears to lack concrete measures that will materially improve Illinois’ long-term capacity to address its unfunded pension liabilities.”

It is not a complicated situation.

The elections next year will be a contest to see which side can more successfully blame the other for this decades-in-the-making disaster. It won’t be surprising if many people add that to their list of reasons why they should leave Illinois. Who wants to hear grown men and women spending tens of millions of dollars explaining how the other party is at fault?

The money would be better spent explaining how we get out of this mess. It is not complicated. Tens of millions of dollars of effective advertising could win the kind of support needed for serious reform.

Effective advertising would leave out the words “masking tape” and the name “Mike Madigan.” 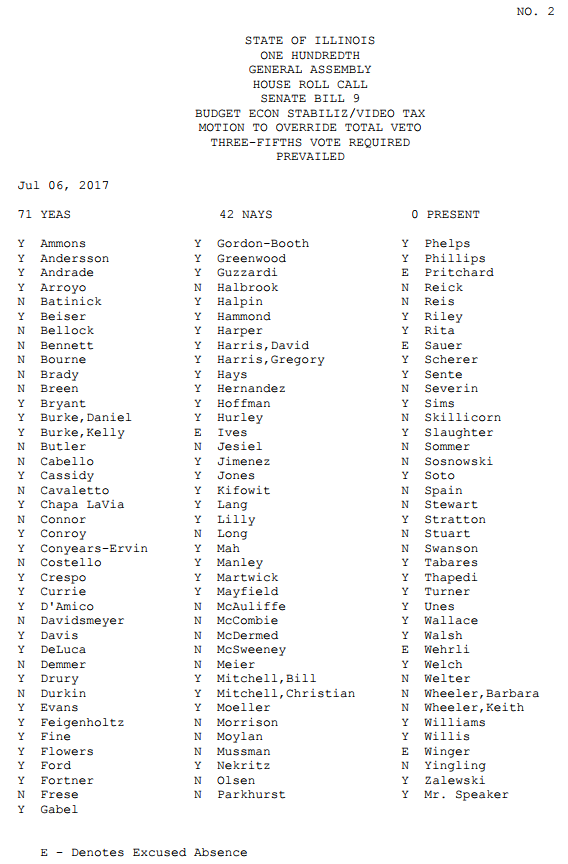