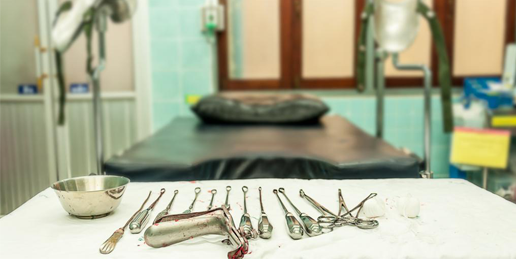 Parental Notification of Abortion on the Chopping Block?
Written By Kathy Valente   |   01.10.20
PRINT

According to a recent article in Forbes magazine, Illinois has the disconcerting distinction of being the top state for out-migration. That is, Illinoisans are leaving the state in record numbers. This is not a new trend. For 6 years in a row, Illinois has had a net population loss.

Is there a connection between the exit from Illinois and our high taxes, political corruption, pension debt, radical abortion expansion, “LGBT” indoctrination and many other foolish policies? We believe there is, and the 2017 taxpayer funding of abortion bill signed by Bruce Rauner is a component in the overall disgust people have with Illinois politics and its moral drift.

Last year, state lawmakers passed abortion expansion legislation (SB 25), and Governor JB Pritzker signed it into law. With this expansion, they opened the door to ending what little protection there is for young girls, a protection we fought long and hard for: Parental Notification of Abortion. This Illinois law requires abortion mills in Illinois to notify a parent or adult family member if a minor female (17 or younger) seeks an abortion, unless a judge gives a waiver. The family member does not have to give permission for the abortion, they simply must be notified 48 hours in advance of this dangerous medical or surgical procedure.

Please understand that the law does not require consent from the parents (or guardians) of these girls whose mental, physical, and spiritual well-being they deeply care about. Parents need only be notified. Now abortion cheerleaders want to repeal even that.

Repealing Parental Notice is a high priority for some left-wing groups. The Chicago Sun-Times published an op/ed in favor of repeal last year. The ACLU, Planned Parenthood, NARAL and even Equality Illinois are working to repeal this protection. Well-known political activist Terry Cosgrove, president of Personal PAC, told Illinois Playbook that the repeal is “the most important bill coming up.”

Personal PAC believes that “every woman has the absolute right to make her own decisions about her body, without government, spousal, parental or religious interference and without regard to her financial circumstances.” Personal PAC cares not at all about the bodies of humans in the womb.

Repealing the Parental Notice of Abortion law does nothing to protect the vulnerable young girls who fall prey to older men but will instead protect their abusers. This cannot be allowed to happen.

State Representative Brad Halbrook (R-Shelbyville) also believes that during this upcoming session, which begins on January 28th, lawmakers will push to repeal Parental Notification, while John Ryan, a pro-life advocate from the Illinois Federation for Right to Life suggests that pro-aborts may just amend the law instead of repealing it:

There have been suggestions that the pro-abortion legislators might not repeal parental notice but, rather, amend it to include a way around the parents that would completely gut the law.  One example of a bypass that has been proposed in Illinois and elsewhere would have the notice go to a clergy person.  However, if the abortion clinic had a pro-abortion minister who was a de facto chaplain for the clinic all that would be necessary would be that that minister keep a minimal record of each minor who advised him that they were going to have an abortion and provide some kind of statement or form to the minor or directly to the clinic.  If a legislator tries to suggest to you that any clergy bypass provision would stipulate that the clergy person would be known to the family or have existing organizational ties to either the young woman or to her family, ask them just how they would draft that language to effectively exclude clergy people who were not previously known to the family . . . . and the same for the young woman.

Abortion involves not merely serious health risks but the voluntary destruction of the life of another human being. Minor girls (and would-be mothers) need and deserve the input of those who love them most. Repealing Parental Notification isn’t about minors’ health and parental rights but about extremists’ obsession with an absolute, unfettered, and warped view of sexual freedom–at any age.

Whether the law is amended to notify clergy instead of parents or repealed entirely, these changes in legislation will harm young girls in the state. We must do what we can to preserve what little protection we currently have for minor girls and their parents or guardians.

Take ACTION: Click HERE to contact your state lawmakers. Let them know that gutting or repealing the Parental Notice of Abortion Act is unacceptable. Ask them to oppose any and all efforts to repeal or amend the law and instead uphold parental rights.

Please also make a couple of calls to reinforce your emails. The Capitol switchboard number is (217) 782-2000. Additionally, if you are able, please make an appointment to see your state representative and state senator in their district offices. Visiting them is the most effective approach.