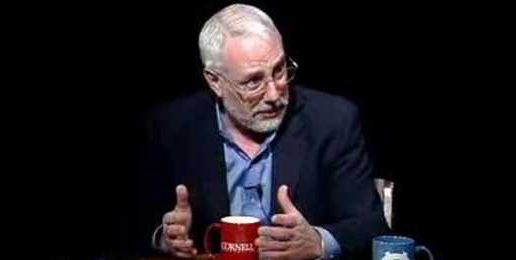 Steve Rauschenberger: There is Too Little Interest in Addressing the State’s Budget Fundamentals
Written By John Biver   |   05.04.17
PRINT

A couple of weeks ago I had the opportunity to talk with former state Senator Steve Rauschenberger, an old friend and former boss. When I first met him during his first campaign back in 1992, the political operative I was with made a prediction to me after the meeting: Steve is not going to play along — he’s going to be a problem for the GOP establishment. And he was.

Along with four other senators elected the same year, Steve became part of what was called the “Fab Five”: Peter Fitzgerald, Chris Lauzen, Pat O’Malley, and Dave Syverson. Only Syverson remains in the Illinois Senate today. The group was outspoken and critical of both parties when it came to important policies.

Then Senate President James “Pate” Philip made Steve chairman of the senate’s Appropriation Committee, and Rauschenberger became a respected expert on the budget. In addition, Steve excelled in an understanding of electric deregulation, telecom legislation, and the state’s health care industry. You don’t get that deep into technical issues such as those without ability and commitment.

In the senate Rauschenberger was a critic of both Governors Jim Edgar and George Ryan, but once Rod Blagojevich took office, Edgar and Ryan looked a whole lot better by comparison. Under Blagojevich, Steve explained, any commitments to restraints were tossed out and mismanagement took hold and both spending and debt skyrocketed.

Curious to hear what Steve had to say about the state budget drama today, I called him. Sure enough, he summed up the state of the state nicely.

When it comes to spending money, he explained, the state is like a raging drug addict that is incapable of dealing with his addiction. Increasing the supply of drugs is as foolhardy as giving the state more money. That addict needs to be committed to a clinic where he can get treatment and break his addiction.

When it comes to state spending, there are three places you’re going to have to look: Medicaid, education, and pensions. On the phone, Steve said there were four areas — he divided up K-12 and higher ed.

When I told him I figured Medicaid was going to be tough to get money from as we transition out of Obamacare, he disagreed. Medicaid payments to hospitals are too high in Illinois, Steve explained, and then he confirmed another one of my recent comments to friends regarding hospital construction. The Rush-Copley near me recently put on a new lobby and facade. Not long ago I learned that some of the floors of a hospital in DuPage County were being laid with marble from Asia. I was correct that the hospital business was thriving, but wrong about Medicaid — it indeed can be cut according to Rauchenbeger.

Eventually the pensions are going to have to be cut off from the state budget, Steve said, as there is no legal requirement for taxpayers to keep funding the system. The proliferation of six-figure pensions for retired state employees is (and these are my words) legalized theft.

As for the K-12 and the state colleges and universities, there has been little discipline when it comes to spending for many decades. It’s for the kids, don’t you know, and uh, the young adults attending college.

On the topic of the budgetary standoff between Governor Bruce Rauner and House Speaker Mike Madigan, Steve then compared the state’s budget to a machine. Government programs operate like an engine, and when there is something wrong with the engine, just adding more fuel (through tax increases) solves nothing.

You have to fix the engine to balance the budget. In some policy areas the only adjustment needed will be the turning of a few dials. In other areas, a tune-up. Still others, a complete overall is absolutely required. Unfortunately, he said, right now there seems to be little interest in addressing the fundamentals.

When Illinois Senators Kyle McCarter (R-Vandalia) and Dan McConchie (R-Lake Zurich) introduced their “Taxpayer Bargain” budget proposal a few weeks ago they described it as strong medicine for a very sick state.

After talking with Steve Rauschenberger, it looks like major surgery will be required along with that strong medicine.