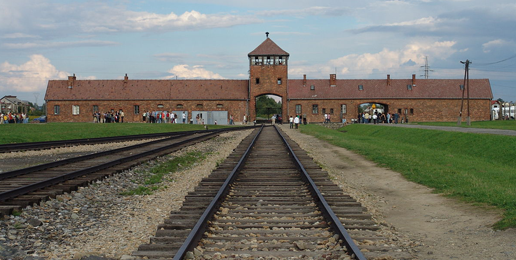 If you want an exhaustive, well-argued refutation of the resolution, read “Left-Wing Partisans File Stunning Resolution Against Illinois Family.” HJR 55 is stunning for all the reasons that author Laurie Higgins identifies but also because of its glaring omission: any mention of abortion, the topic of the article that started it all.

There are always hazards when invoking the Holocaust, not least of which is overstating the parallel to a current situation. But that’s not the case here. It is indisputable that the Nazis dehumanized an entire class of human beings defined solely by their ethnoreligious heritage, then rounded them up and shipped them off to be exterminated with lethal efficiency in death camps across Europe.

It’s also indisputable that abortion providers—most notably Planned Parenthood—are also in the extermination business. They and their enablers—most notably regressive Democrats, who increasingly champion infanticide—have dehumanized an entire class of human beings defined solely by their stage of development in situ.

One significant difference between the Jewish Holocaust and our modern holocaust is that abortion clinics don’t have to round up babies and send them to a centralized abortion mill. Instead, Planned Parenthood has conveniently dotted the country with more than 600 of their own little death camps for easy access. It’s the children’s own mothers who—whether they gleefully “shout their abortion” or enter a clinic in desperation—play the role of Hitler’s Schutzstaffel.

The parallels between the two holocausts, made so often as to be in danger of becoming cliché, are strong and obvious—except to the willfully blind.

So why the extraordinary step of a resolution in the Illinois House condemning the comparison? Just this: by making the comparison, Illinois Family conferred personhood on the pro-choicers’ blob of tissue. IFI re-humanized them. The resolution’s assertion that IFI is “recklessly comparing those who disagree with their extreme agenda to Nazis” can only be true if babies aren’t human.

The resolution is a naked halogen bulb blinding observers to their real objective, which is to intimidate and shame IFI into submission. Accusations of unspecified threats, anti-Semitism, “hate speech,” “bigotry,” “homophobia” and “extreme rhetoric” are followed by a call for “a formal investigation” into such speech and asking the Secretary of State to suspend IFI’s lobbying credentials.

One of the resolution’s co-sponsors, State Representative Jonathan Carroll (D-Northbrook), took to Twitter to express his outrage. “This is hate speech and I demand a retraction. Comparing Democrats to Nazis to to [sic] promote your agenda is disgraceful.” He was later quoted as saying, “We call on the Illinois State Police to do a full investigation of these incidents.”

To summarize: the all-Democrat Jewish Caucus of the Illinois House of Representatives has circled the wagons and called for reinforcements because they don’t like a commonly-used analogy comparing the killing of 61,000,000 babies (and counting) to the killing of 6,000,000 Jews—and allegedly fear that they will now be the victims of violence. To address the threat, they are summoning the power of the state to crush IFI.

Meanwhile, the State of Illinois is circling the drain. We are the least fiscally solvent state, but pay the highest state and local taxes in the country; we are the third most corrupt state in the nation and boast the worst-in-nation pension crisis; we’re unlikely to successfully weather a recession, we have one of the worst home foreclosure rates in the nation, and we lead the country in number of residents fleeing the state.

If regressives get their way, they’ll also bestow on Illinois the distinction of having the most radical abortion laws in the land. (We’re number one! We’re number one!)

Instead of wasting their time and taxpayer money weaponizing the state to kick around a tiny pro-family organization that enjoys First Amendment protections, how about getting busy fixing the national embarrassment that the land of Lincoln has become?

Instead of indoctrinating five freshman legislators on the finer points of virtue signaling (“Hate has no home here,” right, Rep. Sara Feigenholtz?), how about challenging Jonathan Carroll, Daniel Didech, Jennifer Gong-Gershowitz, Yehiel Kalish, Karina Villa, Anna Moeller and Bob Morgan to balance a budget by reining in spending? Instead of demonstrating knee jerk outrage, how about demanding an investigation into how the most corrupt big city in the nation let Jussie “O.J.” Smollett skate after slandering half the country’s citizens and lying about it?

Regressives and their junior commies in the Illinois House have more pressing issues to deal with than some petty disagreement about whether legal abortion is like the Jewish Holocaust or not. Judging by the March 20 turnout to protest the proposed abortion legislation that “overtaxed Capitol security,” there are a lot of people who agree that it is.

The Hebrew prophet Isaiah wrote, “Woe to those who call good evil and evil good, who put darkness for light and light for darkness, who put bitter for sweet and sweet for bitter” (Isaiah 5:20). Jewish legislators should understand better than anyone the evil of taking innocent life. Rescind the resolution and do what you were elected to do: rescue Illinois.

Take ACTION: Click HERE to contact your state senator and representative to ask them to reject this dangerous resolution. Ask them to vote down HJR 55 and the unprecedented and tyrannical action being taken by extreme partisans in the Illinois General Assembly.