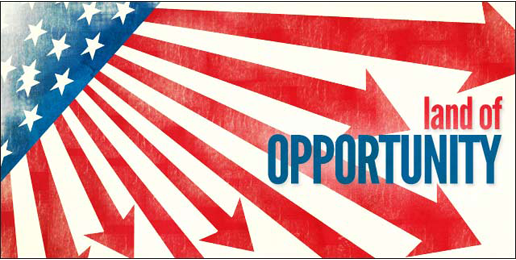 There is a lot of talk of oppression, privilege and struggles in America right now. Unfortunately, the vast majority of this dialogue is in the negative sense, very often as a smear against our system of governance. Americans have a tendency to look through a lens that clouds not only our history, but it also limits our views to an Ameri-centric perspective.

Ironically, and quite disturbingly, some of the loudest voices proclaiming oppression are from those who are among the wealthiest in the nation, and the world. As I mentioned before I do not believe in “white privilege.” I do believe in American privilege. It is something that is too often overlooked.

A groundbreaking study by Just Facts has discovered that after accounting for all income, charity, and non-cash welfare benefits like subsidized housing and Food Stamps—the poorest 20 percent of Americans consume more goods and services than the national averages for all people in most affluent countries. This includes the majority of countries in the prestigious Organization for Economic Cooperation and Development (OECD), including its European members.

In other words, if the U.S. “poor” were a nation, it would be one of the world’s richest.

In a July 1st New York Times video op-ed claimed that “America is the richest country” in the OECD, “but we’re also the poorest, with a whopping 18 percent poverty rate—closer to Mexico than Western Europe.” Yet, World Bank data shows that 35 percent of Mexico’s population lives on less than $5.50 per day, as compared to only 2 percent of people in the United States.  In other words, poverty rates say nothing about which nation is “the poorest.”

To accurately compare living standards across or within nations, it is necessary to account for all major aspects of material welfare. None of the Times data did this. The OECD data is particularly flawed because it is based on “income,” which excludes a host of non-cash government benefits and private charity that are abundant in the United States.

When politicians, celebrities and the media talk about poverty, disadvantage or income inequality, they often use statistics that fail to account for large amounts of income and benefits received by poorer households. This gives America’s poor a purchasing power that far exceeds the purchasing power of every income group in many other nations. 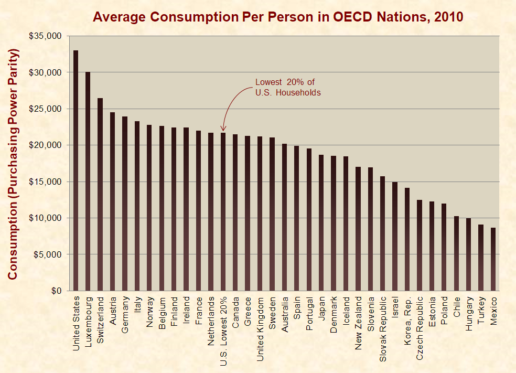 In 2010, even the poorest 20 percent of Americans consumed 3 to 30 times more goods and services than the averages for all people in a wide array of developing nations around the world: 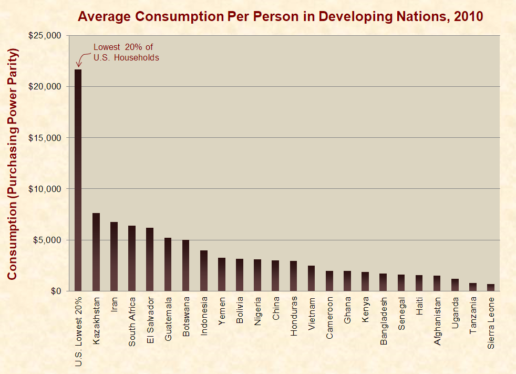 These immense gaps in standards of living are a major reason why people from developing nations immigrate to the U.S. instead of vice versa. America has more opportunity and wealth for all classes of Americans than many people around the world will ever know.   No one wants to be poor, but if you are, America is the best place to be.

America Is Not Racist
b
a
x
r