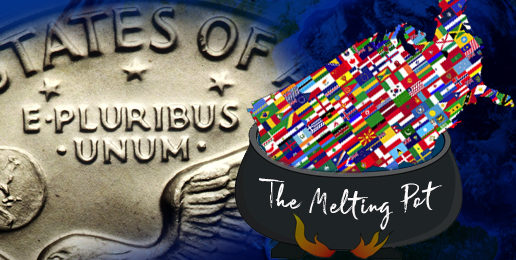 I am really torn about what to say about the upheaval going on in our nation. I have spent a lot of time reading, researching, and listening to various sermons, presentations, and articles on things like the social justice movement, intersectionality, racism, cultural Marxism and virtue signaling in our culture and in our churches…

I recently had a “discussion” with someone that almost instantly turned into my having to prove I am not racist . . .  as defined, of course, by his perceptions, not my heart, or my statements, or my actions.

I love America and I love the study of U.S. history. I thank the Lord that in His sovereignty he blessed me by ordaining my birth here in 1967. I almost never think of myself as “white.” I do often think of myself as American. I believe that I have American privilege. I am so thankful for it. I do not buy into “white privilege.” I cannot think of a better place for anyone of any ethnic background to live that offers more freedom, more equality, and more opportunity than the U.S.

I do not believe that in 2020 America is racist. More than any other country, America has sacrificed to correct the wrongs of our history. I am worried that too many people have been led to believe that America has not changed since 1865 or 1920. It has . . . but for many, the sins of the past can never be overcome or repented of enough. I do not believe this is Biblical, let alone secularly true.

I do believe that, even today, there are racist Americans, and that some people treat others poorly. (There are also racist police officers.) But I do not believe they are racist because they are Americans or even because they may be white. There are some racists among us, of all ethnicities, and all professions, because we are all humans with a sinful nature that utopian ideas cannot change. For this same reason, there are also liars, adulterers, thieves, rapists, and child abusers among us too. We have, and need, laws to address and deter these human sins.

Thankfully, we have passed a great deal of laws that have been successful as both a teacher and a protector, so that all Americans have opportunities in spite of our differences. We also have vital institutions like churches and schools to help us live above our base human tendencies.

There are people out there talking about “systematic racism” some saying that, as one professor declared on national TV, “America is a social experiment that has failed.”  If this is true, we are doomed. But it is not true. Venezuela and the USSR were social experiments that failed. America has been a very, though not perfectly, successful experiment in liberty in so many ways.

There are definitely economic inequalities in the U.S. for a variety of reasons. Yet, it should also be remembered that 71 percent of the world’s population has less than $10,000 in total assets. Americans are a prosperous lot, and globally, most of us would be considered wealthy and privileged. The typical American has as much wealth sitting in their driveway, as much of the world currently has in their entire life.

I say that only to say a self-hating society cannot last.

The loss of life of at least 17 people, mostly minorities, in these riots is horrific. To me, after this is the destruction of businesses and properties in the cities where serious social problems remain. A part of this destruction that deeply worries me involves an historic ignorance I see mostly among young white anarchists who have infiltrated and hijacked a legitimate concern over the death of George Floyd and police policies.

Last week, I mentioned the senseless painting of “Black Lives Matter” on the Indianapolis Soldiers and Sailors monument, which was built in large part to remember the lives and service given by Indiana’s Union soldiers in the Civil War. I think that outrage has now been topped in Boston.

Rioters vandalized the Shaw Memorial statue dedicated to the 54th Massachusetts Voluntary Infantry regiment. This was the all black Union regiment depicted in the Oscar winning movie Glory, starring Denzel Washington and Morgan Freeman. Authorities believe that rioters vandalized the memorial on Sunday, May 31st – the 123rd anniversary of its dedication!

This kind of stupidity, and total dismissal of the good things in American history that occurred to achieve equality, is baffling and scary. Too many of our nation’s young have been indoctrinated to believe everything bad about our nation with no historic or global perspective of the positive uniqueness of America. These senseless anarchists might as well vandalize the Selma, Alabama, Pettus Bridge too.

While I do not want to dismiss legitimate conversations, let me pass along a couple of facts that point to my title of this item.

I am not wanting to overlook any concerns, but these are not the kind of major life decisions you would see of a people living under a “systematically racist” government.

Perspective Should Make Us Thankful Americans
b
a
x
r