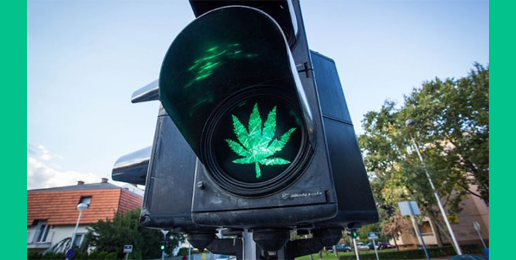 A new and slightly different “recreational” marijuana bill has been introduced in the Illinois General Assembly.

This new 610 page proposal, Senate Amendment 2 to HB 1438, is now moving quickly in the Illinois General Assembly, as proponents want to beat the end of session deadline, which is this Friday, May 31st.  This effort has the power of the governor behind it.

Governor Pritzker is leaving no stone unturned. He is fulfilling his campaign promise to legalize and commercialize high potency weed. We have heard that he’s personally calling lawmakers and offering them whatever they want in return for their vote to legalize.

If proponents are successful, “super weed” will be legal and commercialized. Think billboards and ads.

Don’t think for a minute that marijuana is harmless. It is not. It’s far more potent than in the 60’s and 70’s — and this new legislation does not limit THC levels. In Colorado, marijuana products have THC levels that are 20 to 95 percent THC. Yet in the Netherlands, marijuana products over 15 percent are considered hard drugs, and illegal.

If passed in Illinois, traffic fatalities, hospitalizations and poison control center calls will increase, as they have in states that have legalized. More drugs will flood into our communities and more kids will start using and become addicted. Kids already think it’s harmless. In their eyes, it’s “medicine.”

There is ample research that shows that regular use among youth can permanently reduce their IQ by as many as 8 points. The frontal lobe doesn’t fully develop until age 25 or 26. Regular marijuana use affects that portion of the brain where THC is stored. For a child with an average IQ, the loss of 8 IQ points could result in a minimum wage verses a good paying job in their future.

This “super weed” is directly linked to an increase in psychotic behavior, schizophrenia and violence.

With the governor making calls and promises, this new amended legislation (HB 1438) could get the needed 60 votes in the Illinois House and 30 votes in the Illinois Senate to pass — including Republicans. Calls and emails do make a difference! YOU can help stop this foolishness from becoming reality in Illinois.

Take ACTION: Please pray that this bill does not pass! Then Click HERE to send an urgent email asking your lawmakers to oppose HB 1438. Then make a quick call into their Springfield offices. Click HERE for their phone numbers in Springfield. They will be the last 2 on the list.