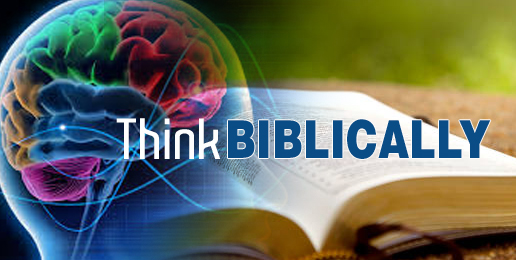 As you are no doubt aware, our lawmakers in Springfield are now considering legislation to legalize “recreational” marijuana in Illinois. For approximately ten years, we fought against the push for “medical” marijuana, warning that, in part, it would be a stepping stone to full legalization.

The proposal to legalize the use of “medical” marijuana passed in 2013, allowing its legal use to commence on January 1, 2014. Illinois’ Compassionate Use of Medical Cannabis Pilot Program Act is currently scheduled to end on July 1, 2020.

However, many are not aware that in 2016, lawmakers also decriminalized the possession of marijuana, thereby reducing it to a small fine. Furthermore, records are expunged every 6 months.

So six years after their opening maneuver, it’s no surprise that lawmakers are pushing for full legalization of marijuana for adults 21 years of age and older. Some proponents claim that legalization will provide much-needed tax revenue. Others profess that legalization will ease the burden on the court system, and yet another faction wrongly believes marijuana is no worse than alcohol, so adults should have the freedom to use it as they choose.

Colorado has had legal marijuana for six years and we can learn much from their embrace of this foolishness. Since legalization, Colorado has seen a 72% increase in pot-related hospitalizations. Emergency rooms are overwhelmed with overdoses from marijuana products that contain a THC concentration ranging from 20% to 90%. As a point of reference, in the Netherlands, where marijuana is legal and almost anything goes, any products with THC levels over 15% are classified as “hard drugs” and remain illegal.

Additionally, Colorado has seen a 66% increase in pot-related deaths since legalization. This growth is partly due to a 67% increase in fatal car crashes involving marijuana-intoxicated drivers. As more and more states follow Colorado’s lead, it is no wonder the National Highway Traffic Safety Administration Fatality Analysis Reporting System states that the “rate of marijuana involvement in fatal car crashes will soon rival alcohol as the NUMBER ONE preventable traffic problem.”

With these statistics in mind, it is important to note that marijuana is not like alcohol in its intoxicating effects. Whereas one glass of wine or a typical cocktail would not render an individual intoxicated, one drag on a marijuana joint can get someone high. Please note, I am not speaking from personal experience; rather, I have verified this fact with friends who have used marijuana regularly and they all agree – smoking just a portion of a joint results in the impairment associated with being high. When it comes to marijuana, there is no acceptable minimum, no reasonable or “safe” amount.

As Christians, we ought to be knowledgeable about what Scripture says on the matter:

Be sober, be vigilant; because your adversary the devil walks about like a roaring lion, seeking whom he may devour. ~ 1 Peter 5:8

This is a warning! Be sober – don’t be intoxicated! Keep a clear head and a sound mind. Marijuana certainly clouds thinking and alters the senses. It also has a negative effect on fine motor skills and reaction time.

Research shows that these negative effects on attention, memory, and learning can last for days or weeks after the immediate, acute effects of the drug wear off. Consequently, individuals who smoke marijuana daily may be functioning at a reduced intellectual level most or all of the time. Studies have also documented links between marijuana use and psychiatric illness, cancer, stroke, and decreased fertility in men and women.

Simply put, one cannot use this drug and remain sober and alert. Marijuana use leaves people vulnerable to the attacks of our adversary.

Woe to you who make your neighbors drink, who mix in your venom even to make them drunk so as to look on their nakedness! ~ Habakkuk 2:15

The phrase “mix in your venom” refers to the ancient practice of adding herbs or drugs to wine to make it more potent. Today, people mix marijuana in punch, lollipops, cookies and brownies, and even spray THC concentrate on gummy bears. Reportedly, the THC potency is so strong that the recommended “dose” for an adult is one quarter of a gummy bear! Who eats just one quarter of a gummy bear?!? It’s no wonder people are rushed to ERs in agony as they experience the dangerous side effects of THC overdose.

Please, do not be misled. Marijuana is not a benign or beneficial drug no matter how vigorously its proponents claim otherwise and any proposal regarding its legalization should receive serious scrutiny. Christians most certainly should oppose policies that lead to tragic physical, mental, and spiritual consequences.

If we are truly striving to fulfill the second great commandment to “Love your neighbor as yourself,” (Matthew 22:39) how can we turn a blind eye to such a disastrous policy? If we genuinely love our neighbor as we love ourselves, our concern should be for spiritual consequences, as well as for the overarching negative effect of marijuana on our communities and our culture. It is no exaggeration to suggest that, if marijuana is legal for all, many people will become dependent on the drug and unable to hold down jobs, which will result in a greater dependency on the welfare state and overtaxed social service agencies. Sadly, Colorado has experienced an increase in homelessness to such a degree that it has adversely impacted the state’s lucrative convention and tourism business.

In Matthew 6, the Lord instructs us how we should pray. Part of His template tells us to pray that we not be led into temptation, but delivered from evil. The passage of a “recreational” marijuana bill will lead our neighbors, maybe even some of our family members, into temptation, intoxication, and addiction. If we are praying against temptation for ourselves, yet ignore the fact that our government is intentionally placing temptation in front of our neighbors, how can we claim to love our neighbors? How can we claim to love, fear, and obey the Lord?

It is vital that we know the truth of God’s Word so we can recognize and refute the schemes of the devil and thwart his desire to devour people with his lies. We must be informed and proactive to talk with our children about the practical and biblical reasons to avoid the insidious temptation to use marijuana. Finally, we must clearly speak up to make our concerns and objections known to the men and women who represent us in Springfield.

Take ACTION: Please click HERE to send a message to your state representative and state senator to urge them to oppose any and all efforts to legalize marijuana. Ask them to oppose SB 7, and tell them you don’t want your more impaired workers on job sites, more impaired drivers on the road, more young people being sucked into a life of addiction and local hospitals having to deal with all of this.

I urge you to think biblically regarding the issues of our day – specifically the debate about legalizing marijuana as a “recreational” substance. Moreover, I encourage you to pick up the phone this week and call your state senator and representative and ask them to strongly oppose and vote against this dangerous and foolish public policy. The Illinois Capitol switchboard number is (217) 782-2000.