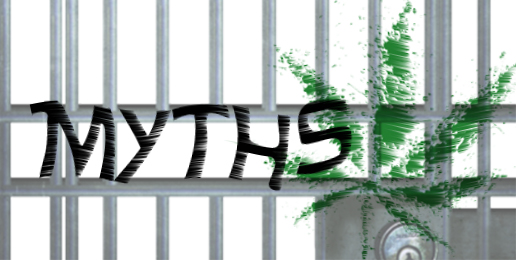 I retired after three decades as a prosecutor.  While in the Cook County State’s Attorney’s Office, I drafted a training manual called Narcotics Law which was later used in the office as a manual for Assistant States Attorneys for over a decade and years after I retired.  After I retired I have defended people accused of violating the Cannabis Control Act.  Knowing how the system really works, I can dispel several cannabis myths. It’s like Ronald Reagan said, “It isn’t so much that liberals are ignorant. It’s just that they know so many things that aren’t so.”

First time Cannabis users don’t go to jail or prison.  Defense attorneys game the system to keep clients from being sentenced to jail or prison.  It almost always takes at least five arrests for cannabis violations before jail or prison time is considered.  In Cook County they have what is called Drug School.  First offenders are allowed to go to classes and if they attend, the case is dropped without a conviction. Defense attorneys say their clients like Drug School because it exposes the dealers who were caught on a mere possession charge to new customers.   You can only get Drug School once.

Second misdemeanor cannabis offenders are allowed to get Court Supervision for a year or two.  At the end of the Supervision, the court enters a finding of not guilty.

A third arrest for a cannabis violation usually ends up in 710 Probation which is for first time offenders and is expungable.

A fifth arrest ends up in in straight probation with no jail time because the offender is “clean” with no prior convictions.  Occasional errors of omission on rap sheets and criminal histories allow defendants to get these programs more than once.  So only after the fifth arrest will judges start giving out jail or prison because probation did not work.  With a docket of murderers and other violent criminals, judges give away the store rather than be bothered by such relatively innocuous violators. When a defendant is at the end of his rope with these programs the defense attorney will try to win a motion to suppress, win a bench trial, or win jury trial to avoid real jail or prison time.

Every year the Illinois Department of Corrections releases an Annual Report showing what percent of the prison population is in for what type of crimes.   The latest report is for 2014 and it shows that 1.4% of Illinois’ prison population is in prison for violations of the Cannabis Control Act. None of these are mere users.  This 1.4% are the dealers doing time, most on plea bargained reduced charges, where the seizures are measured in pounds or tons.

The last 20 year of research reveals “what isn’t so.”

Marijuana use has become increasingly prevalent over the years, and the review of marijuana studies summarizes what researchers have learned about the drug’s effects on human health and general well-being over the past two decades. One such peer reviewed academic study was done by Wayne Hall, a professor and director of the Center for Youth Substance Abuse Research at the University of Queensland in Australia.  Professor Hall examined scientific evidence on marijuana’s health effects between 1993 and 2013.   He found that adolescents who use cannabis regularly are about twice as likely as their nonuser peers to drop out of school, as well as experience cognitive impairment and psychoses as adults. Moreover, studies have also linked regular cannabis use in adolescence with the use of other illicit drugs

The risk of a person suffering a fatal overdose from marijuana is “extremely small,” and there are no reports of fatal overdoses in the scientific literature, according to the review. However, there have been case reports of deaths from heart problems in seemingly otherwise healthy young men after they smoked marijuana, the report said. Professor Hall said, “The perception that cannabis is a safe drug is a mistaken reaction to a past history of exaggeration of its health risks.”

Marijuana use carries some of the same risks as alcohol use, such as an increased risk of accidents, dependence and psychosis, he said.  It’s likely that middle-age people who smoke marijuana regularly are at an increased risk of experiencing a heart attack, according to the report. However, the drug’s “effects on respiratory function and respiratory cancer remain unclear, because most cannabis smokers have smoked or still smoke tobacco,” Professor Hall wrote in the review.

Regular cannabis users also double their risk of experiencing psychotic symptoms and disorders such as disordered thinking, hallucinations and delusions — from about seven in 1,000 cases among nonusers to 14 in 1,000 among regular marijuana users, the review said. And, in a study of more than 50,000 young men in Sweden, those who had used marijuana 10 or more times by age 18 were about two times more likely to be diagnosed with schizophrenia within the next 15 years than those who had not used the drug.

Critics argue that other variables besides marijuana use may be at work in the increased risk of mental health problems, and that it’s possible that people with mental health problems are more likely to use marijuana to begin with, Hall wrote in the review. However, other studies have since attempted to sort out the findings, he wrote, citing a 27-year follow-up of the Swedish cohort, in which researchers found “a dose–response relationship between frequency of cannabis use at age 18 and risk of schizophrenia during the whole follow-up period.”  In the same study, the investigators estimated that 13 percent of schizophrenia cases diagnosed in the study “could be averted if all cannabis use had been prevented in the cohort,” Professor Hall reported.

As for the effects of cannabis use in pregnant women, the drug may slightly reduce the birth weight of the baby, according to the review.

The effects of euphoria that cannabis users seek from the drug come primarily from its psychoactive ingredient, called delta-9-tetrahydrocannabinol, better known as THC, Hall wrote in the review. During the past 30 years, the THC content of marijuana in the United States has jumped from less than 2 percent in 1980 to 8.5 percent in 2006. The THC content of the drug has also likely increased in other developed countries, Hall wrote in the report.

Some argue that there would be no increase in harm, if users adjusted their doses of the drug and used less of the more potent cannabis products to get the same psychological effects they seek, Professor Hall said.   However, “the limited evidence suggests that users do not completely adjust dose for potency, and so probably get larger doses of THC than used to be the case,” Hall said.

Studies on the use of alcohol — and, to a lesser extent, other drugs such as opioids — have also shown that more potent forms of these substances increase users’ level of intoxication, as well as their risk of accidents and developing dependence, he added. People who drive under the influence of marijuana double their risk of being in a car crash, and about one in 10 daily marijuana users becomes dependent on the drug, according to a new review.

With cannabis use not deterred by law enforcement efforts as currently practiced, the deleterious effects of cannabis use, especially on our youth will increase over time.

Ed is a former Will County and Cook County Assistant State Attorney with 30 years of prosecutorial experience. He also recently served two terms as Will County Republican Chairman.