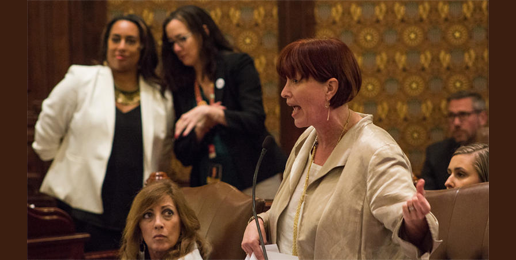 The Illinois Senate approved the so-called  “Cannabis Regulation and Tax Act” (HB 1438 Senate Amendment 2) late yesterday afternoon by a vote of 38–17 with two voting present and two not voting. This bill now moves to the Illinois House for consideration. We have been told that Governor Pritzker has been making personal calls to lawmakers, promising them favors for their yes vote.

With the regular session ending on Friday, they have this legislation on fast track. Pro-family residents must speak out to their State Representatives today.

Click here to see how your state senator voted on this anti-family legislation, or look at the graphic below.

It is important to note that State Senator Dale Righter (R-Mattoon), Chapin Rose (R-Champaign), and Dan McConchie (R-Lake Zurich) raised strong objections to the bill during floor debate.  On the other hand, State Senators Jason Barickman (R-Bloomington), Neil Anderson (R-Moline), Michael Hastings (D-Frankfort) and others spoke in favor of passing this terrible bill.

This bill has no limits on THC levels, which is perhaps the most alarming part of this proposal. THC is the chemical substance in marijuana that gets users intoxicated. The marijuana products of the 1960’s and 1970’s contained 1-3 percent of THC. Today, the levels are 20 percent or more. The Dutch government now considers cannabis products with 15 percent THC hard drugs and illegal.

Legalization of high potency marijuana is linked to increases in addiction, psychosis, schizophrenia and violence. In states that have legalized, it has led to an increase in emergency room visits, hospitalizations, poison control center calls and an increase in use in every age category, including youth. There has also been a dramatic increase in a condition called Cannabinoid Hyperemesis Syndrome.

It defies common sense that state lawmakers are ignoring these consequences!

We know that as perceived risk goes down, use goes up. In 2013, our state lawmakers — who are not medically trained — approved “medical” marijuana. Make no mistake, the message they are sending to the culture, and our kids, is that this addictive and intoxicating drug is harmless. Not only is it medicinal, but it’s “recreational” — approved to use as a way to help people unwind and loosen up.

Why are our state lawmakers willing to give their stamp of approval to a known destructive narcotic? Just for a puny new revenue stream?

Legalization will lead to more users, more addicts, more unqualified employee candidates, more intoxicated drivers, more work place accidents, more disabilities, more homeless, more mental illness and more dependents on social welfare. Marijuana use among people 25 and under will increase dramatically — those whose brains are still developing and whose brains are most susceptible to the harms of marijuana use.

Why are state lawmakers setting such a terrible example for our children and grandchildren? They are failing in their job of protecting the citizenry.

YOU can help stop this foolishness from becoming reality in Illinois.

Take ACTION: Please pray that this bill fails in the House! Then Click HERE to send an urgent email asking your state representative to oppose HB 1438. Then make a quick call to his/her Springfield office. Click here for the Springfield office phone number. After entering in your information, you will find that the last official on the list is your state representative. He/She needs to hear from you TODAY. 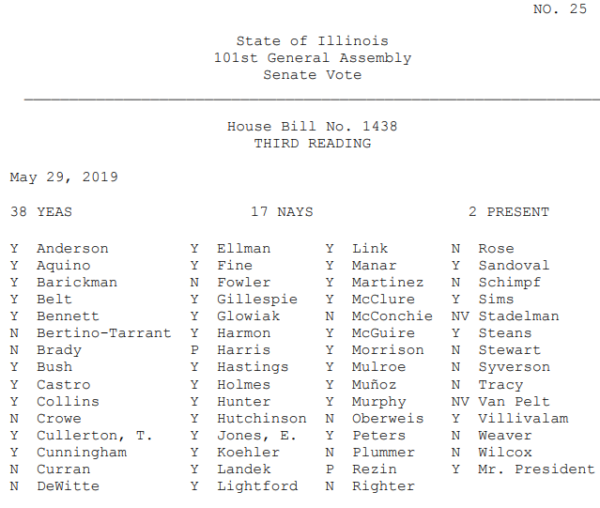