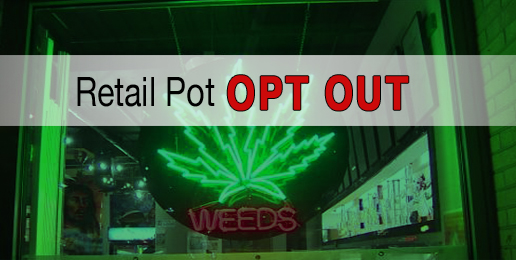 Last month, on June 25th, Illinois Governor JB Pritzker signed legislation to approve so-called “recreational” marijuana for persons 21 years old and older. When this law (HB 1438 Senate Amendment 2) takes effect on January 1, 2020, it will allow the licensed growth, sales, possession and use of marijuana. The Land of Lincoln becomes the 11th state to legalize this dangerous intoxicant for recreational purposes.

The federal government still classifies marijuana as a schedule 1 drug, which means it remains illegal. According to the DEA website, “Schedule I drugs, substances, or chemicals are defined as drugs with no currently accepted medical use and a high potential for abuse.”

There is, however, a way to mitigate the consequences of this destructive policy. The bill that was passed by the General Assembly and hastily signed into law by our governor allows villages, cities and counties to opt out of marijuana retail sales. If you do not want marijuana addicts and recreational users driving in and out of your community regularly to purchase drugs, this important option must be considered.

Take ACTION: Ask your local mayor, village trustees, aldermen and county board members to pass an ordinance prohibiting marijuana dispensaries and marijuana businesses in your community. The Village of Morton in central Illinois is the first municipality to pass such an ordinance. Their ordinance can serve as a template for other communities: Click HERE for this sample ordinance.

Once it is introduced, ask local pastors, local law enforcement officials, doctors, counselors, fire chief and emergency personnel, teachers, school administrators, activists and others in the community to write letters and speak at public hearings in support of a ban on marijuana sales. Cover this entire process in your prayers. Pray especially for the wisdom of local officials who must vote on this proposal.

Today’s high potency marijuana is linked to increases in addiction, psychosis, schizophrenia and violence. States that have legalized it have seen an increase in emergency room visits, hospitalizations, poison control center calls and an increase in use in every age category, including youth. There has also been a dramatic increase in a condition called Cannabinoid Hyperemesis Syndrome.

As perceived risks are blunted by this law, we fully expect an increase in users, addicts, unqualified employee candidates, intoxicated drivers, work place accidents, disabilities, homelessness, mental illness and social welfare dependency. We expect to see marijuana use among people 25 and under—those whose brains are still developing and whose brains are most susceptible to the harms of marijuana use—dramatically increase.

Please take action to diminish the consequences of recreational marijuana in your community.

It is important to note that Gov. Pritzker worked diligently for this legislation, working with the Illinois Senate and Illinois House sponsors of this bill to secure it’s passage. NPR Illinois even highlighted the “Marijuana Moms” who led the charge: Illinois State Senators Heather Steans (D-Chicago) and Toi Hutchinson (D-Olympia Fields), and State Representatives Kelly Cassidy (D-Chicago) and Jehan Gordon-Booth (D-Peoria). How mothers of any political persuasion could promote this dangerous policy is baffling.

In their desperation to find a new revenue source to fix the financial mess they created (and/or to promote a so-called “social justice” antidote), these lawmakers failed sorely in their job to protect Illinois citizens.