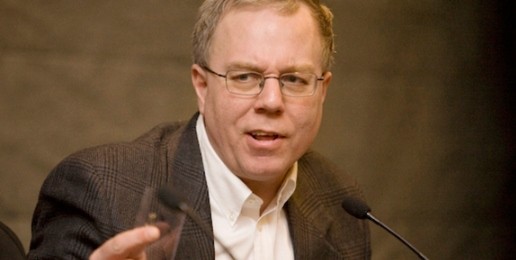 Yesterday I wrote about the question Chicago Tribune columnist Eric Zorn posed to me regarding the potential effects of legally recognizing same-sex unions as marriages. He asked for specific research on which to base “gloomy” predictions and asked what “animated” groups like ours to oppose same-sex “marriage.” It’s important to note that his question was premised on the implicit assumption that predictions about the effects of changing the legal definition of marriage should only be justified by sociological or objectively-measured research. But such an assumption must itself be justified. There are other warrants or justifications for predictions, including both those that derive from logic or history.

It’s not only arbitrary to say predictions should be justified only by sociological research or data, but it’s also an idea not widely or consistently held by the Left. For example, lesbian attorney and former Georgetown University law professor, Chai Feldblum has predicted that once same-sex “marriage” is legalized, conservative people of faith will lose religious rights. And she did not base her prediction on sociological research. She based her prediction on her knowledge of the law and how the establishments of legal precedents under one set of facts are later used to expand into other areas of the law. I included that in my email to Mr. Zorn, but that wasn’t a quote he chose to include in his column.

The Left has made fervid claims about the salubrious (i.e., favorable to health or well-being) cultural effects of the legalization of same-sex “marriage” with very little evidence. In fact, they made those claims long before there was any evidence.

Zorn seems concerned solely about marriage and divorce rates, whereas conservatives are “animated” by a whole host of cultural effects. He spends some time exploring marriage/divorce statistics from Massachusetts which has had legalized same-sex marriage for a mere nine years. He also mentioned Europe. Zorn might want to look at the sobering marriage and divorce rates  in the European Union, in which a number of countries legalized same-sex “marriage” or civil unions prior to Massachusetts. I’m certainly not suggesting that the legalization of same-sex marriage is the cause of these dispiriting rates, but it may be a contributing factor.

One of my reasons for writing this follow-up to yesterday’s article is that an attorney wrote me, disagreeing with my assertion that “the legalization of same-sex marriage will not affect my marriage.”  He felt that I left out something important. Here’s an excerpt from his email:

Every citizen in the country is harmed by the erosion of personal rights such as the freedom of religion, which includes the freedom to choose—based on religious beliefs—not to partake in celebrating gay marriages by choosing not to do business related to them. It is much the same way that all Americans are harmed when a person of color is discriminated against. Our country is less free and less what it was intended to be when such things happen.

It’s surprising that “progressives” claim they can’t see any potential negative cultural effects from the legalization of same-sex “marriage.” In the corporate world, it’s easy to express the view that marriage has no inherent connection to sexual complementarity. If an employee expresses a dissenting view, professional repercussions are possible if not likely. Human resources and the ironically named “diversity officer” assert that such views make homosexuals feel “unsafe”—(another proposition inconsistently applied). So already, we’re seeing the loss of religious freedom and speech rights.

It’s one thing to say, “Yes, those liberties will be diminished, but they’re justifiable losses,”—a claim with which I would disagree. It’s entirely different to say there will be no ill effects, which seems to be the view of Zorn and his ideological compeers.

I’ve not yet heard “progressives” offer reasons why their newfangled definition of marriage that says marriage is just about love would allow for the retention of the requirement that marriage be composed of only two people. Already polygamists of the Fundamentalist Latter Day Saints variety and polyamorists are using the very same definition to fight for their “equal marriage rights.”

Those on both sides of the same-sex “marriage” debate believe marriage has a nature that the government merely recognizes but does not create out of whole cloth. Conservatives assert that central to marriage is sexual complementarity (which accounts for the “twoness” of marriage), without which it’s not marriage.

Most “progressives,” on the other hand, claim that marriage is centrally constituted by the presence of erotic/romantic love between two people of any sex (of course, they can’t account for the “twoness” that they claim is essential to marriage and should not be jettisoned).

We would do much better at discussing this issue, which (like abortion) will never go away, when the Left ceases to impute false and ugly motives to their opponents—motives that they don’t impute to themselves as they seek to maintain marriage as a binary institution. Continuing to spew poison for political gain is the sole cause of the new form of bullying that is emerging and is described by a father in this email I received yesterday:

My family, specifically my daughter, has been verbally attacked by friends and classmates accusing her and our family as being Christian bigots because of our position that marriage is between one man and one women and should not be redefined by politicians, many of whom have been elected in a corrupt political environment.

Some liberal and “progressive” friends state that we are anti-gay and bigoted because we choose to exercise our 1st Amendment rights to express these beliefs in the public square.

My older children who attend a public school are being labeled as “narrow-minded” freaks. Would these “enlightened” public officials allow my family to file an anti-bulling claim and seek damages against the school district?

Unfortunately, these are the signs of the times that we face today and the more reason that we must pray for those who ‘hate’ Christians for our beliefs. They will come to know the truth only by our love and how we live our faith.

The Left mistakenly believes this issue will eventually go away because they mistakenly believe homosexuality is analogous to race. And it is this foolish and indefensible analogy that they use to justify intolerance, censorship in schools, the usurpation of parental rights, and the diminution of First Amendment speech and religious protections.