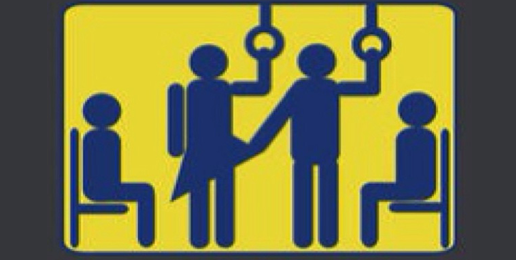 Paraphilias of the Day: Frotteurism and Toucherism
Written By John Biver   |   12.02.17
PRINT

Before we briefly cover our next group of people who will soon be demanding acceptance, it is worth taking a minute to focus on Laurie Higgins’ excellent post on the Illinois Family Institute website. In her article Illinois Association of School Boards’ Disturbing Document, Higgins writes:

“Progressives” seem to believe they have a unilateral right to control language. They establish Orwellian language rules, changing grammar and redefining terms like “safety,” “hate,” and “tolerance.” And now they’re trying to circumscribe what respect and dignity entail. Don’t be bullied. No one has an obligation to defer to Leftist Newspeak. For many people of faith, treating others with respect and dignity includes respect for the truth and meaning of their physical embodiment as male or female. To deny the truth that they are created in the image of God—male or female—is to disrespect them. To facilitate, affirm, or appear to affirm a lie as true is an act of profound disrespect.

Later on in the article, she writes:

There are several reasons why the incoherent, deceitful, anti-science “trans” ideology is transforming the country at breakneck speed, two of which  are the ignorance and cowardice of conservatives. Conservatives need to learn about this ideology and resolutely resist the efforts of “trans” cultists to control language and sexually integrate private spaces.

“Trans” ideology is just the ideology of the moment. Many more are to follow. Eventually conservatives will have to overcome their ignorance and find their backbone as the LGBT list continues to grow longer.

Now to our paraphilias of the day: Frotteurism and Toucherism.

“Toucherism” might have given you the clue about the definition. And yes, Wikipedia has a page for “Groping” as well.

Frotteurism is a paraphilic interest in rubbing, usually one’s pelvic area or erect penis, against a non-consenting person for sexual pleasure. It may involve touching any part of the body, including the genital area. A person who practices frotteuristic acts is known as a frotteur.

Toucherism is sexual arousal based on grabbing or rubbing one’s hands against an unexpecting (and non-consenting) person. It usually involves touching breasts, buttocks or genital areas, often while quickly walking across the victim’s path. Some psychologists consider toucherism a manifestation of frotteurism, while others distinguish the two. In clinical medicine, treatment of frotteuristic disorder involves cognitive behavior therapy coupled with the administration of a SSRI.

School districts of the not too distant future might want to get ready for the letters F and T. Those demonstrating those tendencies are merely expressing who they are — and who are we to disrespect them by using the wrong words (perhaps “pervert”) when referring to them?

While “groping” is not listed among the paraphilias, here is Wikipedia’s current definition for your reading pleasure:

When used in a sexual context, groping is touching or fondling another person in an unwelcome sexual way using the hands. The term generally has a negative connotation in many societies, and may be considered sexual assault, and terms such as frotteurism (or toucherism) may describe the practice of a person rubbing up against another person, typically using their sexual parts. Touching a consenting person’s body during sexual activity, massage, or medical examination is not usually considered groping, though the term is sometimes used to include clumsy, selfish, or inappropriate sexual touching. Areas of the body most frequently groped include the buttocks, breasts, vulva and thighs on a woman, and the penis, testicles and buttocks on a man. Gropers might use their hands, but pressing any part of their body against another person can be considered groping.

I can see it: LGBTFT…and calls for anyone who objects or disagrees to stop being an intolerant bigot. Get on the right side of history you frotteurismphobes!

Also worth reading at the IFI website is Tami Jackson’s recent “The Law of the Harvest: America Sows Free Love and Reaps Heartbreak,” which lays out the cultural background for how we got to this Harvey Weinstein (et al) era.

Up next: Identity Politics in 2018 and Beyond: Are Conservatives Ready?