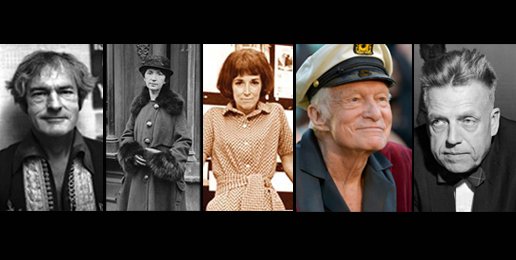 America was founded as a beacon of light, a refuge to those who only wanted to worship the God of the Bible as they saw fit. Our founding documents, the Declaration of Independence and the United States Constitution, were infused with biblical precepts and a presumption of a Creator and His transcendent Truth.

For over 200 years this experiment in liberty flourished, lighting the world with the light of Truth and Righteousness.

At times during our nation’s history, Americans en masse veered toward the broad path to destruction. And at every departure from upright and moral living, a preacher or prophet of sorts would proclaim the words of God’s inspired Book, people would repent, and our national character would be righted.

This day I call the heavens and the earth as witnesses against you that I have set before you life and death, blessings and curses. Now choose life, so that you and your children may live. Deuteronomy 30:19

But in the twentieth century, culture-changers assaulted our society, teaching people to exchange the truth for lies, with cascading and calamitous results. The following have deceived people to choose death, rather than life.

Margaret Sanger (September 14, 1879 – September 6, 1966), a nurse and proponent of birth control and eugenics, inspired the Nazis with her notions of breeding and forced sterilization to weed out the less than desirable races. “Nurse” Sanger was the Founder and first president of Planned Parenthood.

And like the modern day organization, cloaking its true agenda in palatable verbiage such as “family planning” and “choice,” Margaret’s goal was far more evil than the respectable facade she presented.

Thanks to Margaret Sanger, Planned Parenthood has cruelly slaughtered approximately 300,000 pre-born children a year since Roe v. Wade, or about 13.2 MILLION total.

Thanks to Sanger, life has been cheapened, and sexual intimacy divorced from the God-ordained, relationship of marriage.

Sanger pushed America to sow the seeds of destruction and the devaluation of life with abortion and a utilitarian view of human life.

Subsequently we’ve reaped the harvest of catastrophic and crippling depression in generations of women.

Alfred Kinsey (June 23, 1894 – August 25, 1956) was a biologist, professor of entomology and zoology, and a sexologist. He is known as the “Father of the Sexual Revolution” and founded the famed Kinsey Institute for Research in Sex, Gender, and Reproduction. Kinsey shook the nation with his books, Sexual Behavior in the Human Male (1948) and Sexual Behavior in the Human Female (1953).

These books revealed to a shocked and somewhat titillated population things they had never known about themselves: That between 30-45% of men had affairs, 85% of men had had sex prior to marriage, that a staggering 70% of men had slept with prostitutes, and that between 10 and 37% of men had engaged in homosexual behavior.

Alfred Kinsey’s studies, in retrospect, paved the way for hedonistic depravity. And how did Kinsey obtain the findings reported in his books?

Kinsey himself was a pervert and a sex criminal.

For example, where did he get all of his data on the “sexual behavior of children”? The answer is nothing short of chilling. Dr. Judith Reisman (whose research has since been confirmed time and time again) explained in her groundbreaking work Sex, Lies and Kinsey that Kinsey facilitated brutal sexual abuse to children as young as two months old, to get his so-called research:

The Father of the Sexual Revolution was a sado-masochistic bi-sexual sex criminal who facilitated the sexual torture of infants and children.

Thanks in large part to Alfred Kinsey, sexual deviancy and pedophilia were heralded as normal, and any and all sexual activity divorced from the God-ordained, relationship of marriage.

Kinsey taught America to sow the seeds of depraved sexual activity without the good and protective constraints of the previously held Judeo-Christian worldview.

More than two million cases of chlamydia, gonorrhea and syphilis were reported in the United States in 2016, the highest number ever, according to the annual Sexually Transmitted Disease Surveillance Report released today by the Centers for Disease Control and Prevention (CDC).

“Increases in STDs are a clear warning of a growing threat,” said Jonathan Mermin, M.D., M.P.H., director of CDC’s National Center for HIV/AIDS, Viral Hepatitis, STD, and TB Prevention. “STDs are a persistent enemy, growing in number, and outpacing our ability to respond.”

An epidemic accelerating in multiple populations—impact growing in women, infants, and gay and bisexual men.

Timothy Leary (October 22, 1920 – May 31, 1996) was an American psychologist and writer. He was an enthusiastic advocate of LSD and other psychedelic drugs. Leary’s famous quote “turn on, tune in, drop out” affected a generation of rebellious youth in, for the most part, the 1960’s and 1970’s.

Thanks to the influence of Timothy Leary, a generation or more of Americans chose to escape life via drugs, and became enslaved by LSD, heroin, barbiturates, and other dangerous substances. Thousands of young Americans followed Leary’s direction into an untimely death.

Timothy Leary cajoled Americans to sow the seeds of escapism and societal anarchy and substance abuse.

Subsequently America has reaped the harvest of crime, ruined lives, and death.

Helen Gurley Brown (February 18, 1922 – August 13, 2012) was an author, publisher, and businesswoman. She pushed women in America to throw off their sexual inhibitions. Brown’s book, Sex and the Single Girl (1962) “encouraged women to become financially independent and experience sexual relationships before or without marriage.”

Brown gained further prominence as the Editor-in-Chief of Cosmopolitan magazine from 1965 – 1997. Continuing her mantra of sex without boundaries, Cosmo under HGB “set itself apart by frankly discussing sexuality from the point of view that women could and should enjoy sex without guilt.”

To this day Cosmopolitan is known for its edgy (aka immoral) sexual agenda and in September of this year alone reached over 32 million readers.

Thanks to Helen Gurley Brown, millions of young women were led to believe that sexual intimacy can and should be enjoyed without the burden of marriage and fidelity.

Subsequently American women reaped the harvest of babies out of wedlock, abortion, sexually transmitted diseases, and ruined lives and marriages.

Hugh Hefner (April 9, 1926 – September 27, 2017) was an American businessman, magazine publisher and playboy. He rejected the Christian faith of his parents in exchange for a life of rampant sexual conquest. “Hef” was Founder and Editor-in-Chief of Playboy magazine. Wikipedia describes Playboy:

Playboy is an American men’s lifestyle and entertainment magazine. It was founded in Chicago in 1953, by Hugh Hefner and his associates, and funded in part by a $1,000 loan from Hefner’s mother. Notable for its centerfolds of nude and semi-nude models (Playmates), Playboy played an important role in the sexual revolution and remains one of the world’s best-known brands, having grown into Playboy Enterprises, Inc.

After his death in September of this year, many in the world were lauding Hugh, such as frequent Playboy model and one-time Playmate of the Year, Jenny McCarthy, who gushed:

[Hugh was] the most good-hearted, caring, generous, supportive friend, and mentor…his zest for life was contagious

But what is the truth?

The truth is that Hugh Hefner disseminated the lies that women are playthings (i.e. Playmates), objects of men’s desires and lust, and tools for gratification.

Contrast that with God’s admonition for love within marriage:

Husbands, love your wives, just as Christ loved the church and gave himself up for her. Ephesians 5:25

However, each one of you also must love his wife as he loves himself, and the wife must respect her husband. Ephesians 5:33

Thanks to Hugh Hefner, pornography became commonplace in America and women were stripped, not only of their clothing, but of their intrinsic worth. Thanks to Hef, sex became a meaningless pastime, a means to a few moments of physical pleasure, rather than the height of intimacy between husband and wife and a means of procreation.

God created sex to be beautiful and meaningful. Satan, the great liar who loves to offer counterfeits, twists it into a vile, animalistic act.

Hugh Hefner and Playboy magazine led our culture to sow seeds of dehumanizing women, and separating sexual intimacy from the safe, loving environment of true marriage.

And subsequently America has reaped a culture teaming with sexual users and predators. Harvey Weinstein and Kevin Spacey and the other users in Hollywood and elsewhere didn’t happen in a vacuum, or by accident.

The Apostle Paul tells us in Galatians:

Be not deceived; God is not mocked: for whatsoever a man soweth, that shall he also reap. Galatians 6:7

If we repent, as individuals, and as a nation, we can re-light our beacon. But Americans must follow Truth and Life. We must choose Blessing not Cursing. We must reject the false promises and evil teaching of Margaret Sanger and Alfred Kinsey and Timothy Leary and Helen Gurley Brown and Hugh Hefner and others.

There is a way which seemeth right unto a man, but the end thereof are the ways of death. Proverbs 14:12

If Americans choose Truth, then we’ll reap blessing and life and life abundantly.

But only if we choose Truth.