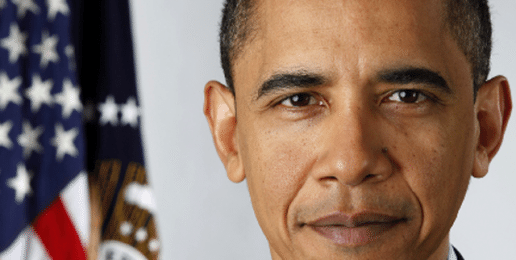 What does his eloquent prose really mean to us?

To the man who captured the hearts of over 53%i of Americans, a man of both precedence and outward candor, and a man who overwhelmingly won the most esteemed office in our land, Barrack Hussein Obama. Along with the opening of a new chapter in President Obama’s and our nation’s history, was the anticipated turning of the page in the lives of so many hopeful Americans who had hoped the mantra of “Change” would bring an economically strong and viable country, sustainable jobs, and an end to massive foreclosures and corporate corruption.

The majority of Americans had high hopes and expectations; in part, guaranteed by the man himself who said “I am a blank slate to be written upon”. Many of us probably assumed that WE would be the ones writing on his canvas what WE wanted America to be like – a strong and vibrant America. However, over the past three years we have seen something far different than we had been told, and something far more alarming than most in this generation had ever seen. Here is our leader, who swore to represent the people of this country. Here is our leader, who swore to uphold the rule of law and Constitution of this great land. Yet, time and time again, we clearly see a man driven by another agenda. An agenda of his own choosing, that has no regard for the clear majority in this country.

Over the past three years, many of the 63 million who voted for Obama have slowly but surely seen the components of his “Change” theory. Focusing on Mr. Obama’s speech on the Middle East and North Africa, given just days ago, let us analyze some of the components of “Change” as President Obama sees them.

-For six months, we have witnessed an extraordinary change taking place in the Middle East and North Africa…

-But the events of the past six months show us that strategies of repression and strategies of diversion will not work anymore…And so a new generation has emerged. And their voices tell us that change cannot be denied.

A new generation has never been born within 6 months. A basic rule of thumb in analyzing numbers is that “a month does not make a trend”. Not even six months should be an acceptable timeframe to measure the sustainability of the changes we have all witnessed in this region–a region that is riddled with corruption, soaked in deep-seated sectarian and religious hatred, and a land without the vital infrastructure of unity, legitimate and transparent distribution of finances, political structure, and a people skilled in voicing their demands without the fear of retaliation.

One hundred sixty-seven years. It took 167 years from the time the pilgrims set sail on the Mayflower in 1620 to the signing of the U.S. Constitution on September 17, 1787. This is 17 years after a riot broke out in Boston over Britain’s excessive tax on tea, known as the Boston Tea Party. Like in Egypt, here was a revolt against an oppressive and corrupt government. Yet, the U.S. Constitution was not signed 6 months later. With many battles in between to steady our resolve, 17 years passed before WE officially declared our independence from Britain.

Let us not forget the Black American struggle. It was another 76 years after the Constitution was signed before the Emancipation Proclamation went into effect on January 1, 1863, freeing slaves. Yet still, another 101 years passed before the end of the legal sanctions of Jim Crow laws with the signing of the Civil Rights Act of 1964.ii iii There were many battles won and lost that tested the spirit of the American people – blacks and whites alike. But, through the struggles we found ourselves, we defined ourselves.

What am I trying to say here? Simply, that we did not declare our independence 6 months after leaving Britain. We did not declare our independence the day after the Boston Tea Party. By the time of the signing of the Constitution, WE had fought enough smaller battles that our resolve and steadfastness was assured. Before France and others came to our aid, WE were resolved and our pursuit for a better life had been time tested.

The proof is in the pudding. Before $2 billion plus are given to Egypt, we should demand to see the evidence of a change in nature. Before we assist in building up the infrastructure of those not typically considered our friend, but historically are our foes, we should expect to see a people proving to themselves that they want different for themselves. This evidence should not be based on emotional stories given to us by our President. So much is at stake that we should not base our decisions on random hearsay of people chanting “Muslim, Christians, we are one”ivwhen we see and hear differently.

-May 17, 2011 – Christian Protesters attacked in Egypt, angry mob of over 100 rushed the Christians hurling rocks and fire bombs.vii

-In Cairo, we heard the voice of the young mother who said, “It’s like I can finally breathe fresh air for the first time.

-In Sanaa, we heard the students who chanted, “Our words are free now. It’s a feeling you can’t explain.

-In Damascus, we heard the young man who said, “After the first yelling, the first shout, you feel dignity.”

-After local officials refused to hear his complaints (a Tunisia street vendor who’s cart was confiscated), this young man…went to the headquarters of the provincial government, doused himself in fuel, and lit himself on fire.

-We have the chance to show that America values the dignity of the street vendor in Tunisia more than the raw power of the dictator. There must be no doubt that the United States of America welcomes change that advances self-determination and opportunity.

-We have a stake not just in the stability of nations, but in the self-determination of individuals.

-The United States supports a set of universal rights.

-…we support political and economic reform…that can meet the legitimate aspirations of ordinary people throughout the region.

-Today I want to make it clear that it is a TOP PRIORITY that must be…supported by ALL of the diplomatic, economic and strategic tools at our disposal.

-What we will oppose is an attempt by any group to restrict the rights of others, and to hold power through coercion and not consent. (Question: would this include China next?)

Based on emotion-driven stories, our leader has pledged America’s full support and resources to help the “self-determination of individuals”. America is not a global cowboy (and girl) or a global watchdog. It is not our job to swoop in and make sure every Sovereign country is treating everyone nicely – humanly even. Based on 6 months of revolt, many tear-jerking stories, and President Obama’s personal affinity towards the region, America’s overly strained resources have been pledged to help others feel better about themselves and their opportunities in life. Admirable, indeed; but, a vibrant America should be his TOP PRIORITY. Instead, little is being done to ease American’s woes:

-Nationally, on average, we are paying $4 a gallon for gas. Chicago gas prices are nearing $5 a gallon. This noose around our wallets could be lessened if it became a TOP PRIORITY for our representatives.

-Since 2008, inflation rates have steadily increased year-over-year and in every single month this year.viii Over the past 6 months, the costs to purchase the following necessities have risen.ix Note: these are real expenses felt every day.

What am I trying to say? Simply, we cannot afford to save anyone until we first save ourselves. Notice the litmus test Mr. Obama uses to swoop in and pledge our boundless allegiance – UNIVERSAL RIGHTS of people and assisting the WORLD in securing their freedom (i.e., self-determination). Will this litmus test apply to China next, where sterilization is still a thing of the present for the citizens of China? This is an apparent shifting away from imposing ourselves upon another nation when our own interests are not in danger. This new paradigm begs the question “is there such a thing as national sovereignty anymore?” Are borders a thing of the past? Can anyone say with me “One World Government”? Is the inevitable future upon us, now?

The buzz word “universal rights” is something we should expect to hear more and more of, so listen out. But, for now, let the Middle East build their own change, by their own sweat equity. According to the CIA World Fact Book, the sum of the Arab nation’s account balance is roughly $63 billion, while America’s net account balance is a negative -$561 billion.xii xiii That buys a lot of assistance and power within their own community, to help their own people. And, if they are not willing to help themselves then why should we rush to pledge our best to them. It is doubtful that the average American wants to spend needed resources being “global bullies” and forcing sovereign countries to bend to our beliefs.

Throughout the first half of Mr. Obama’s speech, it became evident that he does not only want to help those who are helping themselves by taking to the streets in revolt. But, he is willing to be the Agent of Change in other Arab countries as he sees fit. As history tells us, this would be most unwise and very expensive in both American lives and dollars.

Perhaps it is true, that global change today comes at a much faster pace than the one we read about in our history books. Perhaps, the train has left the station, and there’s nothing we can do about it. Perhaps, this course in history is inevitable. But, is this what America wants? Does the voting public have a say in the country we want and in the role we believe we should play in the world? Or, are those matters now decided for us by the elites?

xii Account Balance is a country’s net trade in goods and services, plus net earnings from rents, interest, profits, and dividends, and net transfer payments (such as pension funds and worker remittances) to and from the rest of the world during the period specified. These figures are calculated on an exchange rate basis, i.e., not in purchasing power parity (PPP) terms.

Kathy Barnette is a conservative black young mother. She spent over 14 years in financial advising and over 10 years in the Armed Forces Reserves. She is currently an adjunct Professor of Finance and Organizational Behavior, a Christian conference speaker, and writes forExaminer.com. Her blog can be found at TrueChristianLiving.com.