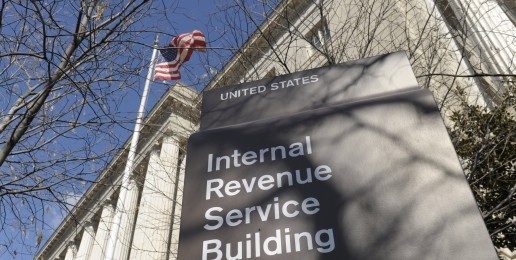 The Thomas More Society is speaking out about blatant bias by the supposedly apolitical tax-collection agency. Cases handled by the Chicago-based public interest law firm support mounting accusations that demonstrate the agency’s abuse of pro-life organizations, in addition to those identified as ‘tea party’, ‘patriot’, or ‘government spending’ groups. Outrage spurred by recent revelations of IRS discrimination against these groups has also led the Senate Finance Committee Chairman Max Baucus to announce a full investigation into the matter.In one case, the IRS withheld approval of an application for tax exempt status for Coalition for Life of Iowa. In a phone call to Coalition for Life of Iowa leaders on June 6, 2009, the IRS agent “Ms. Richards” told the group to send a letter to the IRS with the entire board’s signatures stating that, under perjury of the law, they do not picket/protest or organize groups to picket or protest outside of Planned Parenthood. Once the IRS received this letter, their application would be approved. After a series of letters following a request for more invasive information, Thomas More Society special counsel Sally Wagenmaker sent a letter to the IRS demanding the tax exempt status be issued immediately.Wagenmaker summarized her concerns about what she called “the IRS’s disturbing ability” to stall and suppress legitimate applicants. She explained how through lengthy questionnaires and wrong citations of applicable law (as in the case of Coalition for Life of Iowa), applicants with less fortitude or without access to legal advocates like the Thomas More Society will be effectively silenced from exercising their constitutional freedoms. Wagenmaker added, “The IRS’s role should only be to determine whether organizations fit the section 501(c)(3) test for ‘charitable, religious, or educational’ qualification, not to inquire about the content of prayers, protests, and petitions. It’s high time that the IRS be called to account for its workers’ potential to trample on our constitutional rights, through such ostensibly innocuous means…what the Ways and Means committee will discuss may only be the tip of the iceberg of IRS abuses.”In another similar case, the IRS withheld approval of an application for charitable tax-exempt recognition of Christian Voices for Life, questioning the group’s involvement with “40 Days for Life” and “Life Chain” events. The Fort Bend County, Texas, organization was subjected to repeated and lengthy unconstitutional requests for information about the viewpoint and content of its educational communications, volunteer prayer vigils, and other protected activities.“The application of Christian Voices for Life clearly indicated that the organization qualified as a charitable organization under section 501(c)(3),” stated Sally Wagenmaker. She added, “The IRS seemed to be intent on denying or delaying tax-exempt status based upon the organization’s pro-life message, rather than any legitimate exemption concern, through its exhaustive, cumbersome questioning. The implication that Christian Voices for Life somehow intended to engage in illegal activity was insulting.”Sally Wagenmaker is available for interviews. Contact Tom Ciesielka at 312-422-1333 or tc@tcpr.net.Details on the IRS abuse of “Christian Voices for Life” are available here.Details on the IRS abuse of “Coalition for Life of Iowa” are available here.

Thomas More Society is a national not-for-profit law firm that exists to restore respect in law for life, marriage, and religious liberty. Headquartered in Chicago, the Society fosters support for these causes by providing high quality pro-bono professional legal services from local trial courts all the way to the United States Supreme Court.