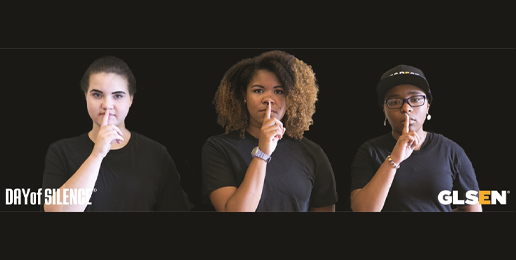 Warning to Parents: The Day of Silence is Almost Here
Written By Laurie Higgins   |   03.10.17
PRINT

In just six weeks, the Gay, Lesbian and Straight Education Network (GLSEN) will again attempt to ram their sexuality ideology down the throats and into the hearts and minds of other people’s children via the hijacking of government schools for the political protest called the Day of Silence.

On Friday, April 21, 2017 at thousands of middle and high schools around the country, GLSEN will ask students to refuse to speak all day in support of the promotion of Leftist assumptions about homosexuality and gender dysphoria.

And those resources don’t include the for-profit merchandise GLSEN sells to adorn students on the Day of Silence, Ally Week, and other days. This merchandise includes t-shirts, pins, temporary tattoos, keychains, wristbands, lanyards, socks, sweatshirts, hoodies, and a $500 denim trucker jacket made by “Levi Brand.”

Although technically it is students—often students who belong to the “gay” clubs in schools—who sponsor the Day of Silence, all their activities are directed by the biased, Leftist organization GLSEN. Here are some of GLSEN’s “Jump-Start” documents to help students start “gay” clubs (also known as Gay and Straight Alliances) in their schools:

In addition, GLSEN incentivizes participation in the Day of Silence by offering free materials to all participants and extra “free swag” to the “first 3,000 registrants.”

In addition to the Day of Silence, there are numerous trends in public elementary, middle, and high schools regarding the controversial topics of homosexuality and gender dysphoria that make a vigorous public response necessary:

What can parents and teachers do?

While “progressives” in and outside of schools are using countless resources and activities to promote the normalization of homosexuality and gender dysphoria, there is only one organized annual event that allows conservatives to express their opposition to the hijacking of government schools for the pernicious purposes of homosexual activism: the Day of Silence Walkout, which offers several ways the Day of Silence can be opposed:

3.)  Conservative teachers should plan activities that require student participation. The ACLU—which supports the Day of Silence—has issued this statement: “[Students] do NOT have a right to remain silent during class time if a teacher asks you to speak.”

For years, teachers have been either modifying their lesson plans to accommodate student silence, creating lesson plans to reinforce the ideology of GLSEN’s Day of Silence, or participating in the Day of Silence themselves. It’s time for conservative teachers to do something constructive and courageous in the service of removing political hijinks from instructional time.

Every year a new crop of students enters middle and high schools whose parents naively believe that public schools value diversity, honor all voices, foster critical thinking, and are committed to creating a “safe” place for all views to be expressed. Those parents and many others whose children are returning students have no idea the extent of the pro-homosexuality propaganda that pervades their schools. And many have never heard of the Day of Silence.

The Day of Silence Walkout alerts parents to the exploitation of their public schools in the service of transforming the moral and political beliefs of their children.

The Day of Silence is not centrally a day committed to the eradication of bullying—a goal all decent people support. Rather, the Day of Silence organizers, promoters, and participants seek to exploit legitimate anti-bullying sentiment to normalize homosexuality and the “trans” cult. Despite what GLSEN says, it is possible to oppose bullying and oppose GLSEN’s Day of Silence.

The Day of Silence Walkout offers an easy, safe way for parents to express to school administrations, school boards, and their children’s teachers that they oppose the promotion of non-factual Leftist beliefs about disordered sexuality in taxpayer-funded public schools.

Student absences cost many schools money, and often that matters much more to school administrations and school boards than the beliefs and feelings of parents.

Beauty and the Beast: A “Gay” Tale for the Kiddies 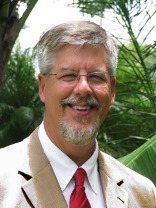