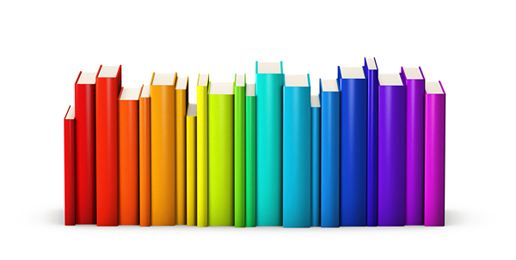 Wait Till You See What LGBTQQAP Activists Have Planned for Illinois Schools
Written By Laurie Higgins   |   02.27.18
PRINT

While conservatives squeak “uncle” about the “social issues” from the dark recesses of their homes and churches where they hide, the jackbooted Left marches boldly forward obsessed with making the “social issues” the central plank of everything. They’re especially obsessed with transforming the hearts and minds of other people’s children using taxpayer-funded government schools in which they have an audience of cultural captives.

The newest brazen effort to exploit public money in the service of propagandizing Illinois children is a creation of Equality Illinois and the Illinois Safe Schools Alliance, two of Illinois’ dubious “LGBTQQAP” activist organizations, and their most reliable allies in Springfield, State Senator Heather Steans (D-Chicago) and State Representative Anna Moeller (D-Elgin) who have sponsored SB 3249 and HB 5596 respectively.

If passed, this “Inclusive Curriculum” bill will require that any “book or book substitute that will be used as a text or text substitute” include the “role and contributions” of homosexuals and of men and women who adopt opposite-sex personas (also known deceptively as “transgender”). In other words, all materials used in schools must address the roles and contributions of people who define themselves by their disordered sexual desires.

In addition, this bill will require that “the teaching of history of the United States in public schools shall include a study of the role and contributions of lesbian, gay, bisexual, and transgender people in the history of this country and this State.”

This instruction shall be designed to teach that LGBT individuals have a rich history and have made substantial and valuable contributions to society, including government, arts, sciences, mathematics, sports, education, and in the economic, cultural, and political development of society. The instruction shall teach about the rich advocacy among the LGBT community and the LGBT community’s allies to be treated equally. Instruction shall reinforce that all people, regardless of sexual orientation, gender identity, or gender expression [i.e., cross-dressing], have a right to be treated with civil, legal and human rights, and as full human beings above all else.

When possible, adults, including school district employees who openly identify as LGBT and other openly LGBT adults in the community that the school district may decide to consult with, should be involved in the development and delivery of this instruction at the discretion of the LGBT individuals.

This bill applies to kindergarten through 12th grade. You read that right. Leftists seek to mandate that five-year-olds be exposed to positive portrayals of perverse sexuality, and they want this exposure to be reinforced every year for the next 13 formative years.

Equally deceptive is the reference to “full human beings.” “LGBT” activists relentlessly assert that disapproval of homosexuality or opposite-sex impersonation constitutes treating those who identify as homosexual or “trans” as less than full human beings. This language and this bill are intended to use cultural accomplishments to transform children’s view of homosexuality and biological-sex rejection and to silence dissent.

This bill’s advocates seek to use cultural achievements to suggest without stating that homosexuality and biological sex-rejection are good because people who affirm homosexual or “trans” identities did great things. The strategy employs a kind of false syllogism that goes something like this:

Sally Ride was a physicist, astronaut, and the first American woman in space.

Sally Ride was a lesbian.

The problem is that children, teens, and even many adults have a poorly developed moral compass. Children and teens are especially predisposed to thinking that those they love or admire are perfect in every way.

Can those who choose to place their unchosen same-sex attraction at the center of their identity do great things? Of course they can. And so too can people who experience other disordered desires and engage in other types of immoral acts. But subjective sexual feelings and the volitional acts impelled by those feelings have nothing to do with their great achievements. So, why mention them?

Leftists seek to associate homosexuality and opposite-sex impersonation with achievement in order to transfer the positive feelings people have about achievements to homosexuality and gender confusion. Leftists want to inculcate young minds and hearts with arguable propositions without actually having to make an argument with evidence and without allowing dissenting arguments to be made. The Left treats their arguable assumptions about the morality of homosexuality and biological-sex rejection as if they were unassailable objective moral truths. And they’re counting on no one noticing or addressing what they’re sneakily doing.

Lawmakers, administrators, and school board members would never allow teachers to present to students resources that include the role and contributions of polyamorists, sibling-lovers, or promiscuous persons. Or rather, they wouldn’t allow teachers to identify the polyamorous predilections, incestuous identities, or promiscuous propensities of men and women whose achievements are shared with students. And why not?

Because—at least for now—lawmakers, administrators, and school board members believe polyamory, consensual incest, and promiscuity are immoral and unhealthy. And therein lies the problem: Many people—including Orthodox Jews, Muslims, Protestants, Catholics, and the Eastern Orthodox—believe that homosexual activity and opposite-sex impersonation are equally immoral. Public schools—which are funded by all taxpayers and serve a diverse population—have no business treating homosexuality or opposite-sex impersonation as if it were objectively and inarguably moral.

Furthermore, this bill puts homosexuals–both inside and outside schools–in charge of curricula, and it requires that “LGBT” activism be taught. Obviously, such activism is to be taught positively. Schools are expected to teach about “LGBT” activism as they would teach about the Civil Rights Movement. But it’s not like the Civil Rights Movement because homosexuality per se is not analogous to race per se.

If this indoctrination bill is passed, “agents of change” (formerly known as teachers) will base their text selections not on the quality of a text but, rather, on whether it was written by a homosexual or by someone who adopted an opposite-sex persona or on how it depicts homosexuality and the “trans” ideology. Curricula will become–even more than it is already–a political tool.

If this bill is passed by the Illinois Senate and House and lands on “No-Social-Agenda” Rauner’s desk, is there any doubt that he will sign the bill into law? Remember, he just attended a swanky fundraising soiree hosted by Equality Illinois (which, by the way, was honoring Planned Parenthood). “No-Social-Agenda” Rauner spoke at and donated $15,000 to Equality Illinois to help it in its effort to eradicate moral truth about sexuality from the public square.

Former intelligence analyst and senior contributor at The Federalist, Stella Morabito, warns about the harms done to children through the kind of politicized curricula that Equality Illinois, Steans, and Moeller are pushing:

Identity politics and leftist politicization in the schools is pervasive these days…. Radical education reform has gutted school curricula of meaningful content, replacing it with identity politics, fads, and political activism.

The highly politicized nature of today’s public schools serves to draw virtual targets on the backs of students whose beliefs don’t align with its own. A bully is free to target with the taunt “bigot” any child who comes from a traditional Christian home, and the curricula will back them up.

While conservatives are badgered relentlessly to shut up about the “social issues,” Leftists rub their hands in glee. Unrestrained by anyone in their own party and with conservative obstacles largely removed, “LGBTQQAP” activists and their Leftist toadies advance their perverse positions on the “social issues.”

So, fight this bill, and while you’re doing that, plan an escape route for your children from government schools.