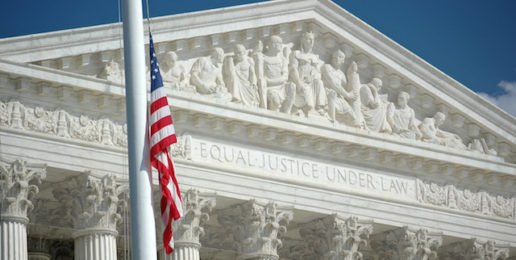 The Supreme Court of the United States (SCOTUS) issued a decisive victory for religious freedom and school choice this week in a 6-3 ruling in the Carson v. Makin case.

The case revolved around a Maine school-choice program that allowed parents to access taxpayer dollars for private school tuition. However, Maine attempted to prohibit parents from using the program to attend a religious school.

On Tuesday morning, the U.S. Supreme Court, in an opinion by Chief Justice John Roberts, ruled that a Maine private-school-choice statute violated the First Amendment Free Exercise of Religion, writing:

“[T]here is nothing neutral about Maine’s program. The State pays tuition for certain students at private schools— so long as the schools are not religious. That is discrimination against religion. A State’s antiestablishment interest does not justify enactments that exclude some members of the community from an otherwise generally available public benefit because of their religious exercise.”

We are thrilled that the Court affirmed once again that religious discrimination will not be tolerated in this country. Parents in Maine, and all over the country, can now choose the best education for their kids without fearing retribution from the government. This is a great day for religious liberty in America.

The Supreme Court affirmed this nation’s commitment to religious liberty in the case of Carson v. Makin. The court established a far reaching principle that when the government makes a benefit available it may not restrict the benefit based upon religion. While the case involved tuition assistance in schools, the principle established has the potential to extend across our civic life and keeps faith with the First Amendment’s Free Exercise Clause.

Justice Stephen Breyer wrote the dissent. In the dissent, Breyer said the majority gave too little credence to the establishment clause and too much to the free exercise clause, saying:

Yet the Chief Justice’s majority opinion ended with these three sentences:

Maine’s nonsectarian requirement for its otherwise generally available tuition assistance payments violates the Free Exercise Clause of the First Amendment. Regardless of how the benefit and restriction are described, the program, said the chief justice, operates to identify and exclude otherwise eligible schools on the basis of their religious exercise. The judgment of the Court of Appeals is reversed, and the case is remanded for further proceedings consistent with this opinion.

This is not the first time the SCOTUS ruled to uphold the religious exercise clause regarding taxpayer tuition aid for religious schools. In its June 2020 decision in Espinoza v. Montana Department of Revenue, the Court struck down a state scholarship program that excluded religious schools. And in 2017, the court found in Trinity Lutheran Church of Columbia, Inc. v. Comer that a church-owned playground can be eligible for a public benefit program.

Bottom line: The government should not discriminate against citizens who would choose to use their tuition-assistance for faith-based schools schools. Carson v. Makin is a victory not just for religious freedom but also for educational choice.